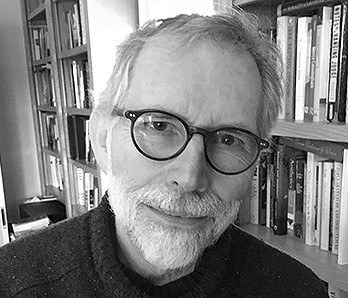 Peter Skerry
Peter Skerry teaches political science at Boston College and is a Fellow at the Institute for Advanced Studies in Culture at the University of Virginia. He is a contributing editor at The American Interest.
Articles
© Getty Images
Border Fight
Regaining Control Peter Skerry

A new book seeks to rein in the rhetorical excesses on both sides of the immigration divide.

If our democratic system is more “open” than ever before, why are today’s politics so alienating to so many?

Populism on the Right has been facilitated by the Left’s obsession with participatory democracy.

Published: Sep 03, 2019
Wikimedia Commons
What Once Was
Nathan Glazer—Merit Before Meritocracy Peter Skerry

The perambulating path of this son of humble Jewish immigrants into America’s intellectual and political elites points to how much we have overcome—and lost—over the past century.

An ex-Green politician discusses the failure of German elites—and why shunning populists backfires.

The press has shown a curious reluctance to explore the roles of two key actors in the ongoing drama at the U.S.-Mexico border.

It is difficult to resist the temptation to rant against the ineptness and mean-spiritedness of the Trump Administration’s recent border apprehension policies. Yet the moral and ethical obtuseness on display is the product of a long and complex history.

If educated Arab women respond to repression by adopting a transgressive liberationist agenda, it won’t serve any of us well.

Immigration Outside the Law By Hiroshi Motomura Oxford University Press, 2014, 360 pp., $29.95Hiroshi Motomura, professor of law at UCLA, has written the most thoughtfully and honestly argued brief for a liberal immigration regime in the United States that one is likely to find.  Exploring the implications of the Supreme Court’s landmark 1982 decision in […]

Today there is a sizeable gap between elite and non-elite opinion on immigration reform. Time to cut through the fog of fear and moralizing dividing them.