Podcasts
About Us
Privacy
Getty Images
The Battle for Ukraine
Putin’s Real Target: Democracy in Russia and Beyond
Arch Puddington & David J. Kramer

Vladimir Putin considers stable, prosperous, rule-of-law democracies along Russia’s border as a threat because of what they represent: the possibility of an alternative to autocratic rule in Russia.

Vladimir Putin’s brazen invasion of Ukraine and annexation of Crimea are a frontal assault not only on Ukraine’s territorial integrity but also on the very concept of freedom and the ability of people to choose their political destiny.

The outcome of the crisis—and the response by the West—may determine the prospects for democracy for Russia’s neighbors and beyond Eurasia.

For some time, Putin has resented attempts to build democratic governments on Russia’s periphery. To be sure, Putin has clashed with neighboring autocrats from time-to-time. But when dictators like Alexander Lukashenka of Belarus have been challenged by reform movements, Putin has invariably sided with the forces of despotism. At the same time, he has imposed trade restrictions on Poland, waged cyber warfare against Estonia, incited Russians in Latvia to undermine that country, and occupied Georgian territory. More recently, the Kremlin initiated a campaign of economic sabotage against Moldova after that country decided to join the EU’s Eastern Partnership agreement.

Much of the commentary, especially from foreign policy ultra-realists, has spoken blandly of Russia’s desire to exercise “influence” over Ukraine and other states formerly under Soviet control. But to Russia’s leaders, influence means more than proper diplomatic and economic relations with Moscow. Putin’s overarching objective is to control a country’s leadership and political direction. While he is most comfortable if a country has a system similar to Russia’s—a modern authoritarianism with empty trappings of democracy—he has tolerated governments that are somewhat more open but with mediocre, corrupt leaders who are well disposed to Russia, like Ukraine’s recently deposed President Viktor Yanukovych.

Russia’s most stable neighbors are the three Baltic states and Poland, democracies rooted in rule of law, and they also are members of the EU and NATO. And yet Putin considers them a threat because of what they represent. Democracy, transparency, rule of law, and respect for human rights are concepts that clash with the corrupt, authoritarian model Putin is intent on creating in Russia and along its borders. Greater democracy in neighboring states, he fears, could generate demand for meaningful freedoms inside Russia itself.

To staunch demand for liberalization, Putin has based his presidency on the suppression of the political opposition, and he has achieved this by marginalizing opposition parties and by relentlessly crushing civil society. He has taken special aim at dissident activists because he is aware of the role that civil society has played in promoting change in Ukraine, Georgia, and the Arab world.

Early on, Putin masterfully established control over messaging. From the beginning of his rule, command and control of the media have underpinned Putin’s governing strategy, including his takeover of two nationwide, privately held television networks. Russia today approaches the status of a classic propaganda state. Russia’s media focus single-mindedly on portraying the President as the latest in a line of great Russian strongmen, on promoting his policies, and especially on demonizing his opponents.

Propaganda is a permanent project for the Kremlin. The Russian media needed no time to prepare once Putin made the decision to annex Crimea and threaten to expand his intervention to eastern Ukraine. The propaganda offensive began immediately. Crimea was cut off from Ukrainian television and exposed to fabricated accounts of the depredations of Ukrainian fascists and the oppression of Crimean Russians. Ethnic Russians who live in Ukraine understand the grim implications of annexation. Some have told Western journalists that, whatever their reservations about the new Ukrainian authorities, they do not want to become citizens of Putin’s Russia. Those views are even more firmly held by ethnic Ukrainians and Crimean Tatars (24 and 12 percent of the population, respectively) living in Crimea.

Putin publicly blames the United States for the political movements that have overthrown despots in recent years. But behind his assertions is a deep apprehension that a stable democracy next door would threaten the legitimacy of his own repressive model. If he succeeds in grabbing Crimea, he is sure to mobilize his formidable weapons to destabilize the rest of Ukraine, in effect warning off the European Union and NATO, and to impose a new doctrine of limited sovereignty on Russia’s neighbors.

Beyond Eurasia, Russia has taken the leading role in a coalition of authoritarian regimes that provide diplomatic, economic, and occasionally military support for beleaguered dictators like Syria’s Bashar al-Assad. Not surprisingly, Russian officials have made clear their hope that democracy in the Arab world will fail.

When Putin assumed the Russian presidency in 2000, prospects for progress toward freedom in Eurasia seemed promising. In the intervening years, political conditions have deteriorated to the point that people living in the post-Soviet sphere face levels of repression as severe as those experienced in the Middle East. Putin is not solely responsible for this. But he is the principal enabler. He has recently gone a step further by arguing that his system—with its political prisoners, anti-gay and anti-immigrant campaigns, and noisy propaganda—is as desirable and legitimate as Western liberal democracy as a model for other countries.

Western leaders must recognize that the serious threats posed by Russian expansionism include challenges to freedom of speech, honest elections, the rights of minorities, and a just legal system—the foundational values of liberal society. Accordingly, the response to events in Ukraine must be strong and swift—tough sanctions against Putin and his regime and support for the Ukrainian people. Left unchallenged in a serious way, Putin’s “success” in Ukraine will whet his appetite for further campaigns to expand Russia’s influence at democracy’s expense. 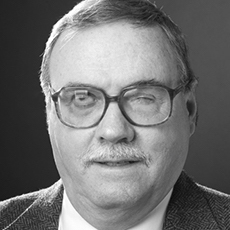