Podcasts
About Us
Privacy
Democracy vs. Autocracy
Who Has the Right Stuff?
Mark P. Lagon

The Return of Great Power Rivalry: Democracy versus Autocracy from the Ancient World to the U.S. and China

Do democracies prevail over autocracies in great power rivalries? There can hardly be a more timeless—or timely—question. As the United States faces a Russian regime stoking disinformation and chaos abroad, and a Chinese regime leveraging its economic engine to extend investments, influence, and intimidation from the South China Sea to Africa, much will depend on the answer.

Matthew Kroenig of Georgetown University and the Atlantic Council offers one plausible answer in The Return of Great Power Rivalry. The title suggests the book’s chief purpose is to herald a return to the norm of great power conflict after a three-decade holiday from history. Yet this book is really about who has “the right stuff” to win great power rivalries—democracies or autocracies. And the Sino-American rivalry is the main event.

Kroenig’s is a better question to ask than that posed by Graham Allison in his much-ballyhooed book Destined for War, which considers the so-called“Thucydides Trap”— whether conflict between the United States and China, as between any falling and rising power, is as inevitable as it was between Athens and Sparta. Kroenig’s is also an even more timely question than focusing on whether a community of more democratic governments ensures peace—the“democratic peace theory,” generally considered the most robustly empirically confirmed finding in international relations. Focusing on whether there is a democratic peace and why may again prove pertinent (one can pray). But today autocracy and populism are on the march, a 14-year trend Freedom House has documented. And while not at war, in recent years democracies have been at odds—witness the heightened U.S. friction with longstanding security and trade partners, and Britain distancing itself from the European Union project.

The book should not be judged on dimensions, however significant, outside of its focus. For instance, as Francis Fukuyama has recently written of the COVID-19 contagion, there is no clear-cut democracy advantage in tackling public health crises. South Korea, Taiwan, Germany, and other democracies have succeeded where other democracies have not, and a few non-democracies (including China) have made strides to control the pandemic despite their allergy to transparency. Fukuyama suggests state capacity matters more than regime type. Yet despite COVID-19 representing an overwhelming policy concern today, The Return of Great Power Rivalry considers the regime type question from a broader perspective, in the overall global balance of power.

This study is much needed and elegantly executed. Kroenig engages the theoretical reasons why either democracy or autocracy might have the upper hand in economic, diplomatic, and military assets. The former may be more innovative, self-renewing, and dynamic while the latter may be more concerted and disciplined.

He then turns to the historical record. His treatments of the face-offs between Athens and Sparta, Britain and France, Britain and a rising Wilhelmine Germany, and the United States and Soviet Union manage a freshness of insight to advance his contention that democracies have the upper hand. His fair and accessible treatments of three other cases of great power transitions—all of which represent far less frequently hoed soil—bolster his case too: 1) Rome, Carthage and Macedon; 2) the Venetian Republic, Byzantium and the Duchy of Milan, and 3) the Dutch Republic and Spanish Empire.

The heart of the book is an analysis in turn of the United States, Russia, and China as the great powers of today. Here as ever, one has to give Kroenig credit for guts. Six years ago, he braved the common wisdom of the professoriate and foreign policy community by publishing calls for the use of force rather than a multilateral accord to neutralize Iran’s nuclear arms capacity. Now, once again contrarian, he argues the United States does not face insuperable advantages from Russia’s and China’s centralized decision-making and their cunning use of modern technology for surveillance and disinformation. He argues that U.S. economic, diplomatic, and military advantages are both derived from its democratic system and will best the tools Moscow and Beijing possess. Like his equally iconoclastic Georgetown University colleague (a generation his senior), Robert Lieber, he offers the counterintuitive case that the United States is not in decline, or at least needn’t be.

However, on each count Kroenig addresses—America’s economic, diplomatic, and military strength—recent evidence suggests these assets might be more fragile than usual. Do inequality, deregulation, and cuts in taxes and revenues destine the United States for an economic crash like that of 90 years ago? Does the recent undervaluing or hollowing out of U.S. diplomatic capacity, public diplomacy organs, and—as Senator Chris Murphy has analyzed—non-military aid augur a distinctly lessened capacity to persuade foreign friends and foes of our word, our values, and our model? Unaccompanied by these “soft power” instruments, is U.S. military might too uni-dimensional an asset to counter the influence of Russia and especially China? After all, it hasn’t been enough to deter Russian incursions into Georgia and Ukraine, nor to deter Chinese moves to build outposts in the South China Sea, extinguish Hong Kong’s democratic autonomy, and commit atrocities against millions of Uighur Muslims.

Nonetheless, Kroenig makes the best case available for America’s ability to compete as a function of its open system. The most distinctive and convincing argument is that U.S. power lies not in being a solo artist, but as the leader of a band of fellow market democracies. As in a rich Atlantic Council report he co-authored, he suggests the point is not whether the United States can best Russia or China. It is rather how the United States, its NATO allies, India, Japan, South Korea and various other liberal partners taken together have far more potential than Russia and China. Russia and China’s smaller autocratic allies or friends of mere convenience pale by comparison in number and heft. The implication is that Washington has to better leverage this asset. Kroenig observes:

Some argue that U.S. alliances are fraying. They cite harsh criticisms of old friends coming out of the current administration…These tensions will continue, but they will also be manageable…[L]est we forget, Washington and its allies have made it through tough times in the past.

This is a useful reminder. Yet a recent U.S. failure to nurture partnerships with market democracies will have more lasting impact upon his own logic than Kroenig surmises.

Kroenig’s faith in democracy as the pivotal factor determining which great powers have the edge needed to shape the world order leads him to one troubling observation on his final page. While he rightly stipulates that the United States “would have less to fear from a truly liberal-democratic China,” he ruminates about one possible inference from his logic:

Washington can hope for, or even actively promote, democratization in China in an effort to liberalize China and make it more cooperative internationally, but only by increasing the risk that the United States hands over the keys of global mastery to Beijing.

Still, the elegant geostrategic logic of the book shouldn’t obscure a policy “no-brainer.” On all conceivable interest-based and ethical grounds, the United States must stand on the side of democratization in China. To unfetter the voice of Chinese civil society, to support the agency of ethnic and religious minorities, to stem the export of surveillance and censorship techniques to other regimes and to “make it more cooperative internationally” are among the manifold reasons.

On the whole, Kroenig has answered richly if not irrefutably an important question: whether a democracy will prevail over an autocracy in a great power dyad. Yet perhaps we had best ask another, still more sobering question—whether democracy will prevail over an illiberal alternative within the United States. Michael Scott’s sprightly book from a decade ago, From Democrats to Kings, looks at how Athenian democracy cratered in a context of debilitating economic collapse, political leaders’ corruption and self-dealing, and debates over unpopular interventions abroad and waves of immigration. Sound familiar?

Today it is not only Americans’ health at stake, but the health of American democracy. If liberal democracy in America erodes to the point of crossing a meaningful threshold—once illiberal leaders and their enablers have driven over and through “guardrails” just too many times—then Kroenig’s query whether a democratic power will have the right stuff against Russia and China is merely academic. The first imperative of our time is to buttress liberal democracy at home. For reasons Kroenig sheds light upon anew, that imperative is a prerequisite for rejuvenating U.S. global leadership and in turn for building a world order of improving pluralism, prosperity, and peace. 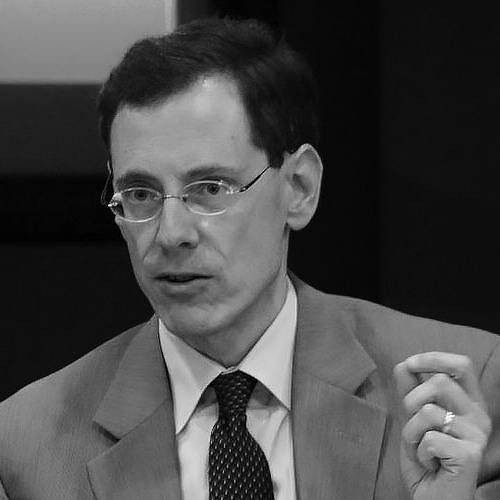