Podcasts
About Us
Privacy
Photo by Ed Hinchliffe on Unsplash
The Plight of Asylum-Seekers
Freedom of Movement Is a Right, Not a Privilege
Michael J. Abramowitz & David J. Kramer

Properly crafted restrictions are justified during the pandemic, but abusive policies are proliferating around the world.

The angry reactions in some quarters to lockdown orders in the United States have revealed once again the visceral resonance of a civil liberty that does not often receive sufficient attention: freedom of movement. And while some temporary restrictions are of course justified by the extraordinary situation the world finds itself in today, we must not let an emerging “new normal” give short shrift to what is a basic human right.

Freedom of movement is not the only civil liberty threatened by the pandemic. Recent months have brought a variety of unjustified new restrictions on speech and the press, for instance. But the worldwide proliferation of lockdowns and travel bans, many of which may be excessive, arbitrary, or enforced in an abusive manner, raise the prospect of a serious deterioration in this fundamental right, which Freedom House has monitored for decades as part of its annual Freedom in the World report. Respect for freedom of movement has remained static as a global average over the past four years, even as other indicators have declined amid a broader erosion in democratic practices. That now seems likely to change.

Existing deficiencies in democratic governance are often magnified by health-related lockdowns. In India, for example, Muslims are barred from entering some of Delhi’s residential areas, and police elsewhere in the country have attacked people for attempting to leave their homes, reflecting a pattern of discrimination and police violence that had already grown worse under the current government. Other countries have also put security forces with records of abuse in charge of enforcing movement restrictions; in the Philippines, police-run checkpoints prevent outsiders from entering Manila, while the military was tasked with patrolling the streets in South Africa.

Surveillance has played a key role in enforcing lockdowns. Authorities in some Chinese cities have reportedly installed cameras both outside and inside the homes of people under quarantine. Muscovites have similarly come under the watchful eye of technologically enhanced camera networks, and intrusive tracking software for mobile phones is being deployed in both authoritarian states and some democracies.

Trapped between the necessity of protecting citizens’ lives and the danger of running afoul of their societies’ most basic values, democratic governments in particular ought to tread carefully in their approach to lockdowns and other restrictions on movement. They need to ensure that any such measures are well grounded in law and democratic procedure; necessary to serve a legitimate purpose and proportionate to the threat as described by the latest scientific information; and circumscribed in both time and scope based on transparent criteria. Enforcement must conform to human rights standards and be subject to independent oversight, with remedies for cases of abuse.

These principles also apply to limits on international travel, not just internal movement. Public officials have a responsibility to minimize residents’ exposure to pathogens brought in from abroad, but the safeguards should not impose needless or disproportionate constraints on individuals’ ability to enter or leave the country, whether to seek protection from persecution, legally immigrate, or pursue legitimate private interests like commerce or education.

Of particular concern are restrictions that feature disproportionate penalties, extralegal enforcement, discrimination, or excessive duration. It is one thing to adopt a well-tailored measure aimed at preventing those carrying the coronavirus from entering a country undetected. It is quite another to use the pandemic as an excuse to target vulnerable groups or push through unrelated policy changes that will endure after the threat to public health has passed.

In the United States, President Trump touts his decision to reduce the flow of people coming from China in late January, and his ban on flights from Europe in March, as life-saving measures. Whether this is true or not, the administration has indicated an interest in keeping some limitations on travel in place indefinitely. Behind this drive is a long-standing White House effort to severely reduce immigration and acceptance of those seeking asylum in the United States. COVID-19 has provided the administration with cover to block new entries almost entirely.

Urged on by its supporters in Congress and private anti-immigration groups, the Trump Administration is also using the pandemic to limit issuance of work visas and forbid visa holders from staying in the country if they have been laid off by their US employer. It is notable that even Russia, while barring new entries, has eased work-permit requirements and imposed a moratorium on deportation decisions.

Immigration, however, is a complex political issue, and however much we may personally regret that the United States has opted for Trump’s blunt form of restrictionism, we are even more concerned by how the toxicity of that debate is directly impacting the most vulnerable people around the world. The coronavirus crisis has seen a renewed effort by many countries—including the United States—to close their doors to refugees and asylum seekers and expel people who have already arrived. Refugees International warned in a recent report that the pandemic would have a disproportionate impact on the world’s more than 70 million refugees, asylum seekers, internally displaced people, and other victims of forced migration. While controlling the spread of the virus is a matter of life and death, so is freedom of movement for these vulnerable populations.

Crucially, the closing of borders by the United States and other free countries will demoralize human rights activists and democracy campaigners around the world by cutting them off from asylum destinations, potentially deterring them from taking the risks that go along with their work. Whether they are escaping violence and persecution in Hong Kong, Beijing, Moscow, or Tehran, activists who are forced to seek asylum abroad must leave behind their family and native land, endure considerable hardships, and adjust to a completely new environment even in the best of circumstances. The limitations currently being imposed on travel are making a difficult prospect that much more daunting.

Governments in destination countries must find ways to continue offering refuge to these brave individuals should it become necessary, just as they have made allowances—with proper screening procedures—for their own citizens and permanent residents trying to return home from overseas.

All countries should take parallel steps to temporarily protect foreigners within their borders from mandatory deportation. Even if the individuals in question do not face persecution or the threat of violence in their home countries, proceeding with expulsions at this time may expose them to an unnecessary risk of infection.

In the months ahead, governments around the world will continue to wrestle with the challenges of containing domestic outbreaks, preventing undetected entries by infected people, and attempting to rebuild their badly damaged economies. As they do so, they should remember that freedom of movement is more than just a convenience for tourists and beachgoers, or a vital engine of employment and commerce. It is also one of the fundamental human rights that undergird a free and democratic society, and it can be an instrument of survival for those forced to flee their homes. Well-crafted restrictions on movement to reduce the spread of the virus are justified and should be observed for the common good—but they should not stay in place a day longer than necessary. 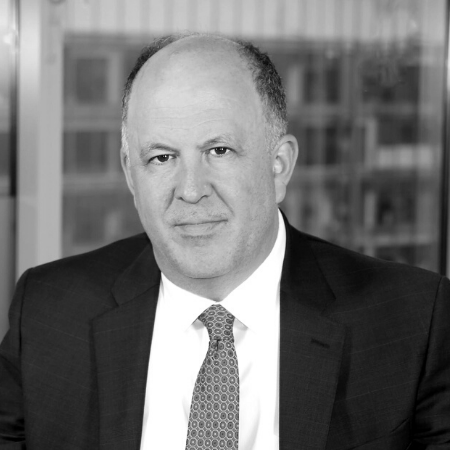