Western inattention has created opportunities for China and Russia to make mischief in the Western Balkans. It’s time we put an end to it.

In the era of great power competition, China and Russia are playing a new role in the Western Balkans. It’s a far cry from a decade ago, when European powers, working closely in concert with America, proposed a future for the region with little or no consideration of outside influences. Since that heyday, a vacuum has developed as Western powers refocused on other challenges, assuming that the region’s countries would progress and develop, with their economies naturally converging with European standards and the whole region eventually joining the EU. Slovenia and Croatia have indeed joined, but the rest of the region has stagnated. Outside players have exploited this opportunity to pursue their initiatives and interests.

It’s important to properly understand and contextualize the scope of Russian and Chinese ambitions. While Russia has always been present in the region, it seems that the Kremlin does not see the Western Balkans as a high priority. Rather, the region is seen as a potential bargaining chip, a cheap way to score points, but ultimately not worth Russia jumping in with a meaningful investment of money and effort. The Kremlin wants, above all, a seat at any table where regional issues are being discussed. Its way of gaining attention is by disrupting the process of NATO and EU integration, causing headaches in Western capitals. With little financial spending, Russia gets political leverage by stroking political divisions and social tensions, and more destructively, by fostering cynicism about democratic institutions and Euro-Atlantic institutions.

China’s approach is more subtle than Russia’s, but the effect of its ambitions may be more significant. It seeks to use the region as a gateway commercial platform to Western Europe, where real Chinese interests lie. Despite the few viable market opportunities that the region offers to Chinese investors, the five Western Balkan countries (Serbia, Montenegro, Albania, North Macedonia, and Bosnia and Herzegovina—Kosovo is not counted as it is not recognized) have been included since in the 17+1 Platform, a regional grouping set up by China to help direct its Belt and Road Initiative into Europe. Chinese involvement is driven as much by a desire to have geopolitical influence as by its own domestic considerations (dumping surpluses of capital, labor, and raw materials into poorer countries).

The Western Balkans’ malaise, which provides a useful toehold for both Chinese and Russian interests, stems from its never-ending transition process. The region has been largely peaceful for around two decades, and yet it remains beset by dysfunction. According to Balkan Barometer, the chief concerns plaguing the region are unemployment (60 percent of respondents), economic hardship (47 percent), and corruption (27 percent). According to the IMF, in 2019 the average per capita income of the six Western Balkan countries was only 14 percent of the EU median—the same percentage as in 2003. Based on current projections for economic growth, the region will need between 70 and 100 years to catch up with the European average. The regional unemployment rate, at 19 percent, is almost three times higher than the EU average. As a result, people are leaving, attracted by job opportunities and the generous social benefits in Western Europe. Remittances make up 10 percent of the average GDP of the region. The brain drain of the youngest and most talented exacerbates an already acute shortage of skilled workers, further compounding problems.

To make matters worse, local elites have often pursued Euro-Atlantic integration without meaningful commitment to core Western liberal democratic values. Indeed, Russian and Chinese inroads have allowed regional politicians—most notably Serbian President Alexander Vučić and Bosnian Serb leader Milorad Dodik—to play foreigners against each other for their own domestic political ends. Western observers tend to pay more attention when local leaders cozy up to their Russian and Chinese patrons, and these same leaders understand this tendency well. This often leads to Westerners looking the other way at democratic backsliding and other manifestations of authoritarianism, and local democracy and human rights activists becoming disillusioned with Western support for the ruling “stabilocrats.” The region is thus cursed with persistently weak institutions dominated by local strongmen who rule through well-developed patronage networks—a recipe for pervasive corruption that has proven to be quite tenacious.

When it comes to trade with the Western Balkans, Russian and Chinese presence is quite limited, especially when compared to the EU. In 2018, the EU made up almost 72 percent of trade volumes of the region (84 percent of its exports and 64 percent of its imports). China has grown to become the second largest trade partner, accounting for 5.8 percent of overall trade (very heavily tilted in China’s favor). Almost half of that volume is with Serbia, China’s chief strategic partner in the region. Russia is the third largest trading partner, accounting for 4.7 percent of overall trade. The other two main partners are Turkey (4.2 percent) and the United States (2 percent).

Chinese inflows (greenfield investment and contracts) in the Western Balkans now make up 20 percent of the region’s total stock of FDI, with Serbia leading the pack. The main form of Chinese economic cooperation in the region is lending for Belt and Road Initiative-related infrastructure projects, with more than 80 percent of what is considered investment in the region actually being loans. Montenegro, for example, owes almost 40 percent of its outstanding debt to China. China has used easy money and soft power (confidence building initiatives, cultural exchanges, media presence, and Confucius Institutes) to gain influence rapidly, taking advantage of acute demand for the renewal of rotting infrastructure, coupled with loose regulation practices, lax public procurement rules, and poor labor regulations.

The lopsided economic figures, however, obscure a decidedly mixed and shifting picture in the soft power sphere. Serbia is the main partner and hub for both Russia and China in the Western Balkans. Based on perceived longstanding cultural and historical ties, more than 72 percent of the population is in favor of even stronger ties with Russia, with Belgrade recently signing a Free Trade Agreement with the Eurasian Economic Union. China is viewed in Serbia as the second most trusted economic partner. By contrast, EU accession is viewed positively by less than one third of Serbs.

Indeed, throughout the Western Balkans, public perception is slowly tilting in China’s favor. The key driver is the appeal of Beijing’s supposed “development model” where enormous flows of capital are supposed to eventually bring lasting wealth (rather than debt peonage). The current pandemic, too, has helped entrench perceptions. The EU has been depicted by various disinformation campaigns as turning its back to the region, with both Russia and China portrayed as more responsible actors. In Serbia in particular, the idea has taken hold that China is the country’s real partner in times of need, despite the fact that the EU is planning a €412 million assistance plan for the region.

Despite enormous economic commitment to the region, the West is taking body blows in the fight for mindshare and prestige. So what is to be done?

Part of the answer is “more of the same.” Despite the setbacks, Europe remains the lodestar for the region. Most people still encourage their children to learn German or English or French and to emigrate to Berlin or Vienna or London or Paris, or even the United States; few send their kids to Moscow or Beijing. Having Chinese and Russian friends can be very attractive to some political leaders, but there is still a deep reservoir of cultural affinity for Europe that will take a long time to fully dissipate.

EU integration for the region’s countries is thus still the overarching goal for voters. “Enlargement fatigue” among EU member states, on the other hand, sends a terrible signal to the region, and is a boon for corrupt local politicians who are all too eager to defer painful and invasive reforms. The recent decision to finally open accession negotiation talks with North Macedonia and Albania, after the process was stalled by French President Emmanuel Macron last October, is a welcome development. Now the task is to push even harder. The revised enlargement process (which was the price of France agreeing to the opening of accession talks) was designed to limit wiggle-room and to punish reform backsliding. Europeans need to use these tools forthrightly, applying serious pressure on recalcitrant elites without fear of “losing” these countries to rivals. Indeed, it’s Western prevarication on fundamental questions of values that has most undercut its soft power among the region’s voters.

But even in the best-case scenario, full accession to the European Union will take many years. The West thus needs an interim strategy for developing and improving economic opportunities in the region. Synergies need to be found between existing endeavors, such as the German-led Berlin Process and the Three Seas Initiative, and any future Transatlantic efforts should focus on building economic prosperity. Unity of purpose among Western powers is also critical. For example, the Trump Administration is considering an economic package that it hopes will entice Serbia and Kosovo to make peace. America’s European allies need to be fully on board. Western disagreements could be recipe for failure.

The West should also support any and all efforts at regional economic integration. As a result of the COVID-19 crisis, it is conceivable that globalized networks of production and transportation may end up being revised and re-dimensioned. If this were to come to pass, economic opportunities could emerge for the countries of Western Balkans, just as they did for the Visegrad countries in the early 1990s. To seize such an opportunity, the region needs to start taking steps now, by reducing tariff and non-tariff barriers, as well as easing travel and work requirements. These countries are too small, weak and under-institutionalized to compete internationally on their own. Taken as a bloc, however, they could prove to be an attractive destination as European companies recalibrate their supply chains.

Especially now, as Western leaders respond to the immediate demands of the coronavirus pandemic, it’s time for Balkan experts in Europe and America to think strategically about what the region could look like as a post-crisis reality emerges. It’s an opportunity to shape a better future for the Western Balkans, rather than complacently stand by as troubling trends gain more momentum. The message of EU Commission President Ursula von der Leyen during the virtual Zagreb Summit—that “the Western Balkans belong in the EU”—is an important step in the right direction. 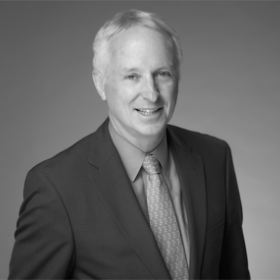 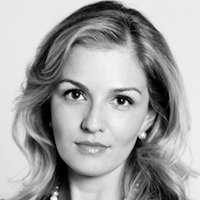