Podcasts
About Us
Privacy
(Needpix.com)
Word to the Wise
Beware the Lion in the Kremlin
Oleg Sentsov

Vladimir Putin is a predator who feeds on fear and weakness. Appeasing him will only encourage him to come back for more.

Attend almost any major global summit and you may spy a lion in sheep’s clothing, pretending to belong to the flock of the civilized nations of the world. When back at home, this same lion, its claws peeking out behind its paws, pads around the halls of the Kremlin, seeking his next prey abroad while also eyeing his compatriots closer to home.

We all know that a lion will not be satiated with just one meal—after depleting one pasture of its livestock, it will venture onto another. We also know that a lion will not settle for grass when a juicy lamb is grazing nearby. It stands to reason, then, that we also cannot expect a lion to settle for plants when we, tantalizingly fresh red meat ourselves, are the ones trying to feed it, however timidly and tentatively, from behind a ramshackle fence we are hesitant to reinforce.

Yet, this is just how leaders of the world dance around Vladimir Putin, choosing not to hear the clack of his claws in their marble state halls. After years of watching him hunt, we should know better than to assume we can negotiate with Putin’s yearning for territorial expansion and regional hegemony. Indeed, we must not assume that this lion will ever stop eating—or that we will never be subjects of its hunger.

When we allow smaller, outlying members of our flock to be picked off, we encourage such predators to come back for more.

Many weaker nations have experienced this fate, often after falling for the false promise of “negotiations” with a lawless opponent. The pattern is familiar: what might first seem a reasonable geopolitical compromise becomes a precedent exploited by the Kremlin to fuel its territorial aspirations. Consider Georgia, for instance, a country 141 times smaller than the United States and 146 times smaller than Europe. What happened in South Ossetia in 2008 did not stay in South Ossetia, as we saw with Crimea in 2014. And what happened in Crimea did not stay in Ukraine’s southernmost peninsula, as we saw with Donbass a few months later. Russia’s flexes of power will not abate when any one territory falls into its orbit. As Moscow’s sphere grows, so will its reach further over land and sea, carrying implications for countries near and far from the borders of the Russian Federation. The United States has particular cause to be worried, after Russia’s misadventures in Syria and the Kremlin’s rampant, shameless, and ongoing interference in American politics.

In the current coronavirus crisis, it is especially disheartening to see the United States accepting “humanitarian aid” from Russia—and paying the Kremlin for it! Just as China, after covering up the virus and allowing it to spread (while continuing to imprison investigative journalists as they try to document the pandemic), now sends medical supplies to the United States and Europe, so does Russia now seek to enlarge its “soft power.” Buyer beware: we Ukrainians saw what Moscow’s “humanitarian aid” looked like in the Donbass, when big white trucks brought soldiers in, and took industrial machinery and other valuables out.

Even while trying to manage the COVID-19 crisis, America and its allies must choose where to stage their defense against Russia. For now, the central battleground remains Ukraine—the largest buffer between Europe and Moscow. Ukraine thus matters. My native land, Crimea, a crossroads of civilizations through the centuries, must not be forgotten.

During President Trump’s recent impeachment, many prominent leaders and members of the American public voiced distrust of my country and our people, claiming Ukraine is deviant or corrupt. Yet we remain America’s steadfast friend in the region, while continuing the fight for our own freedom and self-determination. The struggles of the Ukrainian people may often feel distant to those in North America. But the cries emanating from Crimea and the Donbass herald a rising threat to democracies much older and stronger than that of Ukraine, whose nascent democracy is still vulnerable—or so believes the lion in the Kremlin.

Should we misdiagnose Moscow’s intentions; should we ignore the unabashed violence being perpetrated by Russia; should we pretend that the lion amongst us is a lamb, we will face far graver consequences than merely the massacre of one nation. If the West fails to provide Ukraine with meaningful support now, Eastern Europe will be the next course on the menu—and the United States, though an ocean away, will also pay a significant price. 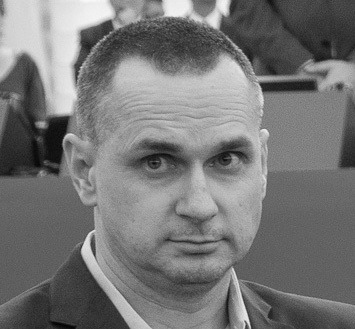