As Slovaks finish counting votes from this weekend’s elections, two friends of The American Interest have a direct stake in the final tally. Contributing editor Dalibor Rohac is running for Parliament on a joint list with Together—Civic Democracy, a center-right party he helped found, and the left-liberal Progressive Slovakia (Renew). Miriam Lexmann, an elected Member of the European Parliament, is actively supporting the Slovak Christian Democratic Movement (KDH). Just before the election, TAI asked Dalibor and Miriam for their thoughts on the race and why they decided to get involved in politics back home.

TAI: What issues are driving voters in Slovakia right now?

Dalibor Rohac: Slovakia has seen a lot of economic progress since 1989 but alas, the state remains largely unreformed—the quality of some basic government services such as healthcare and education has seen a decline in recent years. Furthermore, there is a palpable sense of unfairness, connected to the system of patronage created by political parties that have been running Slovakia for the better part of the past 15 years. The murder of journalist Jan Kuciak and his fiancée Martina Kusnirova by a mobster with far-reaching political connections has added a sense of urgency not seen since 1998—the election that ended Vladimir Meciar’s semi-authoritarian rule.

Miriam Lexmann: Slovakia has been dominated for the past 12 years by a left-wing populist party, SMER-SD, whose main political capital was built on fragmentation and the spreading of fear, on issues such as migration. For example, although Slovakia is currently not facing any risks of illegal migration, SMER-SD is constantly bringing this issue into the political debate, proclaiming that SMER-SD is the only party that can guarantee the management of Slovak borders. It seems that with these narratives SMER-SD is trying to create a new coalition potential with the far-right extremists, as its current coalition partners seem unlikely to pass the 5 percent threshold to enter the next Parliament.

Ironically, the party (which is made up of a bizarre mixture of new-age Marxists, former communists, and current oligarchs) has also been stoking social and identity issues by claiming to be a representative of traditional Christian values.

Another dominant issue is corruption. The last few months uncovered unprecedented levels of corruption involving top political leaders, judges, prosecutors, and the business sector. SMER-SD has been trying to cover up these scandals by pushing through Parliament (with support from extremists) a highly populist reform of social welfare that has put our state budget into deeper risk.

This campaign has been dominated by fear and populism, on the one hand, and people’s disgust and disillusionment with the political culture and establishment, on the other.

TAI: What’s the focus of your campaign? Say a word about your political party and how it fits into the landscape.

DR: I’m on the joint list of the center-right Together—Civic Democracy (EPP), of which I’m a founding member, and the left-liberal Progressive Slovakia (Renew). Both arose a few years ago in response to a perceived stasis and ineffectiveness of the existing pro-Western opposition parties. In contrast to the simple slogans offered by others, we have a detailed manifesto, the preparation of which involved the crème de la crème of Slovakia’s policy world. All of our tax and spending proposals have been scored; in short, we are trying to offer a credible, thoughtful path forward. Whether that’s also effective politics remains to be seen. My personal campaign has revolved around making the case for Slovakia’s place in the European Union and NATO and for a circumspect attitude toward authoritarian regimes such as Russia and China.

ML: My political party, the Slovak Christian Democratic Movement (KDH), is the only one to survive since 1989, and has recently celebrated its 30th anniversary. Although I am not standing for office in this campaign myself, as I am an elected member of the European Parliament, I’m actively supporting the party’s campaign efforts across Slovakia. It was very difficult to find the right approach in a highly fragmented environment and among disillusioned voters. For this reason the core message of our campaign was trying to bring hope and responsibility into political life. Despite the fact that we have been facing many dirty attacks we did our best to remain positive and professional, and retain our integrity.

We have been advocating new schemes to tackle corruption, reform the education sector, tackle environmental challenges, address regional development across Slovakia, and offer centered social policies. In terms of foreign policy, we want to tackle global security threats and challenges through tried and tested Transatlantic approaches and principles.

TAI: Are Slovak politics all local? In the election—or beyond—what matters for Slovaks beyond their border?

DR: Whether it’s bailouts on the Eurozone’s periphery, questions of migration, or the various pan-European “culture wars” surrounding gay marriage and access to abortions, European topics have been a part of the political conversation in Slovakia. Oftentimes, such topics have been used by extremists and pro-Russian forces to drive a wedge between conservatives and liberals supporting Slovakia’s place in Europe and in the Western world.

ML: As mentioned, the current government is trying to use the migration issue to gain political capital. Among other issues, questions of terrorism and how to deal with Russia are dividing the electorate. For example, parties such as SMER-SD and their coalition partner, the Slovak National Party (SNS), but also the extremist parties, have close relations with Moscow. More importantly, the fascist party Our Slovakia (LSNS), which is currently polling in third place, is actively calling for a referendum on Slovak membership of the EU and NATO. It is known that Moscow is supporting these extremists, who are using anti-EU and anti-NATO rhetoric and the call for Slovak neutrality to advocate Russian interests. The outcome of this election, therefore, could have a major impact on Slovakia’s geopolitical orientation.

TAI: Populism seems to remain on everybody’s mind—in the political and intellectual class, in any case. What should we make of the green shoots of liberalism in Slovakia (Zuzana Čaputova) and in Budapest (Gergely Karacsony) that seem to have surfaced among the gloom? What are the lessons from their victories? Is their approach in any notable way different from that of the liberals who have failed in recent years?

DR: It’s an interesting fact that the capitals of all Visegrad countries have Mayors who are out of sync with the largely illiberal governments in those countries. As in the United States, there is a story to be told about urbanization and polarization and the conflict between dynamic and liberal cities and the increasingly depopulated and reactionary countryside. That seems to be a challenge for democracy, which does need agreement on core principles and procedures. Now, Caputova comes into this in an interesting way because she was able to make the liberal argument—including on migration, gay rights, and so on—in a way that did not come across as threatening or condescending to those who disagreed. That seems key in a world in which such conflicts are perceived as completely zero-sum.

ML: In the recent years centrist parties have become increasingly ideologically hollowed out. Even more worryingly, they stopped addressing complex issues, which have become increasingly taken over by the populists. They may not provide the right answers but, as the Dutch scholar Cas Mudde puts it, they ask the right questions, which the centrist parties have been afraid to do. The victory of Caputova and Karacsony is not the victory of liberals but the consequence of a complex sequence of events. The meaning of their victory will depend on how they will manage their elected offices.

TAI: The United States has elections this year. How important is the outcome for Europeans?

DR: Hugely important. The four years of Trump has led to a dramatic accumulation of anti-American sentiments in Europe, on a scale not seen even during the Iraq War. Simultaneously, Europe is in no way ready or willing to navigate the world on its own, without U.S. security guarantees and strategic nudging from Washington. That leaves the continent in a very dangerous spot.

ML: The United States remains the most powerful country on earth and is European countries’ most important ally. The elections are very important, not least because of current tensions in the Transatlantic community and its future. The current Administration, frustrated by France, Germany, and some other West European capitals, has been paying increasing attention to Central and Eastern Europe. This is important, not least because of the current Administration’s commitments to democracy support, its defense posture on NATO’s eastern flank, but also investments in the region.

However, irrespective of who is the new President, there is an urgent need to improve the tone and quality of dialogue on both sides of the Atlantic—and, in the case of some countries, words need to be followed by deeds on issues such as defense spending. Given the threats faced by the Transatlantic community of democratic nations, it is important to resolve our differences in a constructive manner in order to safeguard our shared values and way of life against undemocratic actors seeking to divide us.

TAI: Is democracy secure in Europe? In Slovakia?

DR: My expectation is that most established democracies have a sufficient degree of adaptability and resilience to get through the current period of political realignments, fragmentation, and populism. I have no idea what political landscapes will look like ten years from now but I’m reasonably confident that the British, the Germans, or the Danes won’t be governed by autocrats. The picture is more complicated in Central Europe—there, one can find examples in which one party has colonized the entire government, including its supposedly independent institutions, in ways that might be difficult to reverse.

ML: The killing of Jan Kuciak and his fiancée highlighted that the hard-won freedoms in 1989 are far from secure. Before taking up my office in the European Parliament, I worked as a director of EU regional programs at the International Republican Institute. Through my work I have seen just how fragile our democracies are, and how important it is to continue working hard to maintain democracy. As President Reagan rightly said, freedom is never more than one generation away from extinction. Today our societies are divided, our citizens are disillusioned, and we must find a way to re-engage our citizens in decision-making processes so that they become more active participants rather than observers of the processes that impact their daily lives. In the age of disinformation, and given the subversive methods employed by our adversaries, this is a major challenge of today’s democracies. 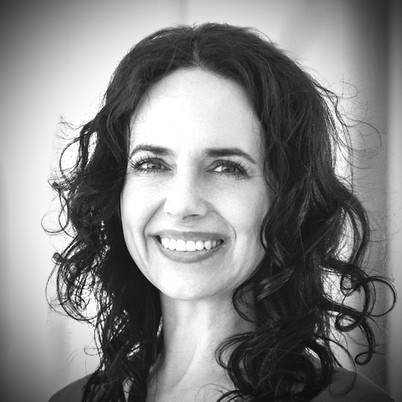