Podcasts
About Us
Privacy
On the Stage
De-Aeschylation
Rachel Hostyk

Their favorite bonding activity is murder. Parents kill children, children kill parents, and vengeance is always on somebody’s to-do list. It can only be one family: the blighted House of Atreus, transmitted to us by Aeschylus in his Oresteia. They and their misery are now appearing at the Shakespeare Theatre in Washington, DC, through June 2.

It’s a production that would be worth attending for rarity value alone. The play is a “free” adaptation by Ellen McLaughlin commissioned by the Shakespeare Theatre Company (STC), but opportunities to see the Oresteia in any form are scarce. And this one, fortunately, is ably performed, eye-catching and suitably tragic. For those with a taste for classics, I have no hesitation in saying: go.

It’s also an adaptation that earns that “freely adapted” label—for better and worse.

The basic story of the Oresteia is familiar. Triumphant King Agamemnon comes home from the Trojan War, only to be murdered by his wife Clytemnestra. Argument for the defense: in order to appease an angry god who wouldn’t let his fleet sail for war, Agamemnon had sacrificed their daughter Iphigenia. (This isn’t even the most gruesome child murder in the family; Agamemnon’s father Atreus killed his brother Thyestes’s sons and fed them to their unwitting father at a feast.) Later, Orestes, the couple’s son, avenges his father by murdering his mother. Then, pursued by spirits of vengeance, the Erinyes, Orestes seeks help from Athena, who convenes a court of humans to decide his guilt. Civilization puts an end to the blood feud.

That’s Aeschylus, but not quite McLaughlin. But before I get to the adaptation’s twists, let me say that the theater’s departing artistic director, Michael Kahn, does right by them. The adaptation’s poetry is nicely balanced by a selection of laugh lines—all of them delivered perfectly. (My favorite: Orestes, returned home for revenge, bangs on the door of the family house. A servant emerges: “Are you trying to wake the dead?” “Yes.”) Sitting in the middle of the theater, I could feel the audience’s suspense, which might be the highest recommendation of all. The set, a single house, is all that’s needed for this family drama, and the burial of Agamemnon is a superb use of the stage (I won’t spoil it for you).

As Clytemnestra, Kelley Curran lights up when she pretends to welcome her husband home, while Kelcey Watson as Agamemnon is regal, weary, and somehow sympathetic at times. That’s tough to pull off, since Agamemnon comes across as a vindictive cold fish in ancient sources. My favorite actor was chorus member Franchelle Stewart Dorn, an affiliated artist with the STC—though all the cast had moments of magnetism, she alone was at home onstage the whole time. Josiah Bania as Orestes is a lost puppy and Rad Pereira as Electra a surly, sanctimonious teenager—both updates on the original characterizations, and both well performed. Pereira has a gift for mildly irritating zeal. She’d do beautifully in a play about modern politics.

The production makes a few minor missteps, admittedly; the unified gesturing of the chorus is a tad silly, and the playwright overindulges on the ghostly visitations. But the most interesting question here is: does an update of Aeschylus actually work?

In McLaughlin’s first act, a restless Clytemnestra awaits Agamemnon’s return, remembering her daughter Iphigenia. As she reminisces, both Iphigenia and Agamemnon appear to act out that terrible story. Nothing like this happens in the play Agamemnon, the first in Aeschylus’s trilogy; the chorus tells the audience of the sacrifice early on, but Clytemnestra herself mentions it only after slaying her husband and Cassandra, the Trojan prophetess he enslaved and brought home. (As Cassandra, Zoë Sophia Garcia delivers a grippingly strange performance.)

I liked this change best, if not entirely; it makes the story more symmetrical, while showing the little girl in person raises the pathos. (Though this version also lets her dad off easier than Aeschylus does, as Iphigenia seems to forgive him for her death.) In this simplification, too, Clytemnestra’s lover Aegisthus, who later supplants Agamemnon as king, goes entirely missing. In Aeschylus’s original Clytemnestra doesn’t just avenge her daughter; she overthrows her king to empower her lover, and that’s a large part of why her children revile her. In this play, she and Agamemnon are more equal in evil, and she’s more sympathetic as a grieving mother instead of a treacherous queen.

Indeed, the entire balance of this play favors Clytemnestra; her dreams and memories begin it, and it centers on how she hurts her own children. But this family is, inescapably, a ruling family of Greece. Aeschylus’s play deals at length with the war—recounting the experience of the suffering soldiers, their triumph, and the relief of finally returning home to Greece. In McLaughlin’s play, the war and the politics are a distant second in importance.

The second two plays in Aeschylus, The Libation Bearers and The Eumenides, are combined by McLaughlin to form a second act. Electra becomes much more the dominant sibling, urging Orestes to do right and avenge their father; in Aeschylus he is less tentative. Again, Agamemnon’s role as ruler matters little; in Aeschylus, the children lament that he had no kingly death, being ambushed in the bath, while the chorus informs them that his body was mutilated. Here, the kids are merely cleaning the family house.

There’s a case to be made for this dramatic choice; the family killing spree is, after all, what most of us remember, and it makes for great theater. The mechanics of the plot would still work even if Agamemnon was, well, a mechanic—blood feuds aren’t restricted to royalty. But the play seems lesser for the omissions. This story is a foundational lesson about sick systems and bad rule; Agamemnon is a warning, while Odysseus, with his faithful wife and reclaimable kingdom, is an example. Stripping them of much of their context makes them more approachable, yes, but also less important.

Photo of the cast of The Oresteia by Scott Suchman

The choice to downplay politics would make for a workable, if smaller-scale, retelling of Aeschylus . . . if not for the ending, which fails to satisfy. (Spoiler alert.) To review, The Eumenides, Aeschylus’s third play, turns into Athenian propaganda. Invoked by his dead mother, the vengeful Erinyes chase Orestes, seeking his death for the unparalleled crime of matricide (their opinion). Apollo, who commanded him to avenge his father, sends Orestes off to Athena, who can administer justice. She convenes a human court, breaks their tie vote, rules that Orestes acted justly, and ends the cycle of violence. The Erinyes agree to become nice, local deities, now called Eumenides, and everyone goes home happy except Clytemnestra’s ghost.

In McLaughlin’s version, what happens instead is something like “humanism ex machina.” After Orestes kills his mother, the chorus of household servants develops, immediately and inexplicably, into a fledgling democracy. They argue the merits of Orestes’s case among themselves, saying that this is no matter for the gods. Dramatically, this is a neat solution; you have a group of people on hand, so why not make them a polity? But it does a disservice to the original play.

To oversimplify greatly, Athenian democracy didn’t rest on principles of universal equality, nor did we move immediately from primitive blood feuds to modern, human-centered, “enlightened” liberal democracy. As in Aeschylus, Athenian democracy rested on the guarantee of Athena, but modern democracy is hardly “no business for God”; as we all know, Americans’ “inalienable rights” were “endowed by their creator.” Tacking humanism onto an Athenian play elides all the Judeo-Christian developments in between, not to mention the sheer difficulty with which human institutions and governing norms develop. Why doesn’t one chorus member shout down the others or play the strongman? Why are civil debate and unanimous juries the obvious options for people who have known only hierarchy and subjugation? Why would the aristocratic Orestes submit to the judgment of unarmed servants with no god or other force behind them? This is wish fulfillment.

McLaughlin wants this story to be one of misguided humans spurred by vengeful gods, who eventually rescue themselves solely out of innate goodness—with no help from culture, religion, norms, or power. It’s a comforting ending, but Aeschylus had the more realistic view of human nature. It takes real effort to stop a cycle of bloodshed: Athena must go head-to-head against the ancient goddesses, the Erinyes, which is a pretty good metaphor for the difficulty involved. The grandeur and strangeness of the Oresteia captured the magnitude of this struggle; without it, you’re simplifying Aeschylus and humanity along with him. 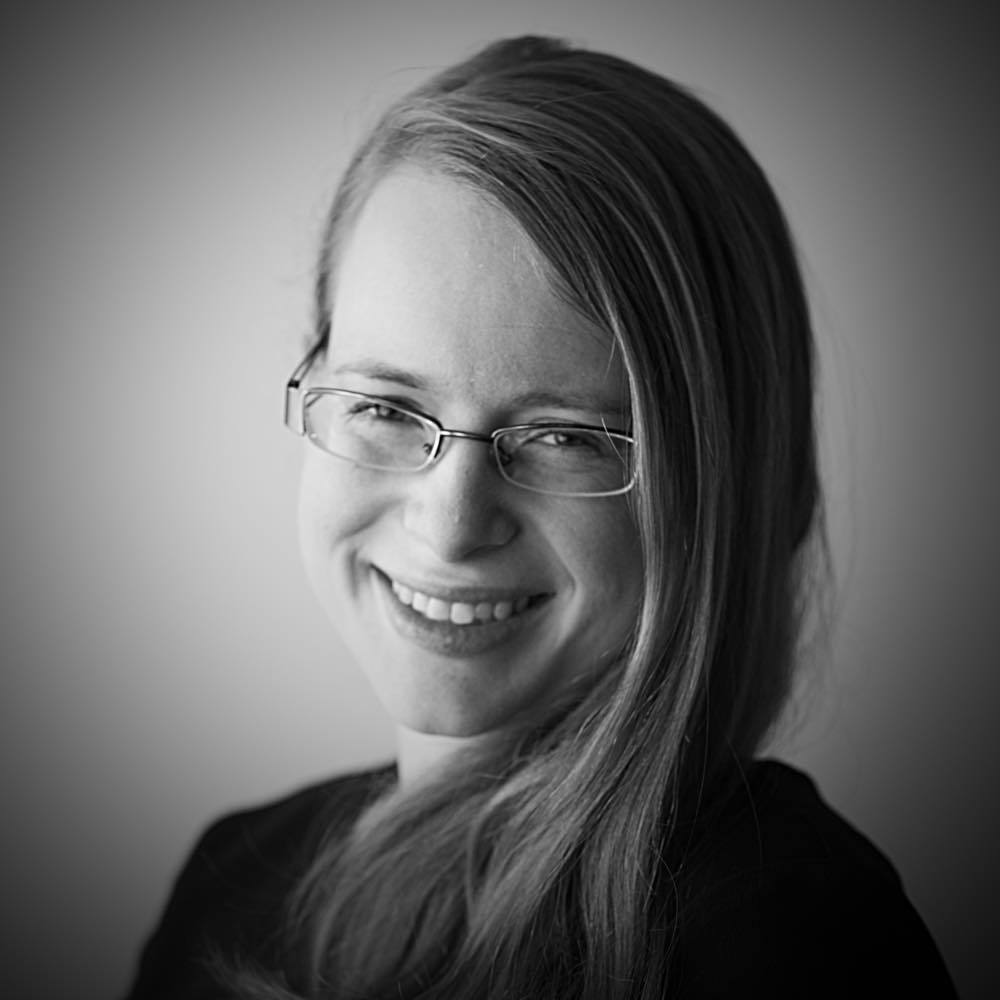