There is a growing consensus among Western governments about the risks posed by China’s security, industrial, and commercial policies.

Beijing is sending a trade delegation to Washington for talks aimed at resolving the trade war, but this is unlikely to resolve the changing political risk factors at stake for companies doing business with China. Understandably, most analysis has focused on the dynamics of the ever-escalating trade war between the United States and China. This obscures the potentially more important dynamic of the growing consensus among Western governments of risks posed by China’s security, industrial and commercial policies. And it obstructs the increasing willingness of these governments to intervene in market activity for reasons of national security.

Given Trump’s erraticism and transactional approach to foreign policy, it is important not to mistake the general trend of a hardening trade relationship with China across the West. A desire to put more pressure on China is not simply a Trump phenomenon. Indeed, it’s one of the few areas where there’s bipartisan agreement in the United States and among its traditional allies Japan, Canada, and Europe right now.

When Jean-Claude Junker, President of the European Commission, recently appeared next to Donald Trump in the White House Rose Garden to announce an easing of their incipient trade spat, the media coverage almost missed their statement pledging to work together “to address unfair trading practices, including intellectual property theft, forced technology transfer, industrial subsidies, distortions created by state-owned enterprises, and overcapacity.” Even without mentioning China by name, the point was obvious and represented a growing consensus among many nations that China’s unfair practices are putting the rest of the world at a disadvantage.

Despite China’s courting of the European Union, Europeans leaders have expressed significant skepticism about Chinese commitments, increasingly viewing Chinese investments in Eastern and Central Europe as Trojan horses. In fact, they have started restricting Chinese investments into their economies and have been at pains to point out that Europe shares Washington’s core concerns about Chinese industrial and commercial policies. And it is not just Western countries expressing concern over the nature and intent of Chinese investment of strategic national assets. Across Southeast Asia, wariness is growing over the dangers of unsustainable Chinese investment, lack of transparency and accountability, and projects that erode the foundations of national sovereignty. This has given rise to fears that China is, in the words of Malaysia’s newly elected Prime Minister Mahathir Mohamad, coercing smaller nations into “unequal treaties.”

With constant news coverage of the escalating trade war between the United States and China, the story that is being overlooked is the growing consensus among Western nations that a response to China’s industrial and trade policies is necessary. While this gradual shift in policies reflects broader concerns that Chinese economic liberalization has stalled for the foreseeable future, there are three specific concerns that help explain why this is occurring now.

First, there is emerging consensus that under his drive to solidify the Chinese Communist Party’s grip on the country, Xi Jinping has accelerated China’s embrace of authoritarianism in a way that fundamentally undercuts Beijing’s reformist rhetoric. The result is a country that is increasingly closing itself—and its markets—to outside trade and investment, insisting that the price of doing business in China is forced technology transfer, and lurching away from transparency. As an independent research firm has observed, the global conversation about China’s evolution has been pushed to a “tipping point-moment of discussion” by policy changes in Beijing. Where previously there was debate about the policy balance, with market-oriented and state-control ideas competing for the lead, the Xi-era has led China away from convergence with the OECD. One result has been that American and European businesses and governments now recognize that voluntary mechanisms to open China’s economy have not worked and likely will not work.

Second, China’s push to dominate artificial intelligence, quantum computing, and other fields has begun to raise appropriate alarm in the United States and Europe. In 2015, Beijing announced “China 2025,” its industrial plan to dominate the core components of a future economy by investing in cutting-edge innovation in artificial intelligence, quantum computing, robotics, and aerospace industries among others, while also increasing Chinese acquisitions of U.S. and Western firms. The goals are to upgrade Chinese industry, localize production, make it more competitive globally, and put it at the forefront of multiple cutting-edge industries. While that might make sense from China’s perspective, it leads to obvious questions about whether foreign companies will be boxed out of working in China or forced to do business in China under increasingly disadvantageous terms. Indeed, Beijing states that its goal is to increase the domestic content of core components and materials to 40 percent by 2020 and 70 percent by 2025. In tandem with this, the Chinese government has issued nearly 300 new national standards related to cybersecurity. The result is a vague set of regulatory tools that is rapidly shifting the business environment for foreign firms operating in China. A new report by the Washington-based think tank CSIS has concluded that for foreign firms engaging with China, this shift will “create security risks, add costs, and overall underscore that Beijing is ultimately in control.”

Third, there is growing worry about the nature and intent of Chinese investment in, and acquisition of, Western technology and critical infrastructure. Concerned about the risks of supply chain disruptions, information and data security, the acquisition of military or dual-use technology, and threats to critical infrastructure, the United States and Europe are taking steps to investigate and limit Chinese investment in their economies. Behind these concerns lies growing recognition of persistent Chinese efforts to manipulate financial networks, political processes, and public debate within the United States and among its allies. As a result, the Committee on Foreign Investment in the United States (CFIUS) is in the midst of a legislative overhaul that will likely expand its powers, and in late July Britain rolled out its new National Security and Investment White Paper, which was intended to strengthen the government’s ability to prevent foreign purchases of security-sensitive British assets. Although the document is broad, UK officials have confirmed that “this is mainly about China” and preventing Beijing’s acquisition of sensitive technologies and critical infrastructure. London’s move follows similar ones in Germany and France, which have both intervened to halt deals with Chinese companies that raised security concerns and worked to strengthen their foreign investment laws.

All of these factors mean that the business community should be prepared for uncertainty ahead. Given Beijing’s increasingly assertive foreign policy and aggressive industrial policy, democratic governments are likely to increase the pace of their interventions into the commercial sector to halt or amend deals for strategic and geopolitical reasons, as they enhance regulations that govern foreign investments. Second, Donald Trump’s erraticism and transactional approach to foreign policy and economic issues will likely make this less a coordinated approach among allies than one that moves forward by fits and starts. This trend, however, is not based on Trump’s trade war, but rather is reflective of multiple nations’ financial and security concerns and is likely to persist. Finally, governments are now attempting to ensure that they are not overly leveraged on a single market and therefore vulnerable to economic coercion or macroeconomic shocks. All three of these trends are likely to intensify, and the smart investor would be wise to pay heed to them. 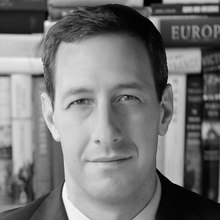