With the death of Ali Abdullah Saleh, everything that can go wrong has gone wrong for Saudi foreign policy.

Yemen’s former President, Ali Abdullah Saleh, is dead, and Saudi Arabia’s plans to resolve the quagmire in Yemen died with him.

Killed by his erstwhile Houthi allies on Monday, Saleh died attempting the kind of Machiavellian, self-serving political maneuvering that defined his 34 years in power and the five years he spent trying to regain that power following his ouster in the Arab Spring. Ending years of partnership with the Houthi rebels, Saleh declared on Saturday that he and his faction would join with the Saudi coalition and battle the Houthis for control of Sanaa. After this miscalculation—either of his own strength or the strength of his allies—the Houthis killed Saleh and declared that they had taken over most of the capital.

Obituaries of Saleh have thus far been repetitive and predictable. They inevitably quote his claim (perhaps not original) that ruling Yemen was like “dancing on the heads of snakes.” Yemen is indeed a country of profound regional-tribal-sectarian complexity, but Saleh himself was very much one of the snakes. In 1990 he sided with Saddam in the Persian Gulf War, but then claimed American support in Yemen’s brief 1994 civil war. His own generals accused him of failing to destroy the Houthis when he had the chance as President. His later support for the Houthis and complicity in the deaths of thousands during the Arab Spring protests means that he leaves behind a legacy of death, destruction, and disunity.

While Saleh’s death might prompt reflections about Mubarak, Qaddafi, and other dead or deposed dictatorial peers, hopefully it will also contribute to a growing understanding of the catastrophe that has unfolded in Yemen. The Economist‘s cover story this week is “Yemen: The War the World Ignores.” The New York Times has described Yemen’s ongoing cholera outbreak, which has infected more than 500,000 people, as a man-made disaster. Seven million Yemenis are on the brink of famine, with millions more in need of humanitarian aid, a huge proportion of them children.

This catastrophe did not happen in isolation; it is not an act of God. It is the direct result of the failures of the military and foreign policy of Saudi Arabia.

Saudi Arabia’s rulers believe that in fighting the Houthis they are fighting for the legitimacy of the government of Abd-Rabbu Mansour Hadi and against foreign interference from Iran. For Saudi Arabia and Iran, Yemen is a proxy battleground in their struggle for regional hegemony.

But it’s the Saudi strategy to defeat the Houthis, a naval blockade combined with near-constant aerial bombardment, that has produced the stomach-churning humanitarian crisis. It should be impossible for those who criticized the Assad regime’s butchery in Aleppo to look the other way as a U.S. partner uses U.S.-supplied weapons to commit similar atrocities. A growing and bipartisan group of U.S. Senators has taken notice. Republican Senator Todd Young is leading an effort to convince the Trump Administration to get the Saudis to restore humanitarian aid shipments. Over the summer, Rand Paul (R-KY) and Chris Murphy (D-CT) nearly succeeded in blocking a Saudi arms deal over concerns about the Saudi prosecution of the war.

Unlike Assad, however, the Saudis are no closer to victory against the rebels. Two years ago, the Saudis promised that the coalition was two months away from retaking Sanaa. Given the inability of Saudi Arabia’s partners to win the fight, Saleh’s switch offered the coalition the chance to contest the city for the first time. While his faction (now led by his son) hasn’t entirely been defeated, the Saudi coalition now lacks any leader on the ground who could plausibly bring an end to the conflict. President Hadi is such an unreliable partner that the Saudis have barred him from returning to Yemen. Saleh’s son was under house arrest in the UAE, and remains outside of Yemen.

It’s not clear whether Saleh’s death or his faction’s defection will make conditions on the ground much worse—if that’s even possible at this point. What is clear is that what must have been a long-negotiated Saudi plan to win the conflict outright has just gone up in smoke, and that the disastrous status quo is likely to prevail for the foreseeable future.

That includes the steady growth of Iranian influence in Yemen, which is now stronger than ever. When I first wrote about the Yemen conflict for The American Interest three years ago, Iran’s known aid to the Houthis consisted of “a relatively small but steady stream of automatic rifles, grenade launchers, bomb-making material and several million dollars in cash.” Today, though the means of supply is disputed, Iran is helping the Houthis build missiles that can strike Riyadh, and the Houthis now claim that they intend to target the UAE’s nuclear power plant. While the Iranians are spending a few million dollars per month in Yemen, the Saudis are spending hundreds of millions.

Saleh’s death and the Yemeni quagmire are unfortunately just one facet of Saudi’s bungling of its counter-Iran efforts. The past month, in particular, has been a string of embarrassments. In a bizarre episode, the Saudis pressured Lebanese Prime Minister Saad Hariri to resign during a visit to Saudi Arabia, which prompted conspiracy theories that he was forced to resign under duress or even that the Saudis had kidnapped him. ABC News has reported what seems to be the reality of the harebrained scheme, which was to replace Saad with his more hawkish brother Bahaa. When that failed, France and the United States discreetly moved in to help both the Saudis and Hariri save face. Two weeks ago, Hariri returned to Lebanon via France and on Tuesday he “withdrew” his resignation, bringing the sorry episode to conclusion.

Then there was the development that excited regional observers perhaps more than any other—the possibility of an open peace between Saudi Arabia and Israel. We have long written about the rapprochement between Israel and the Sunni Arab states over their mutual fears of Iran. But for the first time this week, there seemed to be evidence that the Saudis no longer cared what a Palestinian peace deal looked like. The New York Times reported  that Saudi Crown Prince Mohammed bin Salman had pressured Mahmoud Abbas to accept a deal with no right of return, without a contiguous West Bank, and without Jerusalem as the Palestinian capital. The reception was explosive, and rightly so. The problem is that the details of the plan, which the White House had kept under wraps, seem to have been intentionally leaked by the Palestinians in order to poison the deal.

Even before President Trump’s announcement recognizing Jerusalem as the capital of Israel, the Saudis were forced to backtrack. After the announcement, whatever deal might have been in the works can safely be thrown out. As I wrote during the Temple Mount Crisis, even if Mohammed bin Salman and the Saudi leadership don’t care about these issues, Abbas knows that he can strike a nerve across the Muslim world whenever Jerusalem is under “threat.” Whatever Mohammed bin Salman may think of peace with Israel and an alliance with it against Iran, the Palestinians have forced the Saudis to toe the line by appealing to popular resentment toward Israel within the kingdom.

It doesn’t especially matter whether or not the Saudi leadership might privately be able to live with Trump’s decision. The statement from the Saudi royal court yesterday denouncing the decision as irresponsible makes clear that we are now very far away from overt cooperation between Saudi Arabia and Israel. It might even lead to a public rift with the United States. President Trump has called for immediate humanitarian aid to Yemen, perhaps in response to the Saudi condemnation on Jerusalem.

The developments in Saudi Arabia under the leadership of Mohammed bin Salman are undeniably momentous. Despite limited results so far, the promised scope of his economic, cultural, political, and religious reforms has electrified the country. What’s more, both the Saudis and the Israelis are on the same page as the Trump Administration about the need to counter Iranian influence. With so many opportunities to shape the future of the region for the better, it’s unfortunate that both Saudi Arabia and the United States are squandering the opportunity. 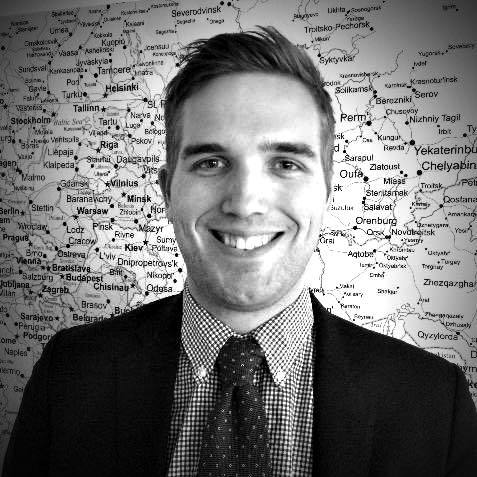