Deterrence can fail in two ways. The first is catastrophic: a large eruption of violence that shakes the existing geopolitical order. The status quo, which existed because of the effectiveness of deterrence, is challenged in a dramatic and violent way, but the outcome of the conflict is always in doubt. War is not a mathematically determined reality—a neat correlation of forces in which the side with more shells, planes, and men wins. It is the realm of chance and imponderable forces often defined as “will.” Because of this, it is rare that a strategic actor willfully seeks a dramatic end to a relationship of deterrence, even if it is has revisionist aspirations and a deep-seated hostility toward its rival. Rather, the catastrophic failure of deterrence is the result of miscalculations, unforeseen escalations, and sometimes even accidents. It is not willed; it is surprising to all parties involved. A case in point is World War I, when great power competition, particularly between Great Britain and Germany, turned violent through a series of unexpected turns of event.

The second way deterrence can fail is gradual, through a chipping-away at the credibility of the leading power in the system. This is not mutually exclusive of catastrophic failure, in that gradual collapse can degenerate into a large-scale war, with the unforeseeable outcomes such a conflict brings. The difference lies in the fact that one of the parties is intentionally seeking to readjust the status quo undergirded by deterrence by means of a gradual alteration of expectations and credibility. The revisionist side wants to engender a gradual failure of deterrence because it considers the existing geopolitical order not to be attuned to its interests or prestige. But it also does not want to jump into a large conflict with the power or powers that underwrite the status quo because it may be the weaker side, or simply because war is dangerous business. The objective is to alter in a steady and almost stealthy way the expectations of future behavior that keep deterrence alive. That is, the revisionist power wants to make all parties involved—the rival as well as his allies—believe present promises of behavior will not be honored in the future. Once such a belief sets in, the options for the targeted powers are limited to accepting the new geopolitical reality or restoring the status quo ante. In either case, deterrence has failed—not violently, but in the realm of perceptions and expectations.

America’s international rivals today are seeking to cause the failure of U.S. extended deterrence using this latter method. Aware of their weaknesses against the United States and its allies and cognizant of the incalculability of engaging in direct confrontation with the world’s most powerful nation, they are engaged instead in a cautious game of “salami-slicing.” Their strategy is to break deterrence bit by bit, through repeated demonstrations of its insolvency in small, hard-to-counter crises. As Bernard Brodie wrote, “Governments, like men generally, usually have been aware of the hazards involved in provoking powerful neighbors, and have governed themselves accordingly.”1 America’s rivals are aware of the dangers of provoking the world’s most powerful nation. But this doesn’t mean that they have reconciled themselves to the U.S.-led system in the 21st century; rather, they are challenging it subtly, at the regional level, in ways that avoid an outright war but subject the foundations of the system to recurrent and ultimately cumulative stress tests.

Russia’s recent actions should be seen in this light: as small steps aimed at revising the geopolitical reality in its region—a reality that had been supported by a certain set of expectations of behavior (for example, no violent territorial adjustments). These expectations were created by U.S. extended deterrence: respect the status quo or there will be punishments. By altering some of these expectations, Russia has whittled away portions of deterrence. The danger of such a gradual breakdown of deterrence is that it is easy not to perceive it as being diminished. After all, it is clear to all parties that NATO and the United States behind it continue to maintain a vigorous deterrent against a full-scale attack, ranging from conventional to nuclear, on any of its members. But it is less clear what has been lost, because that loss has occurred only at the geographic and conceptual edges of deterrence. The geographic edges are evident in that Ukraine is not part of NATO or the EU, but some sort of guarantees were extended to it through the Budapest Memorandum of 1994. The maintenance of a politically independent and territorially intact Ukraine was part of the late 20th-century geopolitical order. Moreover, Russia’s modus operandi—a limited war operation conducted by “little green men,” offering deniability and falling below the threshold of a full-out conflict—is aimed at that zone of conceptual uncertainty where it is unclear whether a tripwire has been crossed or not. In any case, there is no 21st-century Great War in Europe, which would have been a clear sign of a catastrophic failure of deterrence. But a slice of deterrence—perhaps small, perhaps insignificant on its own—has undeniably been carved away.

The question for U.S. and allied leaders to ponder in the face of salami-slicing tactics is not only how to shore up existing deterrence, but how to restore the deterrence that has been lost. The former task has received the most attention, and is generally held to involve restating with greater vigor security commitments tying the United States to its allies, repositioning troops and military assets to troubled frontier states like Poland, rewriting contingency plans, and enhancing military training and joint exercises. All of this is done to convey clearly and forcefully that, if the revisionist power (in this case Russia, though similar steps have been made with China) were to decide to take the next big step in challenging deterrence (a move against a NATO state), the retaliatory response would be immediate and effective.

But this is not enough. The focus on shoring up deterrence, important as this may be, overlooks the fact that a good deal of deterrence has already been lost. The expectations of behavior that undergirded the pre-Ukraine war status quo have already been altered: Russia has demonstrated its will and capability to use force to redraw the map of the region. The credibility of the West has also been altered and, to be precise, diminished: It has clearly demonstrated its unwillingness to meet force with force, even if by Ukrainian proxy. Europe at the end of 2014 is not the Europe of 2013, exactly because the geopolitical order has been challenged and altered by Russia—because, in other words, the deterrence that sustained the previous order has been weakened by Moscow’s actions.

To keep the deterrence that is left is certainly easier than to restore the slice of it that has been lost. Once the original set of expectations underlying deterrence has been invalidated by the violent behavior of one side, how does one restore it? This is really two separate questions: Can one restore lost deterrence at all and, if so, is the West willing to take the steps necessary to do so?

The answer to the first question is yes: a gradual salami-slicing of deterrence can be arrested and reversed, at least in theory. To restore lost deterrence, visible pain needs to be imposed on the aggressor. One way to do so, much discussed but not attempted, would be to arm Ukraine so as to deny Russia its objective of territorial adjustment by military means. By turning what Moscow had hoped would be a quick limited war into a prolonged war of attrition, it would be clear that revising the existing order by force is not cost-effective. The salami-slicing, so to speak, would be halted and the hand holding the knife rapped across the knuckles.

But the ultimate way to restore lost deterrence would be to take actions that inflict an injury on the attacker that is somehow proportionate to the assault. Sanctions, whether they succeed or not (and despite the falling ruble and fleeing investments, it does not appear that Russia’s attack on Ukraine can be reverted), are not proportionate: It’s like leaving a burglar in a home invasion in possession of the victim’s bedroom. Proportionality would be something that established our ability to do to Russia what it has done to the third party. It would be an old-fashioned lex talionis imposing a penalty commensurate to the crime. In no-holds-barred geopolitics, NATO could establish proportionality through, for instance, working to foment internal problems in Russia’s more troublesome regions. The guiding principle that Putin has used against Ukraine—promoting an ethnic minority within a larger politic for power reasons—could be used as an offensive tool against Russia. The Achilles’ heel of Russia its multi-ethnic composition. While it’s not as pronounced as it was in the larger Soviet Empire, it isn’t insignificant and is certainly a continuing source of preoccupation for the Kremlin. This is just a single example; one can think of several other cost-imposing strategies to exploit Moscow’s weaknesses and fears.

The challenge isn’t to come up with such an attack but to implement it. And here there are two self-reinforcing problems. First, the general challenge of restoring deterrence: Once it has failed, even if only partially, it is not easy to rebuild. It’s not like refilling a glass that has been emptied; rather, the glass has been cracked or broken and requires greater skill and effort to hold together, even if refilled. It requires retaliation to restore a status quo ante, and the more time that passes without retaliation, the more difficult it becomes. That is why, after a failure of deterrence, the new order is rarely ever the same again.

The second difficulty is more peculiar to the current case. The Western alliance does not appear to have the will to escalate the relationship with Russia. In part, this is because of the nature of the Russian challenge: the geographically peripheral target (distant and eastern) and conceptually “gray” methods (limited war, “hybrid” threat) do not create a sense of immediate threat uniformly shared by the allies. But in part the Western reluctance to rebuild lost deterrence seems to stem from a worldview that sees forceful challenges to the regional and global order based on norms of non-violence and rules of commercial interdependence as inherently self-defeating, thereby not requiring immediate policy adjustments and responses.

In brief, a portion of the relationship of deterrence that characterized Russia and Europe is lost and is unlikely to be restored. Whether Russia will continue to seek a gradual failure of deterrence in order to reassert its own influence over parts of Europe remains to be seen, but it is to be expected—if only because its success so far may increase its desire to challenge the existing order. Putin may leave Brisbane early, but he isn’t leaving eastern Ukraine anytime soon. 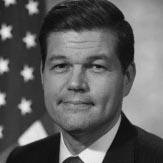