When it comes to Israel, The Intercept’s coverage crosses the line from opinion journalism to a crude and vile form of propaganda.

Pierre Omidyar, founder and chairman of the auction site eBay, became a billionaire at the age of 31. Having made his fortune (his net worth is somewhere in the ballpark of $8 billion), the French-Iranian-American entrepreneur wants to give back. A decade ago, he established the Omidyar Network, an institution that is part venture capital and part philanthropy, to help businesses and nonprofits that share a “commitment to advancing social good at the pace and scale the world needs today.”

Some of Omidyar’s investments do good by anyone’s definition: funding joint public-private educational projects in South Africa, or helping indigenous peoples around the world retain rights to the resources on their own lands. But for other investments, “social good” is in the eye of the beholder. Omidyar recently infused $250 million into a new journalistic venture, First Look Media, and has installed a respected mainstream journalist, a former managing editor of the Washington Post, as President, to help “develop the best ways to serve audiences as well as oversee the company’s editorial vision.” That vision encompasses a number of lofty objectives: ensuring that citizens are “highly informed and deeply engaged in the issues that affect their lives”; helping “to improve society through journalism and technology,” building “responsive institutions”; and supporting efforts to “hold the powerful accountable.”

That is all well and good, but how are these high-minded goals working out in practice? The only product of First Look Media thus far is The Intercept, an online publication whose three founding editors are Jeremy Scahill, Laura Poitras, and Glenn Greenwald. The latter two are both individuals to whom Edward Snowden entrusted the top-secret documents he purloined from the National Security Agency and other U.S. intelligence bodies before he took refuge in Vladimir Putin’s Russia. Jeremy Scahill is a self-described “progressive journalist” who has written extensively for the Nation and wrote the script for a 2013 documentary film, Dirty Wars, based upon his book of the same title, about America’s “global killing machine.”

To their credit, this trio’s publication has provided some worthwhile coverage of the current turmoil along our border with Mexico. It scored some points in a takedown of NPR for misleading reporting about al-Qaeda’s response to the Snowden documents. And it has reviewed or published more of the stolen documents themselves, accompanied by analysis that, while mostly tendentious, is well within the realm of what passes for journalism in this high season of leaks.

When it comes to the Middle East, however, The Intercept’s slant becomes far more pronounced. While the war between Israel and Hamas was raging, for instance, it published around a half-dozen pieces about Gaza that proffered a one-sided view, to put it in the most generous possible terms.

In one of those articles for instance (“Cash, Weapons, and Surveillance: the U.S. is a Key Party to Every Israeli Attack“), we learn that the war, which in fact began with the Hamas kidnapping and murder of three Israeli teenagers and then rocket fire from Gaza directed at Israeli civilian centers, supposedly began as the result of an “Israeli attack on Gaza.” The “aggression” was sponsored by the “indispensable, direct involvement of the U.S. government,” which “has long lavished overwhelming aid on Israel, providing cash, weapons and surveillance technology,” all of which “enable Israel’s military assaults” and its “massacres” of Gaza’s “trapped civilian population.”

In another piece (“Terrorism in the Israeli Attack on Gaza”) we are instructed that the term “terrorism” is much misused. Indeed, as applied to Hamas and the Palestinians, it is nothing more than a “fear-mongering slogan.” Israel is the party using “massive, brutal force against a trapped civilian population, overwhelmingly killing innocent men, women and children,” and if anyone deserves to be called terrorists, it is the Israelis. “The most generous claim one can make about what Israel is now doing in Gaza,” writes Greenwald in yet another contribution, “is that it is driven by complete recklessness toward the civilian population it is massacring.”

Augmenting this commentary is Greenwald’s prolific Twitter output (at last count, more than 48,000 tweets), in which his hatred of the Jewish state takes its most pristine form:

There were a lot of atrocious casualties from the Israeli attack on Gaza, but one of them was academic freedom at the Univ. of Illinois.

Israel – being Israel – today blew up an 11-story apartment building in Gaza – here's the video https://t.co/fnPMyxR9q3 (via @tomgara)

Israel: We're not good at finding Hamas commanders, but we're excellent at killing their wives and infant children http://t.co/zOT9Ilc7Gn

Israel's war criminality becoming so extreme that not even US Govt can avoid publicly condemning it now https://t.co/NHXeAKwzFK

At no moment did Greenwald or The Intercept pause to make judgments about the rockets Hamas fired at civilian targets across Israel, the tunnels it constructed into Israel packed with motorcycles and weapons to kidnap and kill, Hamas’s use of hospitals and schools as military positions and ambulances to ferry fighters, or any of the other clear violations of the laws of war carried out by jihadi extremists in Gaza. To be sure, The Intercept makes no pretense of being a neutral news organization reporting on a war, but it cannot properly be called opinion journalism either; its one-sidedness is so flagrant and relentless that it easily traverses the line separating argumentation from propaganda.

The propaganda in question is a stream of venom and denunciation directed toward the democracy that is Israel, and a similar stream of extenuation and denial about the terroristic activities of Hamas and affiliated jihadist groups, while also maintaining a deafening silence about the various Islamic and secular butchers from Iraq to Syria to Libya who have turned much of the Middle East into a slaughterhouse.

Israel can be criticized like any other state. But treating the Jewish state as the prime focal point of evil in the modern world is clearly something else. That something else has a name. Linking without a shred of evidence police misconduct in Ferguson, Missouri, to Israel, or likening Israel’s Prime Minister Benjamin Netanyahu to the ultimate symbol of evil, a leading Nazi—both of which Mr. Greenwald has done in recent weeks and both of which constitute demonization plain and simple—reveal the recrudescence of the centuries-old obsession of anti-Semitism in modern guise.

St. Louis County Police Chief, in 2011, on visiting Israel to learn about police tactics from the Israelis https://t.co/aYaqRcud3A

Greenwald will no doubt continue pursuing that obsession for reasons that perhaps he himself does not understand—that is the way obsessions operate. But why would Pierre Omidyar, or any responsible philanthropist, be a party to breathing new life into this ancient hatred? Why would any mainstream newsman sign on to oversee the “editorial vision” of what is fast becoming the Internet-age equivalent of Henry Ford’s Dearborn Independent? One recoils from the possibility that it is Omidyar’s deliberate intention to resurrect exploded falsehoods and give legitimacy to filth from the fringe.

By 1927, Ford, who had too much money and too little judgment, was induced to apologize for what he had published in the Dearborn Independent. “I deem it to be my duty as an honorable man,” he wrote in a letter to Louis Marshall of the American Jewish Committee, “to make amends for the wrong done to the Jews as fellow-men and brothers, by asking their forgiveness for the harm that I have unintentionally committed.” Never mind that Ford’s previous actions were wholly intentional—by publicly retracting the vile publications in full, he did the right thing, even if his reputation never recovered.

Given where anti-Semitism led in the last century, and given where it threatens to lead in this one, Omidyar, who like Ford seems to have too much money and too little judgment, should follow the automaker’s footsteps. He should sever his connection to those who practice the vicious demonization of the Jews in the Jewish homeland, disavow the loathsome refuse he has published and ask for forgiveness. That is the only means by which he and his associates will salvage a sliver of their reputations, at least in those circles that remain decent. 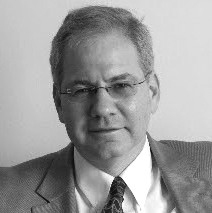