Podcasts
About Us
Privacy
Five Eyes vs. 5G
Why Huawei Lost Its Quest for World Domination
Karthik Ramanna

Beijing tripped on its ambitions for Huawei for the same reason it has consistently failed in global influence games—it did not have the patience to pursue a long-term, soft-power approach.

The UK government decided this month to effectively ban the use of Huawei equipment in its fifth generation mobile-communications networks. The decision reverses the government’s previous openness to the Chinese mobile-equipment giant.

That openness had stood out like a sore thumb amongst Britain’s closest allies, the so-called Five Eyes—which also include Australia, Canada, New Zealand, and the United States. These latter four had expressed serious security reservations about Huawei equipment, notably that such equipment could be used to install backdoors for Chinese espionage. Somehow, Britain had felt these risks could be managed. What did Britain know that others did not?

In researching this question for a recently completed case study, I found that the previous British government was seemingly making the security risk-assessment on much too narrow technical considerations. That government was also politically keen to find a middle ground, so as to mollify its Chinese counterparts very eager on the Huawei matter—Brexit Britain needed friends.

The risk-assessment decision seemed to largely hinge on the work of the purported effectiveness of a GCHQ-subsidiary “Cell” operating within Huawei. Like most matters involving the GCHQ, much of the details are still unknown, but what became fairly clear from public reports was that this security apparatus was not set up to look for espionage backdoors. Rather, it was simply doing an audit of Huawei software’s robustness to malicious third-party attacks. Even on this much narrower scorecard, Huawei came up short at times.

As one independent computer-security expert said to me, there is a lot more software in 5G relative to previous generations of mobile infrastructure, and experience suggests software bugs travel quickly. Besides, if the Cell’s testing was all it took to ensure that software was threat-free, we would be seeing far more such voluntary testing amongst even private companies like Microsoft that lose billions each year to malware attacks.

It could be within the mandate of GCHQ to entertain at least some Huawei participation in Britain, perhaps to have an insight into current methods of Chinese electronics intelligence. But this narrower objective was eventually swamped by the sense that Britain could not afford to stand apart from its allies.

With Britain’s decision, remaining Western holdouts, notably France and Germany, will likely fall in line with the Five Eyes. And so too will India, potentially one of Huawei’s largest non-Western markets. Even countries not naturally suspicious of China may follow suit, as they would not want to be trapped using mobile equipment running on technical standards different from those in the West.

Huawei’s reversal of fortunes has been stunningly quick and brutally deep. In the summer of 2019, it looked like the company was poised to take over the mobile world—on a scale that would resemble the market power of Apple, Google, and Samsung combined. Just as countries worldwide were preparing to commit billions of dollars to build their communications infrastructure for the next decade, Huawei stood ready with a product that was cheaper, faster, and more comprehensive than any competitor.

COVID-19 was an indirect player in Huawei’s downfall. First, the Coronavirus distracted governments facing a seemingly urgent 5G dilemma, and now these governments can comfortably push back their major 5G investment decisions by a year, citing the public-health crisis and fiscal constraints. By that time, Western competitors to Huawei such as Ericsson, Nokia, and Samsung, are expected to have caught up in their price-value offerings.

Second, COVID has laid bare the world’s precarious supply-chain dependency on China. Washington and London are exploring how the so-called D-10 (the 10 largest democracies: the G-7 plus Australia, India, and Korea) can create a trade bubble to counterbalance China.

Both Huawei and the Chinese government have framed the Five Eyes’ rejection of the company as a U.S.-led, Huntingtonesque Clash of Civilizations, an attempt by a jealous America to deny China its rightful place in the world. They have in Donald Trump a perfect foil—his mercurial and sometimes racist rhetoric has been used to spin a story of Huawei’s persecution.

But it is not so. Huawei was never really a credible tech-monopolist for the West, in the vein of Apple or Google, even if it were not for the current U.S.-China rift. Witness Australia’s early skepticism of Huawei, despite Australia’s economic dependence on China.

When Edward Snowden’s leaks helped reveal that the United States was using some of its tech companies such as Cisco to spy on allies like Germany, the German response was clear-cut—Cisco suffered a loss of business. So, with similar suspicions about Huawei, we would expect a similar response by non-Chinese governments, Clash of Civilizations notwithstanding.

Huawei executives have not been able to provide a convincing and consistent defense against client countries’ security concerns. On one hand, they argue that there is not a risk of Chinese dependency in 5G because countries will diversify their vendors across Huawei and other non-Chinese alternatives. But then, in their own sales pitch, they have pushed aggressively against vendor diversification, especially in smaller markets where this can be very costly. Such contradictions have not helped Huawei’s credibility.

What can be debated is why China has been so keen for Huawei. Is it simply so that the Chinese Communist Party leadership can boast of a global success story on the scale of Apple, Google, or Microsoft? Or is it something more nefarious related to covert offensive warfare? Britain’s shutdown of Huawei, and the domino effect to likely follow, means we will probably never know.

But at best, the CCP’s pushiness on Huawei reeks of state capitalism on a magnitude that is likely to be uncomfortable even to the French, who ordinarily revel in this form of doing business. Moreover, unlike the French state, the Chinese state is deeply illiberal and without meaningful internal checks. So even absent any espionage motives, embracing Huawei seems like entering into a long-term relationship that a liberal society would come to regret.

And even if Huawei is currently independent of the Chinese state, the idea that it would be able to resist a national-security warrant from Beijing is laughable. If there was any doubt of Beijing’s want for absolute power, events in Hong Kong this month should have put that to rest.

Ultimately, Beijing tripped on its ambitions for Huawei for the same reason it has consistently failed in global influence games—it did not have the patience to pursue a long-term, soft-power approach. When its initial “encouragement” of Huawei adoption worldwide did not yield results, Beijing diplomats simply grew more aggressive and desperate. The Chinese Ambassador’s threats to Britain in the wake of the UK reversal are not doing Huawei any favors; rather they are sealing Huawei’s fate elsewhere.

The retaliation from China to the UK will be real, but it will not be as harsh as some expect. In the wake of Huawei’s growing isolation—and a potential COVID-catalyzed consolidation of the D-10—the CCP now needs the West more than the other way around. In the long run, without export-fueled economic growth, the CCP is deeply vulnerable.

That said, Beijing will need its pound of flesh to look strong internally after London’s humiliating Huawei rebuke, so expect some scapegoats. At least one major American and British company will have to take the fall in China, and, if I were to speculate, Apple and HSBC look ripe for the picking. 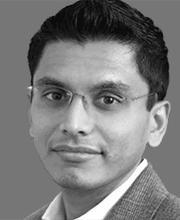