Unilateral Israeli annexation would be a mistake, but Peter Beinart’s one-state solution is an approach that compounds one mistake with another.

We wrote our book, Be Strong and of Good Courage, because we feared that the path Israel was on would lead to a one-state outcome. By default, continuing to build outside the settlement bloc areas would make separation of Israelis and Palestinians impossible and in time produce one state for two people. By showing how Israel’s most important leaders identified what was most important, took hard decisions, and put the country’s needs before their political needs, we hoped to remind Israel’s leaders today of their responsibility to make clearly difficult political choices—choices that now will provoke great opposition from the settler movement.

So far that hope remains unfulfilled. Worse, Prime Minister Benjamin Netanyahu’s impulse to take advantage of the Trump plan to annex unilaterally up to 30 percent of the West Bank has provoked reactions in the United States. Many of the critical reactions are legitimate, but some of them are, regrettably, largely divorced from reality. On the one hand, there is Peter Beinart who now argues for a binational Jewish-Arab state. On the other, there are those like our friend Ilan Goldenberg who wants desperately to save a two-state outcome and thinks the right response to annexation is to recognize a Palestinian state in order to keep hope alive for the Palestinians.

We are not surprised that the prospect of annexation has triggered these reactions. It is a unilateral Israeli act that violates a central premise of the Oslo Accords: Neither side will alter the status of the territory—meaning Israel won’t annex and the Palestinians won’t declare statehood. The permanent status of the territory was to be negotiated; yes, there are no negotiations now, after the failure of three major attempts led by the United States since 2000 and the loss of faith of each public in the other.

However, unilateral annexation by Israel, of territory it already controls, is not the answer. It won’t make Israel safer. No one knows whether annexation will trigger the collapse of the Palestinian Authority, or end security cooperation between the IDF and the PA’s security forces, or provide an excuse to Hamas and Hezbollah to launch symbolic missile strikes against Israel that could escalate. But we do know that it will raise basic questions about the legitimacy of Israel’s position in the West Bank, and will unquestionably be a boon for the de-legitimization movement at a time when justice has become a central issue in America.

Small wonder that Peter Beinart has decided to show that he is on the right side of justice. Having spent nearly thirty years trying to promote peace between Israelis and Palestinians, we, too, want justice and dignity for both sides. But his prescription will produce endless bloodshed, not justice. His call for one state simply cannot work in the Middle East: a region where there are no democratic traditions; where the post-sectarian age has not arrived; where wars are fought without limits (witness Iraq and Syria); and where there remains no readiness to accept or respect minority rights.

In the Middle East, wherever a central regime is imposed on different sectarian/ethnic groups, the consequence is ongoing struggle. Is the story of Iraq, Syria, Lebanon, and Libya what we should be prescribing for the future of Israelis and Palestinians?

Moreover, Beinart seems to believe that the separate national identities of Israelis and Palestinians mean little and will melt away. Nowhere does he seem more detached from the real world. Both Israelis and Palestinians have paid a heavy price to preserve who they are. Israelis have built a state in an environment where they were rejected and wars were forced on it. Does a country with a flourishing culture and which successfully achieved its raison d’être by ingathering more than a million Jews from the Soviet Union, as well as providing a home to Jews from Ethiopia, Syria, Yemen, and throughout discriminated communities in the Middle East, suddenly yield that identity? Does a country of approximately nine million—nearly seven million Jews and almost two million Israeli Arab citizens—that has persevered through wars to become the “start-up” nation with a GDP on par with France and Japan, say their state and identity has failed? Of the 105 Zionist parliamentarians in the 120-member Knesset, is there even one who would alter Israel’s identity?

Palestinians, too, have persevered. In their dispersal, in the refugee camps and through two intifadas, they have not surrendered their identity. Ahmed Ghneim, a Fatah activist who remains close to Marwan Barghouti, once explained why he favored two states: “in one state, one of us [Israelis or Palestinians] will feel the need to dominate the other.” Ghneim is right. Beinart’s binational state would guarantee that the conflict would turn inward. He implies that Israel’s Law of Return would be matched by a Palestinian demand for an expanded version of a Right of Return, involving millions. For a country that does not share the same language, religion, or experience, this would turn into a nightmare very quickly. It would guarantee endless conflict between Israelis and Palestinians.

If all this were not enough, for Beinart, Israel’s enemies are imaginary. But Israelis know they are not. What country would bet its very existence that suddenly Iran, Hezbollah, Hamas, and Islamic Jihad would have a change of heart if Israel as we know it did not exist? Would Arabs fight Arabs and would Muslims fight Muslims on behalf of Jews? Very few Israelis would take that gamble of a lifetime. The essence of Zionism has been an ethos of self-reliance. After 2,000 years of persecution, the Jewish state was based on the idea that Jews must have agency to secure their fate.

The bottom line of all this is clear. There is no substitute for allowing these two peoples to seek and fulfill their nationalist aspirations. Their conflict can only be solved if they are separated, and it will be perpetuated if they are not. True, two states are not available any time soon, and unilateral annexation could threaten its emergence. But that means we should continue to work against it. Should Joe Biden be elected, his Administration will almost certainly not recognize annexation. We hope it would seek to change the reality on the ground, restore a sense of possibility on both sides, and work to have each side take steps to show its commitment to peace and two states—for example, Israelis stop building outside the security barrier so two states can emerge with appropriate land exchanges. (A large majority of the settlers live in clusters or blocs inside the barrier.) For its part, the Palestinian Authority should stop giving the families of those who carry out acts of terror and violence against Israelis preferential treatment and greater stipends than other families in need.

Since we believe there is no option but to work towards these two entities, we are sympathetic to Goldenberg’s desire to keep the hope for two states alive. He fears annexation will lead the Palestinian public to give up and believe a one state outcome is the only possible outcome. He wants to give them hope by recognizing a Palestinian state as the right response to the unilateral imposition by Israel of its sovereignty in part of the West Bank.

Regrettably, a wish-based policy is likely to fail. To begin with, Palestinians, who have not been willing to negotiate with Israel for some time, should not believe that non-engagement produces rewards. But there is something even more problematic with Goldenberg’s prescription: It is offered with no conditions. Does the Palestinian state he is recognizing have to be committed to peace with Israel, the nation-state of the Jewish people? Does it have to overcome the divisions between two separate authorities in the West Bank and Gaza, and must any reconciliation be based on principles that make peace possible? Does this state have to have credible institutions and the rule of law—or does the extensive corruption that feeds deep alienation of the Palestinian public from the Palestinian Authority not matter? Must its finances be transparent? Does it have to permit free speech and a free media? Should it have to respect minority rights?

There is clearly one other problem with this option. What happens the day after recognition? Will anything practically change for Palestinians? Yes, it may give false hope that the international community or America, will deliver for the Palestinians. Waiting for others to deliver for them has always plagued the Palestinian national movement, but deepening their cynicism also won’t make progress more likely. The gap between our rhetoric and our actions will become apparent very quickly when we are unable to produce statehood soon. Our policies should be designed to provide hope rooted in showing that the realities on the ground can change and not in giving Palestinians a reason to think that nothing is possible. Sooner or later that, too, will produce an explosion.

While we respect Goldenberg’s intentions and share his commitment to two states for two peoples, he appears to share one key element with Beinart. For both, Israel bears full responsibility for the conflict. Palestinians are mere victims who have not contributed to the perpetuation of the conflict. It is as if the Palestinians responded to or made counter-proposals to the Clinton parameters in December 2000, to the Olmert proposal in August 2008, and to the Obama principles of March 2014—and of course, they did not. It is as if the second intifada that killed the peace camp in Israel never took place. It is as if the Palestinian leadership did not force out then-Prime Minister Salam Fayyad, who sought to build real state institutions and create accountability within the Palestinian Authority.

Our criticism of the Goldenberg proposal is not an argument to give up. There is no simple fix and we are not suddenly going to resolve hyper-charged issues like Jerusalem and refugees. We need a policy that returns to gradualism but focuses heavily on separation as a way of preserving the option of two states for two peoples. The way forward may seem less glamorous, but it is essential.

Yes, it took close to 100 years of conflict for these national movements—embodied in Israel and the Palestinian Authority—to deal with each other on a daily basis: security cooperation, trade, and now health cooperation relating to COVID-19. It is not perfect. Smart statecraft would build on these two foundational structures. Demolishing both of them—as Beinart would do—amid hope that something else can be built seems to us to be the height of irresponsibility and fantasy.

The mistake of annexation cannot be an excuse to ignore the realities of the Middle East. We do not need an approach to the Middle East that compounds one mistake with another and once again reflects little understanding of what drives this region. Let’s not give up on separation, negotiations, and two states for two peoples. And, let’s not adopt positions that have an abstract appeal but are sadly detached from reality. 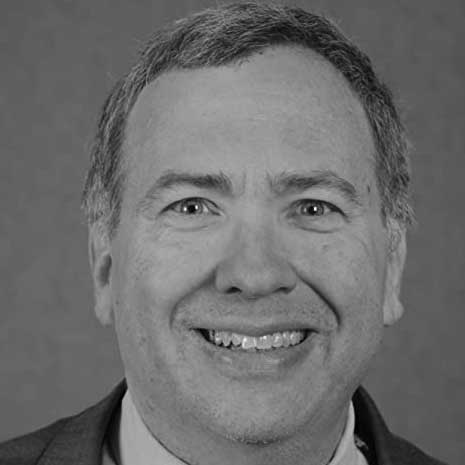 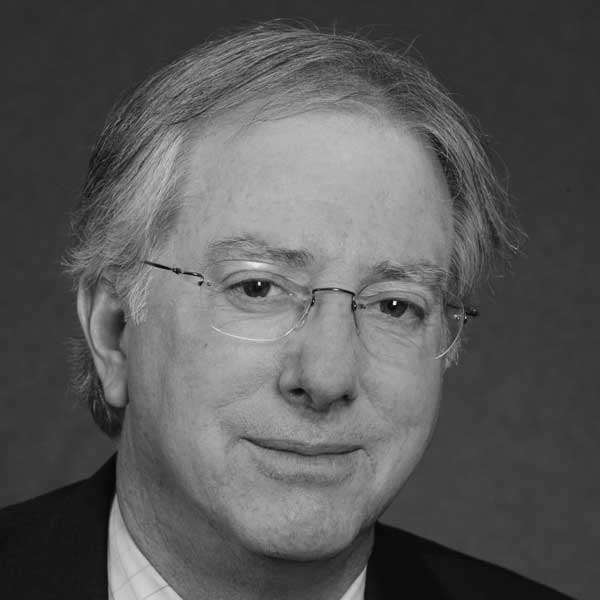