The Modi government has cooled public passions about the Chinese border clashes with nationalist rhetoric and a few economic sanctions. But India’s strategic position is weak—and Modi knows it.

We will probably never know what really happened on the evening of June 15, 2020 on the disputed Line of Actual Control (LAC), between China and India, in the high mountains of eastern Ladakh. But we do know, according to the Indian government, that 20 Indian soldiers died in clashes with Chinese troops. This was the deadliest clash between the two countries in 45 years. The death toll on the Chinese side remains unknown, though the Indian government has put it over 40. What is also known is that the armies of the two nuclear powers engaged in brutal hand-to-hand combat, apparently honoring a 1996 agreement that prohibits firearms in the area. Further details have revealed that the June 15 clashes had been preceded by tension on the LAC for nearly six weeks. In fact, over the past few years, India and China have had several stand-offs on the border.

There was also evidence to show that the Chinese army had occupied bits of territory claimed by India. Although China has for now agreed to withdraw from its earlier positions along the LAC, as part of de-escalation measures, the impact of the border clashes in Delhi remains far greater than in Beijing. India rarely figures in Chinese media or public discourse, and the recent clashes were no exception. Even the 1962 India-China war is a footnote in Chinese history, whereas for India it remains one of the most humiliating military defeats. Unsurprisingly, the reaction in India to the recent clashes was very different from China’s. Names like Galwan Valley and Pangong, which few in India had ever heard of before, now roll off the tongues of many Indians. In the days following the clashes, television talking heads have fulminated and social media has gone abuzz over the incursions. Some, admittedly publicity seekers, reacted by throwing Chinese-made products from their balconies and burning Chinese goods. Others even displayed their ignorance by burning effigies of North Korean leader Kim Jong-un under the impression that he was the Chinese President Xi Jinping.

The Indian government’s reaction was much more circumspect. This was partly because India has limited military options to combat China’s aggression on its Himalayan borders. Even as de-escalation has occurred after the June 15 clashes, there is a near-consensus among military and strategic analysts that India cannot afford to use military force since that would run the risk of wider confrontation. A decisive response like air strikes, which India employed against Pakistan in the run-up to the 2019 general elections, is neither feasible nor likely to be effective. The Indian government’s response has thus been a combination of nationalist rhetoric, aimed at the domestic audience, and a clutch of economic decisions intended to hurt China and Chinese companies.

The first statement by Indian Prime Minister Narendra Modi came four days after the clashes, following a meeting with the country’s major political parties, when he said, “neither is anyone inside our territory nor is any of our post captured.” He added, “The entire country is hurt and angry at the steps taken by China.” Subsequently, in his monthly radio address on June 28, Modi, without mentioning China, said that India had given a “befitting reply” to those who were trying to eye Indian territory. This was followed by a rousing speech in Ladakh to Indian soldiers where he again talked about the enemy, without naming it, having seen the “fire and fury” of the Indian army. He also warned that the “era of expansionism” is over. The intended audience was, of course, China.

Modi’s contention that no territory had been ceded to China went largely uncontested in India except for the Congress Party questioning the inaction of the Prime Minister and the precise sequence of events. Ironically, when the BJP was in opposition and a Chinese incursion had occurred in Ladakh in 2013, it had stridently asked for a strong response from the Congress-led government. At the time, despite no Indian casualties, Modi had tweeted, “They [China] enter our borders and we silently watch.” The current home minister, Amit Shah, said then that Chinese soldiers could have a “picnic” on Indian territory, and the government would do nothing.

Now in government, the BJP finds itself on the receiving end of such attacks. However, the feeble state of the Congress, the regional parties’ preoccupation with battling the COVID-19 pandemic, and a mostly friendly media means that few hard questions have been asked of the government. The government’s version, despite skirting the issue of China encroaching on Indian territory, was also largely accepted by the Indian public. This was not only testimony to Modi’s enduring popularity, but also the fact China does not stir the same visceral passions in India that Pakistan does.

If something similar to the LAC clashes had occurred in India’s western borders with Pakistan, the government would have been hard-pressed to respond in kind. Despite the stray protests on the streets and the rabble-rousers on television, the public reaction was relatively muted. This confirms what a Pew Survey had reported in 2019 about Indian attitudes towards China: Around 46 percent of Indians had an unfavorable view of China, much less than the numbers in the United States and most European countries.

The BJP also benefits from being seen as a political party that is strong on national security. This has been true since the time when the BJP government, headed by Prime Minister Atal Bihari Vajpayee, was in power between 1998 and 2004. In a 2014 survey, 31 percent of the respondents had said that the BJP was the “most trusted” party on national security compared to 19 percent for the Congress. These numbers have only grown during Modi’s tenure, especially after the air strike on Pakistan and the earlier “surgical” strike on terrorist camps. The BJP’s strong nationalist agenda has also meant that it is able to tar anyone critical of its policies as “anti-national.”

The BJP was, thus, able to fend off questions on its China policy and steer its messaging in a way that was palatable to most Indians. This allowed Modi to elide the awkward issue of how, under him, India has assiduously tried to woo China and had touted its China policy as one of its signal successes. Indeed, since his days as chief minister of Gujarat, Modi has visited China several times and has been seen as close to Beijing. Since 2014, Modi has visited China on five occasions, which works out to one trip a year. The Wuhan summit in 2018, where Modi and Xi spent time with each other without their respective aides, followed by a similar one in Mamallapuram in southern India in 2019, were hailed as milestones in India-China ties. These have, however, not stopped China from lighting periodic fires on the border. The 73-day stand-off in Doklam in 2017, which took place before the informal summits, was a stark reminder of that reality. Indeed, Modi’s personalization of ties with China might have hurt India more than helped it.

Beyond the rhetoric, India is also aiming to hurt China financially. This is not surprising since China inspires fear and a certain degree of awe in India. The 2019 Pew survey reported that over 60 percent of Indians—the highest in the world—saw the growing Chinese economy as a threat. Amid calls for boycotts of Chinese goods, Indian Railways has reportedly cancelled a contract with a Chinese company. The Indian government has also announced that it will not allow Chinese companies to participate in infrastructure projects. Several government departments, as well as state governments, are cancelling tender bids, where Chinese companies were expected to be the main players. Most recently, the Indian government banned 60-odd Chinese apps, including TikTok, which is enormously popular in India, hyperbolically calling it a “digital strike” on China. The anti-China sentiments will also provide an impetus to the self-reliance campaign, recently launched by Modi, in response to the deep economic crisis that India finds itself in.

To what extent these moves will hurt China is a moot point. While China is India’s second largest trade partner, China exports only 3 percent of its goods to India. Moreover, India is heavily reliant on Chinese imports in several industries, including pharmaceuticals and consumer electronics, which contribute to India’s $50 billion trade deficit with China. In fact, nearly 70 percent of supplies for India’s booming pharmaceutical industry come from China. It will take a long time for India to wean its dependence on China and build local supply chains. In addition, China has invested billions of dollars in India’s start-ups. This means that there is little that India can do to immediately hit back at China. There are also many who believe that India might be shooting itself in the foot by imposing sanctions on China.

While Modi’s rhetoric and oratory has largely assuaged his domestic audience, despite casualties suffered by the Indian army, its impact on China’s future geopolitics and territorial ambitions is unclear. The yawning asymmetry between India and China on the military and economic fronts leaves India with little wiggle room. For any meaningful impact on China’s border policy, India has to go beyond fine words and plan for the long haul. Successive Indian governments, including the present one, have found it difficult to do so against China. 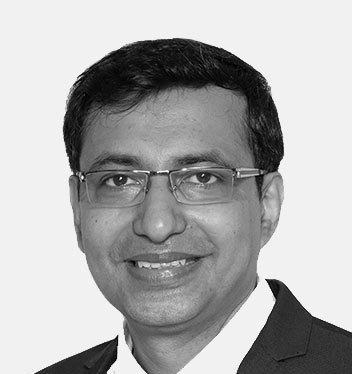