Podcasts
About Us
Privacy
Via Kremlin.ru
Governing Russia
Vladimir Putin vs. “Citizen No”
Konstantin Eggert

Putin’s rigged plebiscite might have formally extended his control over Russia—but beneath the surface, cracks are widening and discontent is growing.

For me the enduring image of Russia in 2020 is a photo of a makeshift street voting station where an election commission official is waiting for people to show up and take part in a “popular vote” to endorse the so-called “constitutional amendments”—more than 200 of them—proposed by Vladimir Putin. The woman in the photo bides her time in the company of a cat.

The picture ideally sums up the absurdity of the weeklong Mussolini-style plebiscite, which was shamelessly manipulative and massively rigged. The authorities claim that 77 percent of those who voted supported the amendments—a figure in tune with a Central Asian dictatorship. It may well have been the biggest voting fraud in Russia’s post-Soviet history.

The vote, organized in the midst and in spite of the raging COVID-19 pandemic, gave the Russian strongman what he coveted: he can now stay on as President until 2036, when he will be 84. Hundreds of amendments—which one had to vote for or against as a package—are either hollow, or overtly ideological (like defining marriage as “a union of a man and a woman”), or populist (a promise to index state pensions regularly against inflation). Very few introduce real political changes, but those that do leave no doubt—Mr. Putin is now in full control of all branches of power in Russia. Apart from the dispensation for him to stay on for another 16 years, he now has a decisive say over judicial appointments. The last powers of local self-government are subordinated to regional authorities and, ultimately, to the Kremlin.

Does he want to stay that long? What is his plan? And what are the risks for him and for the world? The answer to the first question is an unequivocal “yes,” and not only because Mr. Putin trusts no one and has nowhere to go from the Kremlin. His June piece for The National Interest reveals a man obsessed with 20th century history and bent on correcting perceived wrongs inflicted on his country by the West. Mr. Putin considers himself a guardian of Russia’s only “true” historical legacy, who is ready and willing to negotiate a new Yalta-type agreement and redraw global spheres of influence among the victorious five of World War II. This is Putin’s lifetime mission, which he will not abandon.

Can he succeed? On the surface the answer is again a yes. Since becoming President in 2000, Mr. Putin has centralized executive power, making state-owned enterprises like Rosneft, Rostech, and Roscosmos the economic and political bedrock of his regime, as well as a source of immense personal wealth for the President and his cronies. The Kremlin suppressed independent media and created a domestic and international propaganda machine that has only one rival—the Chinese Communist Party media empire. Putin pursued a popular revanchist foreign policy, adversarial towards the West and protective of dictatorial regimes across the globe, but flexible enough not to turn him into another Nicolas Maduro. Finally, the Russian leader has succeeded so far in preventing any meaningful opposition from emerging, whether outside the Kremlin walls or inside the regime itself. The main tools here are selective pinpointed repression, open borders for those who wish to emigrate, and corruption of opinion leaders with plum state jobs and money for their pet projects. However, COVID-19 may have subtly undermined Mr. Putin’s designs and made the deficiencies of the system he built apparent.

The Kremlin was late in waking up to the danger. Presumably, no one dared to approach Putin to tell him that he needs to introduce emergency measures and suspend both his pet projects—the May 9th Victory Day parade and the constitutional amendments vote. Despite his frequent TV addresses to the nation, he looked remote and irresolute. Putin’s insistence that there should be no state of emergency but just “extended holidays” (a legal novelty of his invention) looked like unwillingness to shoulder responsibility, an admission that the system he created is unable to cope, or both.

For more than 15 years Mr. Putin gradually strangled Russian federalism. He banned direct election of regional governors and appointed regional leaders based on political loyalty, lack of ambition, and obedience. When COVID-19 hit, he changed tack and demanded that they show precisely the qualities they were discouraged to display before the epidemic—independent thinking, resourcefulness, and boldness. The President clearly shirked responsibility for the deficiencies of the system he himself created, and tried to charge others with fixing it. His lack of resolve will not be left unnoticed by the state apparatus, which is very good at measuring its own on the strength-weakness scale. This does not mean it will upstage or remove the leader tomorrow, but it will definitely draw its conclusions for the future.

In comparison with massive cash injections by the United States and the EU governments, pumping trillions of dollars into their economies and directly subsidizing private citizens, the Kremlin’s rescue package looks very timid and insufficient. Apart from a few cash payments to families with children, clearly aimed to buy loyalty and votes in the run-up to the June plebiscite, the government left ordinary men and women plus medium and small businesses to fend for themselves. This will only further increase political animosity toward the regime among the already restless city middle classes.

Finally, more and more Russians are simply tiring of Putin. That he has been around for so long and is visibly aged certainly helps the trend. Recent research findings by economist Mikhail Dmitriev and psychologist Anastasia Nikolskaya prove it. Ten years ago, Dmitriev and his colleagues were the only ones who predicted a wave of anti-Putin protests in Moscow in winter-spring 2011-2012, provoked by the rigged State Duma elections. Preliminary results of their new research show popular mistrust of central authorities rising and citizens’ desire to self-organize growing, even in the poorer regions that are more dependent on the authorities’ handouts than Moscow or Saint Petersburg. There is also a visible shift in public focus from purely local problems (corrupt mayors, rapacious development, social welfare inadequacy) toward bigger national issues like the future of federalism and deficiencies of Russia’s political system. Russians are growing weary of the omnipotent executive presidency and want the Duma to play a bigger role.

The group’s finding that is most unpleasant for Mr. Putin is that people are also growing tired of the Kremlin’s aggressive foreign policy. “More and more Russians want peace and normal relations with the outside world, including the West,” Mr. Dmitriev told me in a telephone interview. “As far as I am concerned the so-called ‘Crimean consensus’ is over,” he said, referring to the implicit deal which Mr. Putin offered society in 2014 after the annexation of Crimea: unconditional political support in exchange for the resurrection of Soviet-style great power pride.

This makes the June plebiscite results more intriguing than they seem. As Russian commentator Stas Kuvaldin noted, the fact that even in such a rigged and unfair vote nearly a quarter of people said “no” to Putin is more significant than the fact that the other three quarters said “yes.” If one also considers millions of those who conscientiously boycotted the vote, we may well have witnessed what Mr Kuladin called “the birth of ‘Citizen ‘No’”—someone who is firmly set against the regime and is ready to act on his or her convictions. In Russia, where revolutions were always a minority sport, this is indeed important.

Judging by Mr. Putin’s public pronouncements, he considers his administration capable of preventing an outright economic collapse and stemming political discontent. He may be right in the short term, but his perspective looks much hazier toward 2024, when he intends to present his candidacy for a fifth presidential term. Unless the Kremlin produces an economic miracle (which is unlikely), it must either take political repression, public opinion manipulation, and electoral falsifications to a qualitatively new level (the recent arrests of journalists and opposition activists, like former defense reporter Ivan Safronov or publisher and performance artist Petr Verzilov, are illustrative), or use another well-tried instrument to rally support—a “small victorious war.”

In a June interview with Russian state TV, Mr. Putin made a veiled threat against Ukraine when he claimed that “some” former Soviet republics quit the Soviet Union with “historically Russian lands” they did not possess when they joined the USSR. In early July one of the Kremlin’s pocket political parties, which plays the role of ultra-nationalist troublemakers to make the regime look moderate, called for referendums on joining Russia to be organized in the Moscow-controlled “People’s Republics” in the Donbass region of Eastern Ukraine, as well as in the de facto Russian protectorates of Abkhazia and South Ossetia.

This may or may not be a trial balloon. But bearing in mind Mr. Putin’s fixation on Ukraine, such a move is a possibility not to be discounted. Some experts suggest that Moscow may also want to test the defenses of NATO or its allies. A blitz operation in the Latvian or Estonian borderlands, populated by Russian speakers, and occupation of the strategically located Swedish island of Gotland or of the Norwegian Svalbard archipelago, where Russia has a mining settlement, are frequently mentioned in this context.

However, such actions carry incalculable risks, up to and including a full-scale war with the Atlantic Alliance. Although Mr. Putin has always wanted the world to fear his boldness and unpredictability, in reality he only takes risks when he knows his opponents are much weaker than him, as was the case with Georgia in 2008, Ukraine in 2014, and the Kremlin’s intervention in Syria’s civil war in 2015. He also must consider his regime’s economic and financial vulnerabilities to possible new U.S. sanctions against the Nord Stream 2 gas pipeline to Europe, Russia’s sovereign debt, and state banks.

In my view, the Kremlin is more likely to retaliate against high-profile symbolic things, like the sanctioning in early July of 25 Russian officials under the UK version of the Magnitsky Act, or the potential implication of regime luminaries in the shooting down of Malaysian Airlines flight 17 over Ukraine in July 2014—the subject of an ongoing trial of four suspects in the Hague.

Vladimir Putin has entered the third decade of his rule. His view of himself as a figure of Peter the Great’s stature; of his fellow citizens as eternal supplicants for state sustenance, completely devoid of political agency; of his critics as Western hirelings; and of the world as a dangerous place where only raw power and cunning count will not change. Nor will Putin’s economic policies, based on a state capitalism model where all losses are covered by the taxpayers and all profits go into the pockets of the Kremlin insiders. This regime is still capable of nasty surprises for the Russians and the world. What it is completely unable to offer is an attractive and inspiring vision of the future.

This is Putin’s twilight. Behind the pomp and circumstance of the military parades and bravura TV reports there remains a poor, disheartened country, afflicted by corruption and brain drain, saddled by a rapacious and unaccountable bureaucracy which increasingly relies on brute force to remain in control. By 2024 or even earlier, “Citizen No” may finally say “Enough!” 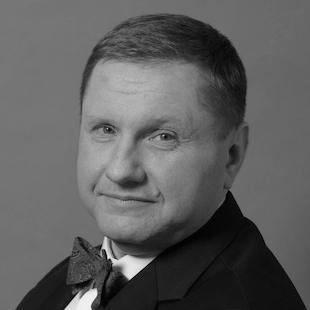