Podcasts
About Us
Privacy
John Hill, via Wikimedia Commons
China and Religious Freedom
Where Is the Panchen Lama?
Jianli Yang & Lianchao Han

As the Dalai Lama turns 85, the Chinese Communist Party is stepping up its plans to control the selection of the Tibetan spiritual leader’s successor. The kidnapping of the six-year-old Panchen Lama and his family 25 years ago shows how far it is prepared to go.

On July 6, the Tibetan spiritual leader, the 14th Dalai Lama Tenzin Gyatso, celebrates his 85th birthday. On November 29 of last year, at the conclusion of the 14th Tibetan Religious Conference in the northern Indian city of Dharamsala, where the Dalai Lama is based, he said “I am physically very healthy and joyful,” indicating that he was in no hurry to look for his successor.

But China is in a hurry. The ruling Communist Party has been stepping up preparations to attempt to control the process of selecting the successor of the Dalai Lama. Its efforts can be traced back to the dispute over the reincarnation of another Tibetan spiritual leader, the Panchen Lama.

In May, 2020 the India-based government-in-exile for Tibet marked the 25th anniversary of the disappearance of a six-year-old boy, named as Tibetan Buddhism’s second-highest spiritual authority after the Dalai Lama, by calling on China to account for his whereabouts. The Tibetan parliament in exile said the boy, who is considered the sole legitimate holder of the title of 11th Panchen Lama, was taken along with his family in 1995.

“China’s abduction of the Panchen Lama and forcible denial of his religious identity and right to practice in his monastery is not only a violation of religious freedom, but also a gross violation of human rights,” the parliament’s statement said. “If China’s claim that Tibetans in Tibet enjoy religious freedom is to be considered true, then China must provide verifiable information on the well-being and whereabouts of the 11th Panchen Lama along with others.”

The continued non-appearance of Gedhun Choekyi Nyima, the legitimately recognized 11th Panchen Lama, and Beijing’s efforts to control the reincarnation of prominent Lamas, including the Dalai Lama, clearly show its intentions in Tibet.

The Dalai Lama recognized Choekyi Nyima as the Panchen Lama in 1995, after he had been named with the help of Tibetan lamas trained in reading portents and signs. Days later, he disappeared, becoming the world’s youngest political prisoner.

China, meanwhile, has claimed that the reincarnate can only be chosen by pulling lots from a golden urn, a method it used to pick its own candidate under strict control of the officially atheistic ruling Communist Party. In 1995, it named another boy, Gyaltsen Norbu (officially known by China as Lama Bainqen Erdini Qoigyijabu), to the position. Confirmed and approved by the Chinese State Council on November 29, 1995, he is believed to live under close government control in mainland China and is rarely seen in public.

In 1996, a year after Gedhun Choekyi Nyima had gone missing, China admitted that it was holding him. At the time, the United Nations asked that a delegation be allowed to visit the seven-year-old boy, whom Beijing said was being held to prevent him from being kidnapped by Tibetan nationalists. No such requests have been granted.

The United States has also urged China to release the Panchen Lama. In a May 14 video conference call with reporters about the Panchen Lama, Sam Brownback, U.S. Ambassador-At-Large for International Religious Freedom, said the kidnapping of the Panchen Lama had taken on increased relevance in light of China’s continued assertion that it alone has the right to appoint the next Dalai Lama. The United States Commission on International Religious Freedom (USCIRF), in a statement, reiterated its call for the U.S. State Department to fill the vacancy for Special Coordinator for Tibetan Issues. The appointment of this position, which is mandated by the Tibetan Policy Act of 2002, has been vacant since January 20, 2017.

Previous special coordinators have been crucial to raising the profile of religious freedom issues in Tibet and mobilizing government resources to address the issue. USCIRF Commissioner Gary Bauer claimed that the Communist Party of China was attempting to erase the unique identity of Tibetan Buddhism. “We need to utilize all of the policy tools available, including the position of Special Coordinator for Tibetan Issues, to confront this grave threat to religious freedom,” he said.

Traditionally, the Panchen Lama has served as a teacher and aide to the Dalai Lama, Tibetan Buddhism’s highest leader. The Dalai and Panchen Lamas were supreme figures of spiritual authority in Tibet (as well as of the Gelug tradition) and enjoy a reverence among Tibetans that transcends the plurality of regional and sectarian affiliations. They were linked by, among other things, a unique authority in the selection and tutelage of each other’s successive reincarnations. The Chinese Communist Party used the breakdown of this special relationship in the early 20th century to intervene in and take control of Tibet’s political affairs.

Traditionally, the Dalai Lama has been involved in recognizing the Panchen Lama, and similarly, the Panchen Lama is part of the process by which each new Dalai Lama is chosen. That is precisely why China, as far back as 1995, schemed to have its own candidate selected as the Panchen Lama. With the endorsement of its own Panchen Lama, China plans to choose, and thus control, a successor to the current Dalai Lama. China fears that Tibetan exiles will appoint their own Dalai Lama, and it wants to prevent any authoritative Tibetan figure from showing that figure their support. Both China and the exiles have recently been stepping up preparations for this dispute.

Interestingly, in August 2018, the Chinese-appointed Panchen Lama, Norbu, held a worshipping ceremony at Lhamo Lhatso Lake in Gyaca County, Shannan Prefecture of Tibet Autonomous Region. This was the first visit by the Chinese Panchen Lama to Lhamo Lhatso, which is famous for the visions that Regents and High Lamas have reportedly had in it. For example, signs can be “seen” there, and clues gathered, pointing to the discovery of a new Dalai Lama. This was the case when Regent Reting Rinpoche went to the lake in 1935 and had several visions; he saw the roofs of the house of the young 14th Dalai Lama, who had just been reborn in a remote village of Amdo Province (now Qinghai). Two years before this, Gyaltsen Norbu visited another sacred lake, the Rinbung Yamtso in the Dekyiling area of Rinbung County (Shigatse). As the French journalist, Claude Arpi, one authority on Tibet aptly put it, “There is no doubt that China is preparing for the rebirth of the present Dalai Lama.”

While the Dalai Lama is considered by many in the world a great spiritual leader and was awarded the Nobel Peace Prize for his contribution in promoting peace and non-violence, the dictators of China have condemned him as a devil, a terrorist, a separatist, and a wolf in a sheep’s skin. One wonders: Why are they so desperate to have this devil, terrorist, separatist, and wolf be reborn?

The Dalai Lama has on numerous occasions explained his stance on the reincarnation. Here is what he said in September 2011, from his official website:

As I mentioned earlier, reincarnation is a phenomenon which should take place either through the voluntary choice of the concerned person or at least on the strength of his or her karma, merit, and prayers. Therefore, the person who reincarnates has sole legitimate authority over where and how he or she takes rebirth and how that reincarnation is to be recognized. It is a reality that no one else can force the person concerned, or manipulate him or her. It is particularly inappropriate for Chinese communists, who explicitly reject even the idea of past and future lives, let alone the concept of reincarnate Tulkus, to meddle in the system of reincarnation and especially the reincarnations of the Dalai Lamas and Panchen Lamas. Such brazen meddling contradicts their own political ideology and reveals their double standards. Should this situation continue in the future, it will be impossible for Tibetans and those who follow the Tibetan Buddhist tradition to acknowledge or accept it.

The leaders of the free world and the advocates of freedom, justice, and democracy around the globe should uphold the words of the Dalai Lama and collectively urge the Chinese leadership to refrain from any act of sacrilege against the highest order of Tibetan Buddhism. It is succession of lamas, not succession of general secretaries. The Chinese communist regime has no historical, religious, or political rights to select Dalai Lamas or the Panchen Lamas. 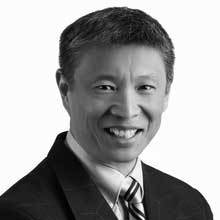