It seems, like moths drawn to a flame, nuclear power enthusiasts cannot resist the lures of plutonium. How else can you explain the recent remarks by the Energy Department’s Assistant Secretary for Nuclear Energy, Rita Baranwal, supporting U.S. reprocessing and even foreign (including Japanese and Indian) reprocessing of used fuel from U.S. nuclear power plants to extract plutonium? She is not alone. The nuclear engineers’ professional society, the American Nuclear Society, and the industry lobby, the Nuclear Energy Institute, have been urging the Nuclear Regulatory Commission to get to work on the rules for licensing reprocessing plants. All this despite it being clear for decades that reprocessing nuclear fuel makes no economic sense, and despite there being no proposals for any such U.S. commercial facilities.

The original idea, dating from the 1960s, was to reprocess spent uranium fuel used in light water reactors to extract its contained plutonium and to use it to fuel a new generation of advanced reactors, so-called fast breeder reactors. These could in effect produce more plutonium than they consume. Suffice it to say, this was an intoxicating idea, propounded by the old U.S. Atomic Energy Commission (AEC) and all the other nuclear bureaucracies throughout the world. They painted a nuclear future in which fast reactors (fast because the neutrons were fast) would power the globe with an essentially infinite supply of plutonium fuel—a nuclear nirvana. The trouble was, all the underlying economic assumptions were wrong, and are even more wrong now.

The nuclear dream also involved pretending the international security risks could be adequately managed by international inspections by the Vienna-based International Atomic Energy Agency (IAEA). But basing energy production on a fuel that is also a nuclear explosive, and urging the entire world to do so, would if successful lead to large flows of nuclear explosives in international commercial channels. Such a flow of bomb-capable material is beyond the capacity of international inspectors to protect. In 1976, after a White House study, President Gerald Ford concluded that we should not plan for commercial use of plutonium until the world can cope with the associated risks of proliferation. Does anyone think that we have solved this problem?

The George W. Bush Administration tried to revive U.S. reprocessing under a program called the Global Nuclear Energy Partnership, but at least it was clear that commercial plutonium was usable for military weapons and that international safeguards were not adequate protection against countries prepared to divert it to weapons. Moreover, the key document added, “there is no technology ‘silver bullet’ that can be built into an enrichment plant or reprocessing plant that can prevent a country from diverting these commercial fuel cycle facilities to non-peaceful use.”

Assistant Secretary Baranwal surely knows all this. But the potential of making use of nearly all the uranium instead of a couple of percent’s worth is such a neat idea that she and other nuclear engineers have apparently convinced themselves they can see past the cost hurdles and international security risks into the distant future of harmonious efficiency. Baranwal harps on the notion that disposing of spent nuclear fuel means throwing away a huge amount of energy. “As somebody who has spent the entirety of my career in nuclear fuel, to me it’s devastating that we call it waste.”

This is like saying that not using the energy in ocean waves, or all the sunlight shining on the Earth, means wasting energy, ignoring the prohibitive cost of getting the energy out. It’s a childish argument. David Lilienthal, the first AEC chairman and a great and practical builder, said that in his experience engineers were naïve.

When it comes to naïveté, though, nothing can match Congress. The Republicans on the Senate Environment and Public Works Committee naturally support everything nuclear—all they had to hear was that we are losing the race to Russia and China—and have passed legislation to encourage “advanced reactors,” the Nuclear Innovation and Modernization Act (NEIMA) of 2019. They managed to rope in a couple of Democrats—Sheldon Whitehouse (D-RI) and Cory Booker (D-NJ).

Senator Whitehouse, in particular, has become a key a promoter for advanced reactors, which he believes will somehow eliminate the nuclear waste problem, apparently not realizing that he is buying into the thin end of a large wedge. At a January 15, 2020 hearing of the Senate Environment and Public Works Committee, Whitehouse spoke plaintively about “repurposing” our stockpile of nuclear waste, by turning it into “something that could be positive.” Turning the stocks of spent fuel into something “positive” would mean massive reprocessing, which would entail massive negatives.

In her pitch for support, Baranwal said, “I do think this is an area where there can be plenty of international collaboration.” That seemingly mild comment pronounces a devastating verdict on the economic usefulness of reprocessing technology. Valuable technologies are not offered up for “international collaboration.” Can we really justify wasting money to mimic the command nuclear bureaucracies of Russia and China? It is time to reassess the role of nuclear energy realistically, free of the nuclear shibboleths of the past. 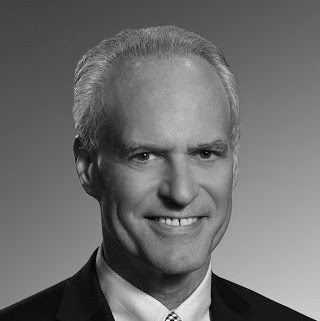 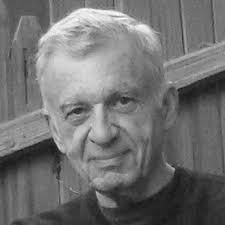