With the world distracted by pandemic, Putin is seeking to circumvent U.S. sanctions and give Nord Stream 2 a new lease on life. We should sanction those enabling him—starting with Gerhard Schröder.

While the world has been preoccupied with the global coronavirus pandemic and the ravaged economies it has left in its wake, Russia has actively sought to use the crisis as a distraction to circumvent U.S. sanctions. These include those announced in December that halted the completion of the Nord Stream 2 pipeline from Russia to Germany through the Baltic Sea. Russia is reeling from its outsized dependence on fossil fuel earnings and has taken a significant financial hit. Putin will not give up on his pipeline project now, and the United States must not let him complete it.

The global glut of oil and gas sent hydrocarbon prices crashing, and Russia’s export revenues for the foreseeable future along with them. Indeed, the Kremlin’s obsession with getting Nord Stream 2 done now flies in the face of market reality. However, the Kremlin sees the global pandemic as a chance to wipe the slate clean. In March, Putin called for a moratorium on sanctions against Russia, claiming it was a matter of “whether people live or die” in a message to G20 leaders. But Putin is playing the long game, which for him always has political motivations.

In October of last year, the Danish Energy Agency approved Nord Stream 2 pipe-laying in Danish waters to move forward, with the significant caveat that the pipe-laying vessels must be capable of dynamic positioning (DP) to avoid environmental or economic disasters. Not possessing such equipment, Russia contracted out the task to the Swiss firm Allseas, which would use DP pipe-layers to complete Nord Stream 2. But when the new U.S. sanctions went into effect last December, Allseas instantly terminated its contract with Russia rather than run afoul of U.S. sanctions.

Meanwhile, Russia re-engaged the Danish Energy Agency, hoping to remove the DP stipulation, and has been pre-positioning pipe-laying ships and relevant support vessels—reportedly at least six—in the German Baltic Sea port of Mukran in an attempt to rapidly finish the pipeline. Some estimate this can happen in as little as two months. Russia has claimed to have refitted its own ships to meet these rigorous standards, at incredulous speed, and may also be considering a cut-rate approach to undersea pipe-laying, raising the odds of engineering failure or environmental disaster.

Desperate times call for desperate measures, and Russia needs to finish those last 100 miles of Nord Stream 2 if it is to see even a long-term return on its investment. Russia’s investment in the European energy market is enormous and if Nord Stream 2 is completed, it would double Russia’s direct export capacity to Germany. Russia is also inviting Germany to profit on Russian gas transiting to the European market. At the same time, Russia will hope to avoid travel through Ukraine, depriving it of substantial transit revenues.

Russia’s bid to lock down the European gas market is largely enabled by Germany and a few other West European governments (Austria, Belgium, and the Netherlands). These countries waged major battles inside the European Union to ensure that Russia would get almost everything it wanted, including a workaround of the EU’s Third Energy package that is designed to end energy monopolies. Germany is now trying to convince its EU partners that Russian ownership of both the production and pipelines does not violate these precepts. Poland, for its part, has taken the case to the European Court of Justice to prove that it does.

Russia supplies over 40 percent of gas to EU countries, by far the largest single supplier. That number will undoubtedly increase with the completion of Nord Stream 2. Despite other nations tripping over themselves to gain energy market share, and more choices than ever in securing gas for an eager European market, many in Western Europe still seem intent on completing Nord Stream 2, which will tie them to a single producer for years to come. The sad truth is that the European countries most wedded to Nord Stream 2 have cut deals with Russia’s Gazprom that can accrue financial benefits to a handful of countries’ national energy companies and their financial institutions, rather than advancing the greater goal of European energy security.

But what if there is a cost—a substantial one—for doing business with these Russian companies and for helping to complete Nord Stream 2? Sanctions options could include vigorous enforcement of the Protecting European Energy Security Act provisions, which may allow sanctions designations on all vessels (as well as pipeline-laying vessels).

The U.S. Congress sanctioned the pipe-laying for Nord Stream 2 in the Defense Authorization Act and Russia is trying to circumvent this act of Congress. The U.S. government needs to take action to ensure that Russia does not succeed. A natural next step would be to sanction the Chairman of the Supervisory Board of Nord Stream AG, former German Chancellor Gerhard Schröder, who is also chairman of the already sanctioned Russian state oil company Rosneft and Vladimir Putin’s foremost Western agent. He should be examined for possible sanctions under either Ukraine-related sanctions authorities or under the Global Magnitsky Human Rights Accountability Act. The United States must not allow such a blatant violation of U.S. sanctions to go unpunished. 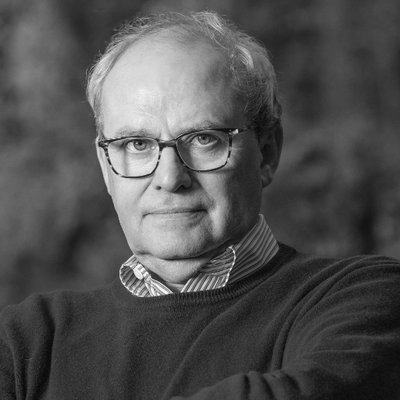 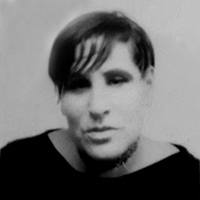