After one year in power, Ukraine’s inexperienced President has made a series of unforced errors and succumbed to the same interest groups he once decried. It is time for a unity government to right the ship.

One year ago, on May 20, 2019, Volodymyr Zelensky took the oath of office as Ukraine’s sixth democratically elected President. He was swept into office with 73 percent support from Ukrainian voters, receiving the largest mandate in independent Ukraine’s 30-year history and humbling the incumbent, Petro Poroshenko.

Zelensky came to power on a wave of populist promises. He would negotiate an end to Russia’s war against Ukraine in the Donbas; eliminate corruption and jail the corrupt; usher in billions in new foreign investments; and oversee unprecedented economic growth. In his first weeks in power, Zelensky upended the Ukrainian establishment. He forced new parliamentary elections, won a massive majority for his nascent Servant of the People party, and populated the legislature and his government with young outsiders, some lacking experience but others carrying impressive reformist credentials.

Zelensky called it the “turbo regime,” and in its first months it sent promising signals of reform. The Prosecutor General’s Office dismissed thousands of corrupt officials. The government made plans to rapidly sell off hundreds of state enterprises, and the parliament enacted land privatization legislation. Massive sums went to fixing Ukraine’s dreadful roads. Ukraine’s currency became among the best performing in the world, prisoner exchanges with Russia were revived, and Zelensky’s inexperienced Prime Minister promised a doubling of the GDP in the next five years.

Also on the plus side, parliament eventually passed a flawed but historically important land privatization bill, and adopted a banking reform that, if not reversed by the Constitutional Court, will prevent corrupt oligarchs—including Zelensky’s former patron, Ihor Kolomoisky—from reclaiming their formerly private, nationalized banks. This opens the door to billions of dollars in financial aid from the IMF and the European Union.

These positive developments aside, however, Zelensky has fallen fall short of his lofty ambitions—and made common cause with some of the established interest groups and lobbies that he promised to weaken.

The economy—which had grown at 4 percent annually in the last two years of the Poroshenko presidency—has slowed dramatically. Particularly troubling is the steep decline in industrial production, which in March 2020 continued its freefall, dropping 7.7 percent. Overall, in the last quarter of 2019, GDP slowed to 1.5 percent annually and in the first two months of 2020, well before the coronavirus shutdown, GDP declined by 0.2 percent. Unsurprisingly, foreign direct investment has stagnated, while factions linked to oligarchs and subgroups with radically different worldviews, ranging from social-democratic to libertarian, began to emerge in Zelensky’s hastily-assembled and poorly-vetted parliamentary majority, the Servant of the People party.

Meanwhile, courts have continued to frustrate efforts to prosecute corrupt officials. Frivolous, politically motivated criminal investigations have been launched against former President Poroshenko (including one on a charge of treason). Zelensky’s criminal justice officials also launched a series of investigations against leaders of Ukraine’s Euromaidan protests in 2014. A case alleging murder against anticorruption activist Tetyana Chornovol, investigated and dismissed by previous prosecutors, risks alienating civil society activists and the intelligentsia, who represent the most active and patriotic segment of Ukrainian society. Their hostility will make it difficult for Zelensky to govern effectively.

Cleaving to a dizzying array of unrealistic campaign promises, Zelensky was unprepared for the difficulties of real governance. With the economy in decline and his own and his party’s popularity registering dramatic declines, Zelensky pushed the panic button in early 2020.

Instead of fine-tuning a competent reformist government and searching for a stronger, more experienced Prime Minister, Zelensky fired nearly the entire cabinet. Some of his cabinet had actually performed quite competently, and set in motion a series of genuine reforms. By firing his ministers across the board, Zelensky made clear that he had little understanding of what his ministers were up to and, worse, no idea of the difficulties of the reform process.

Zelensky compounded the problem by promoting new ministers with resumes shaped in the corrupt regime of former President Viktor Yanukovych, as well as employees of oligarchs whose influence he had formerly denounced. In March 2020, Zelensky dismissed his Prosecutor General, on the grounds that he was not moving forward with politically motivated but juridically weak cases, including a bogus one against former President Poroshenko. A lawyer for the disgraced Yanukovych, meanwhile, became the Deputy Head of the State Bureau of Investigations. In April, Zelensky and his inner circle compounded their mistakes, dismissing well-regarded reformers at the Customs and Tax Inspection offices and opening a one-day “search” for candidates to replace them.

To smarten up the image of his listless new ministers, Zelensky recently recruited the mercurial former Georgian President, Mikheil Saakashvili, to an advisory body to press for economic reforms, opening the door to conflicts with the decidedly non-reformist government team.

Having shaken up nearly his entire government, what will happen if, several months from now, Zelensky’s ratings continue to fall amid a deeper economic recession? Will he again fire his cabinet? Apparently, Ukraine’s President is unfazed by this prospect, recently declaring that he will keep firing ministers “until we create the ideal government.” Such bravado notwithstanding, tactically Zelensky has backed himself into a corner.

Now, Ukraine’s novice President faces a deeper crisis. He handled the coronavirus challenge well in the initial stages, shutting down the country and keeping infection rates and fatalities far lower than in Central and Eastern Europe, not to speak of the United States. But the nearly complete shutdown of the economy will have negative effects that will be aggravated by the global recession and reduced international demand ahead.

Despite vigorous preventative steps to reduce social contact, including the closure of metros and public schools, a second wave of the virus may strike Ukraine with full force. Ukraine’s underfunded health system will be hard-pressed to meet the population’s needs. All of the country’s social and economic resources—from Ukraine’s active and retired health professionals, to civil society organizations, to intellectual and political elites—will have to be mobilized and engaged in the national cause.

Equally certain is that Ukraine’s economy will suffer. A run on hard currency has forced the central bank to spend over $2 billion and prevented a steep decline of the national currency, which dropped from a little over 23 hryvnia to the dollar to nearly 27 to the dollar today. During the recession of 2008-2009, as the U.S. economy contracted 4.2 percent, Ukraine’s economy shrank by 15 percent. The coming decline is unlikely to be as dramatic, but a new standby agreement with the IMF for $5 billion in loans is conditioned on a balanced budget that will constrain public spending, needed as businesses fail and people are laid off.

The last thing Zelensky and Ukraine needs under conditions of mega-crisis is partisanship and political back-stabbing—as well as time-consuming policy initiatives that distract from Ukraine’s immediate problems and have no chance of success, such as the endless wrangling in Minsk over the occupied Donbas. In such a context, Minsk has to take a back seat. Progress is impossible as long as Russian President Vladimir Putin is committed to his project of destroying the Ukrainian state and incorporating Ukrainians into the Russian fold. Putin and his former Ukraine advisor, Vladislav Surkov, have repeatedly said that “there is no Ukraine.” In their view, Ukrainians are merely misled members of the greater Russian people.

Unfortunately, President Zelensky’s chief of staff, Andriy Yermak, has backed the formation of a consultative council that was approved by representatives of the occupied territories. In this manner, he effectively recognized their legitimacy, suggested that the war with Russia is really a civil war within the Donbas, and made Russia appear to be a neutral third-party peacemaker. The concessions provoked large-scale demonstrations and dissent inside Zelensky’s own parliamentary faction, with nearly a quarter of his deputies expressing opposition. The outrage will only grow, and mass demonstrations involving thousands of people in the streets of Kyiv will only undermine efforts to stem community transmission of the virus.

Recognizing the self-styled rulers of the occupied territories won’t bring about a peace settlement compatible with Ukraine’s geopolitical interests; it will only entangle Ukraine in a complex web of intrigue involving the Kremlin and its puppets. Zelensky should therefore announce that, effective immediately, Ukraine is suspending its participation in the Minsk negotiations and will return to them only after it has dealt with the coronavirus and economic crisis.

At this fragile moment, Zelensky has an opportunity to show that he understands that his country is in danger and to set priorities that deepen national solidarity. President Zelensky must understand that he faces two difficult choices. First, he must choose between addressing the health and economic crises and flirting endlessly with a hostile Kremlin in no mood for compromise. Second, he must choose between going it alone with his untried and untested advisors and drawing on Ukraine’s huge reserves of talent, including in the political opposition.

The proper way forward is to form a government of national unity to raise the level of professionalism of his administration. That objective is all the more urgent since he has lost the support of a fifth of his parliamentary faction, and now can count only on 200 loyalists, 25 short of a formal majority. In fact, to pass key reform bills, Zelensky has recently had to rely on parties from the pro-Western opposition parties.

Now Zelensky should invite these forces into the government—not in the form of some vague consultative body, but as full-fledged members of an administration dedicated to saving Ukraine’s population from the coronavirus and Ukraine’s economy from further decay. A government of national unity would enable Zelensky to reestablish the stable parliamentary majority that disappeared as factionalism and oligarchic lobbies have overtaken part of his party. With a wide array of political allies, he would be better equipped to develop innovative solutions and to take the heat for the inevitable hardships than with a group of largely unknown and uninspiring bureaucrats.

This won’t be an easy task for Zelensky. He will have to overcome his distaste for former President Poroshenko and his allies. And he will need to admit that he and his close-knit group of show business lawyers and media advisors are not fully equipped with the skills needed to guide Ukraine through the coming crisis. The fact is that Zelensky now has little choice if he seeks to shape an effective government. Either he reaches out to people outside his comfort zone and changes course or he risks watching the country—and his presidency—fail. 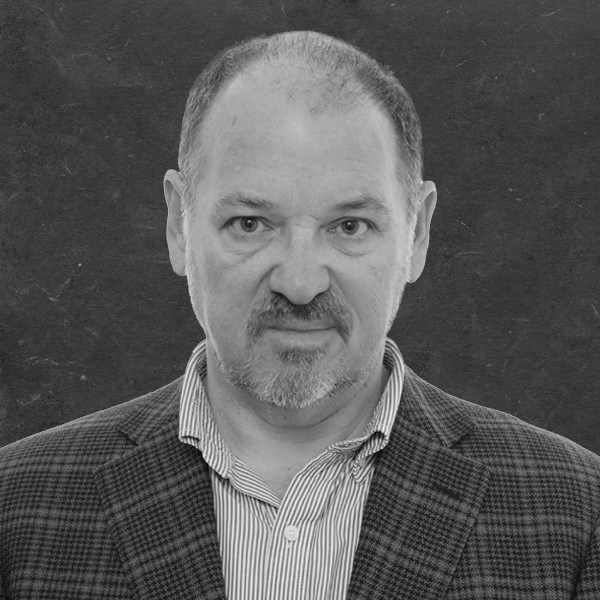 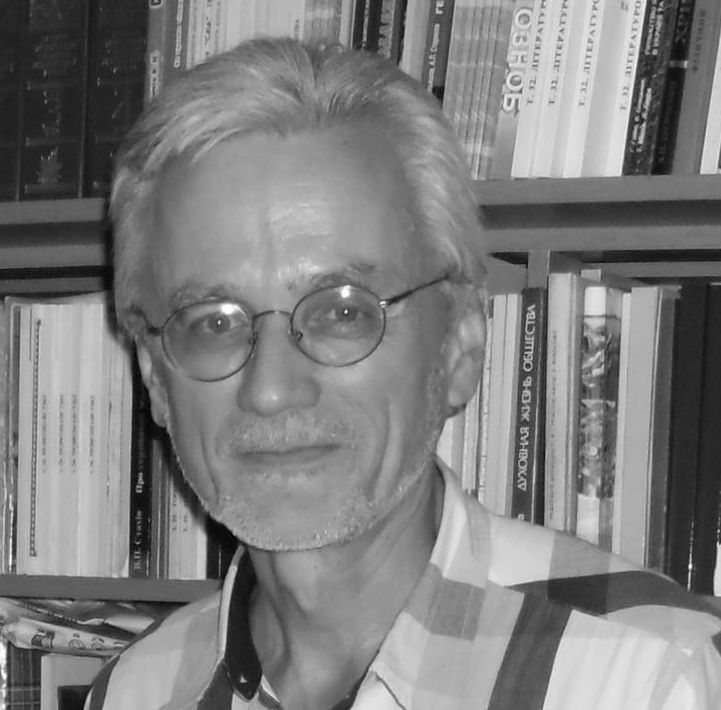