Podcasts
About Us
Privacy
(Pinterest)
Why England Slept
How the Young JFK Processed a Historical Earthquake
John T. Shaw

In 1940, the future President tried to understand how England had appeased Hitler and sleepwalked into war. Might his analysis teach us something today?

Even for the most historically literate, there are few challenges more formidable than living through an era-defining crisis and trying to understand it in real time—how it started, how much damage it is causing, when it will end, and what the world will look like when it does end. As we grapple with the chaos caused by COVID-19, we are trying to answer these very questions. Should we think of this crisis as tantamount to a world war, a depression, a massive terrorist attack? Is the proper frame of reference the 1918 Influenza, the Great Depression, World War II, or the 2008 financial crisis on steroids? In the United States, congressional panels, policy institutes, news organizations, and task forces are trying to divine the causes and consequences of COVID-19. Lengthy reports with elaborate chronologies are on their way.

However, it may be that this seismic event will be placed in its appropriate historical context by a solitary scholar or a student who has been sent home for the summer.

80 years ago, an undergraduate at Harvard University was working frantically on his senior thesis about the global crisis that was unfolding before his eyes. Just in his early twenties, John F. Kennedy was captivated by the political and military earthquake rattling across Europe and Asia. But he also needed to complete a school research project.

Kennedy had been a charming underachiever throughout most of his education, breezing through elite schools with minimal effort and maximum merriment. Bright, restless, and undisciplined, Kennedy excelled at subjects that intrigued him, such as history and government, and ignored those that did not, like math and science.

About halfway through his Harvard years, Kennedy’s intellectual lights flashed on, his gaze sharpened, and he became intrigued by events in Europe, triggered by Adolf Hitler’s rise to power in Germany and his hyper-expansionist foreign policy.

In 1939, beginning in the second semester of his junior year, Kennedy spent nine months traveling through Great Britain, Western Europe, Eastern Europe, the Balkans, and the Middle East. As his father was the U.S. ambassador to Great Britain, Jack Kennedy was able to use the embassy in London as his base of operations. He took advantage of his father’s contacts to arrange meetings in Paris, Prague, Berlin, Moscow, St. Petersburg, Istanbul, Jerusalem, and elsewhere. He was not bashful about reaching out to American diplomats for help. George Kennan, then a relatively junior diplomat in Prague, grumbled that Ambassador Kennedy “has chosen this time to send one of his young sons on a fact-finding tour across Europe and it was up to us to find means of getting him across the border and through the German lines so that he could include in his itinerary a visit to Prague.” Combining serious study with boyish pleasure, Jack met diplomats, government leaders, royalty, and ordinary people. As war loomed in Europe, Kennedy wrote lengthy, and sometimes prescient, reports for his father during his travels, melding local color with big picture ruminations.

Young Kennedy returned to London to witness Great Britain declare war on Germany on September 3, 1939, following Germany’s invasion of Poland. Sitting in the House of Commons gallery with his parents and two siblings, Kennedy watched Prime Minister Neville Chamberlain officially declare war and heard Winston Churchill, not yet in charge but full of defiance, pledge a relentless campaign to defeat the Nazis.

Several weeks later, Kennedy returned to the United States for his final year of college, bringing the war and its complex backstory home with him. He plunged into a senior honors project that examined why Great Britain disarmed in the 1930s and then slowly reversed course as the German menace grew. During his research, he often cabled his father’s staff at the London embassy requesting parliamentary debate transcripts, government reports, pamphlets, and newspapers. “Jack your cables get tougher,” one weary embassy staffer replied to another request from young Kennedy. Diplomats assembled materials and sent them by diplomatic pouch from the Court of St. James to Ambassador Kennedy’s private offices in New York City, where they were forwarded to Boston for his son’s scholarly use.

Scrambling to meet his March 1940 deadline, Kennedy hired typists and stenographers to turn his handwritten drafts into a polished paper. Kennedy’s 150-page thesis was titled, “Appeasement at Munich (The Inevitable Result of the Slowness of Conversion of the British Democracy to Change from a Disarmament Policy to a Rearmament Policy).”

His paper earned compliments and honors. Kennedy proudly showed it to New York Times columnist Arthur Krock, a family friend, who saw in it the potential of a book. Krock helped Kennedy edit the manuscript and find an agent. He even suggested the title, Why England Slept, playing off Winston Churchill’s recent book, While England Slept.

Why England Slept was published in late July 1940, was a bestseller in the United States and United Kingdom, and was reviewed kindly by critics. His father gave a copy of the book to Britain’s Queen and Prime Minister. President Franklin Roosevelt sent Jack a warm note of congratulations.

Kennedy sought to explain why Great Britain was slow to react to the German rearmament and aggression. Why England Slept is hardly the final word on England’s foreign policy in the 1930s, but it is a serious attempt to understand why Britain was unprepared for war. It was an effort to comprehend a world that was changing before his eyes. Researching and writing the book profoundly shaped the thinking of the young man who would grow into a congressman, Senator, and the 35th President of the United States.

Four features of Why England Slept are most striking and relevant today.

First, Kennedy’s tone was cool, detached, and analytical. “He was not out to hang anybody; he was out to learn and learn he did and learn we still may,” wrote Henry Luce, publisher of Time magazine. One Kennedy biographer marveled at his “unsparing political realism” and determination to discern the motives of his subjects. His detachment is most evident in his treatment of the 1938 Munich Agreement negotiated by Neville Chamberlain, an accord that was maligned then and still is today.

Kennedy acknowledged the ferocity of the criticism about Munich but insisted that a fair assessment of it was obscured “in a cloud of political emotionalism.” He argued that Munich should be viewed in practical, even clinical terms. As he saw it, Britain was not ready to go to war in 1938 and Chamberlain agreed to the deal that surrendered portions of Czechoslovakia to Germany partly to buy time for his country to prepare for a firmer future policy toward Germany. Kennedy concluded there was “some realism” behind appeasement.

Second, Kennedy placed the exploding crisis in its larger historic context, arguing that British policy needed to be assessed from the perspective of at least a decade. He carefully traced the evolving political and security debate in Britain from 1931 to 1940 and even considered the continuing impact of World War I on British public opinion in the 1930s. Britain’s predicament at the end of the decade, he insisted, could only be understood with a longer-term perspective.

Third, Kennedy focused his inquiry not only on Britain’s’ political leadership but also on Parliament, the press, business, labor, and the British public. Kennedy concluded that all aspects of British society were culpable for the failure to prepare for the German threat. He believed the evidence demonstrated that the British public remained deeply scarred by the first world war and was determined to avoid another war at all cost.

Fourth, Kennedy argued that Britain’s lack of preparation for the German threat compelled deeper reflections on the strengths and weaknesses of a democracy, particularly in contrast to totalitarian systems. Democracies, he argued, are superior over time but have substantial short-term weaknesses, especially in the run-up to a war. The British public did not want to pay higher taxes in the 1930s to purchase weapons they hoped would never be needed.

Kennedy’s Why England Slept provides a template for how to analyze the COVID-19 pandemic in the United States in 2020. His approach can help us understand Why America Slept.

Such a chronicle would be difficult to write and disturbing to read. However, it could be valuable for our country if it was developed objectively, set in a broad historic context, undergirded by a careful chronology, and examined unsparingly the strengths and weaknesses of our system of government. “Every country makes great errors and there is usually a good reason for it,” Kennedy wrote 80 years ago. What are the good reasons for our great errors?

As we endure this pandemic and await a fuller understanding of its consequences, it is worth reflecting on Kennedy’s concluding admonishment in Why England Slept. “To say that democracy has been awakened by the events of the last weeks is not enough. Any person will awaken when the house is burning down. What we need is an armed guard that will wake up when the fire first starts or, better yet, one that will not permit a fire to start at all.” 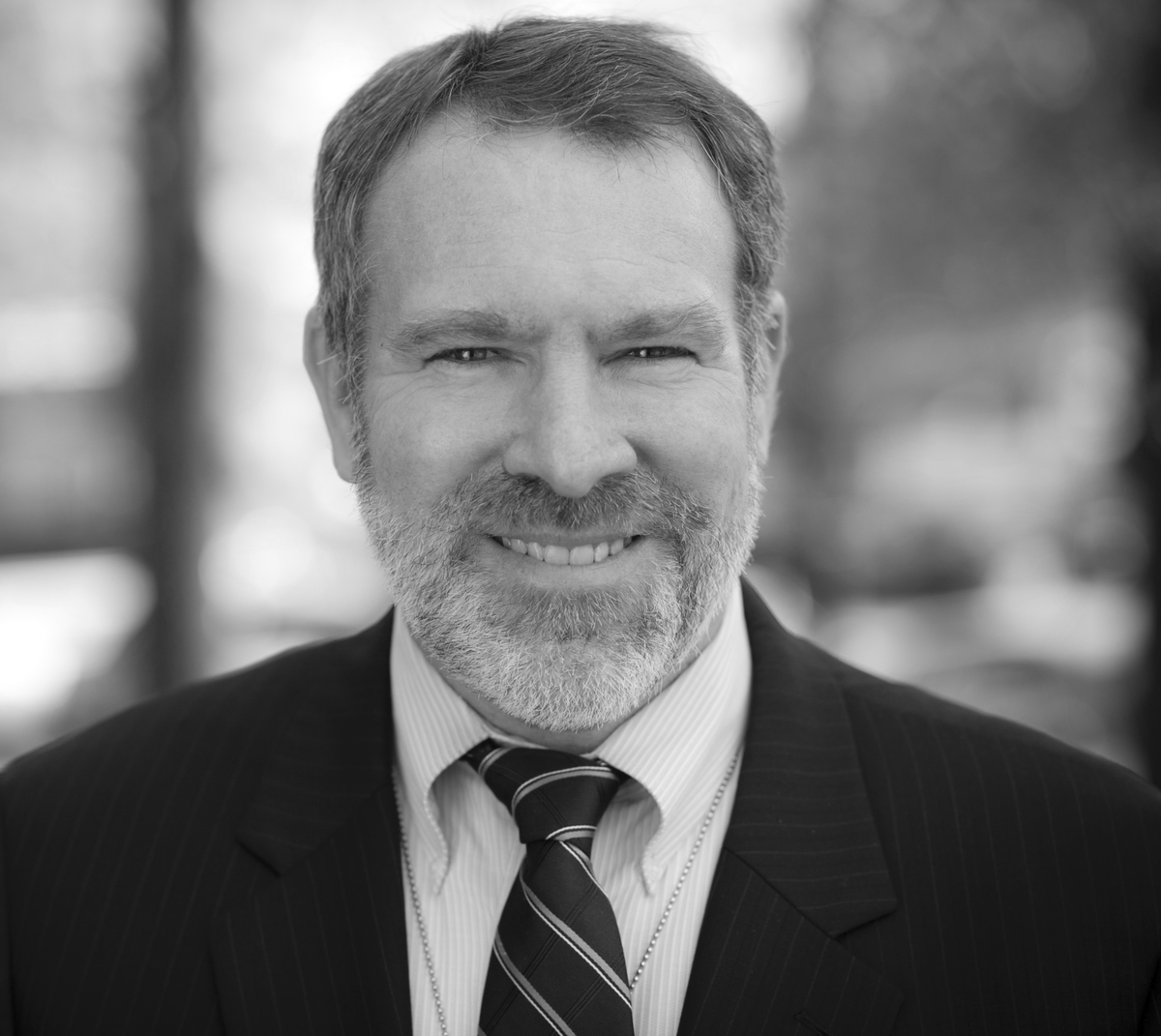