Podcasts
About Us
Privacy
Signing of the Dayton Peace Agreement in 1995.
25 Years After Dayton
How The Coronavirus Might Finally Fix Bosnia
Majda Ruge & Faruk Hadzic

The coronavirus crisis has revealed just how economically unsustainable Bosnia’s bloated government actually is. Now, on the 25th anniversary of the signing of the Dayton Accords, it’s time to get ambitious about constitutional reforms.

Natural catastrophes can open sudden opportunities for policymakers that years of concerted diplomatic efforts might fail to deliver. In the summer of 1999, successive earthquakes hit Greece and Turkey, leading to an historic thaw in their relations. The coronavirus has wreaked much greater havoc in the Western Balkans and the world. But it may similarly offer a possibility to finally reform the flawed Dayton Peace Agreement that 25 years ago ended the war in Bosnia.

The opportunity arises from an unlikely source. Two weeks ago, Milorad Dodik, the hardline Serb Member of the Presidency of Bosnia and Herzegovina (Bosnia) backtracked on his usual secessionist rhetoric with an extraordinary “pledge of allegiance” to the Bosnian state. “We are committed,” he vowed, “to maintaining Bosnia as a state, but our autonomy within Bosnia has to be respected as well.”  This is not a statement one usually hears from Mr. Dodik, who has spent the past 15 years threatening to destroy Bosnia. He is the former President of the Republika Srpska (RS), a Serb-dominated sub-state entity that was carved out during the war and as such made an administrative unit of Bosnia by the Dayton Peace Agreement. The leadership of Republika Srpska, known for its pro-Kremlin political rhetoric, has long oscillated between obstruction of Bosnian state institutions and calls for secession.

To add to the symbolism, Dodik made his pledge on the 25th anniversary of the Dayton Peace Agreement. The last time RS leaders said anything similar was in the early 2000s, when the UN-appointed High Representative Lord Ashdown met any challenges to Bosnia’s sovereignty with harsh sanctions. Since then, Dodik’s political maneuvering has been a major source of instability in Bosnia and a headache for the European Union and the United States.

Dodik’s change of tone comes not from the anniversary or any renewed threat of sanctions. Rather, it reflects the RS’s dire economic straits, laid bare by the COVID-19 crisis. The RS leadership will no doubt want to retain their autonomy and will continue to threaten secession, but they will have to do so amid an increasing awareness that the RS cannot avoid bankruptcy outside of Bosnia. Their desperate financial situation represents an opportunity to reform the Dayton structure and finally point the way toward a functional Bosnian state.

The EU remains unwilling to dust off the threat of sanctions to deter nationalist challenges to Bosnia’s precariously balanced constitutional arrangements, and so has long grappled with the question of how to counter Dodik’s obstruction. The coronavirus crisis, for all of its negative effects, opens up new opportunities for reforms and leverage that may be more compatible with the existing EU modus operandi.

Even before the COVID-19 pandemic hit, the economic fragility of Bosnia and Herzegovina was apparent. The virus has only exacerbated these problems. Projections for Bosnia’s 2020 GDP growth vary between the IMF’s relatively optimistic scenario of a 5 percent decrease and a 9.5 percent decrease forecast from the Friedrich Naumann Stiftung.  Absent effective policies to support the private sector, the number of bankruptcies is rising and unemployment is expected to double. Budget revenues are plummeting. There was a 23 percent decrease in the VAT collection in the month of April and a 35-40 percent fall in total tax revenues in most parts of the country.

The particular situation in the RS is even worse. The RS has traditionally relied on transfers from the other sub-state entity (confusingly called the Federation of Bosnia-Herzegovina) to finance its budget obligations. Indirect taxes, which amount to approximately 70 percent of revenues in entities’ budgets, are collected into a single account managed by the central government. They are subsequently redistributed among the sub-state entities, after the payments for Bosnia’s central government budget and the foreign debt servicing have been subtracted.

In 2019, 76 percent of all indirect taxes collected in Bosnia came from companies based in the Federation, only 22 percent came from the RS. Federation companies thus bear nearly the full burden of financing Bosnia’s central government, including the salaries of 7,500 administrative employees from the RS who are on the payroll of Bosnia’s central institutions. In the same manner, the entire foreign debt of RS is also indirectly financed by the Federation. In other words, the RS can only manage financially because it is part of Bosnia.

Meanwhile, RS debt, as a percentage of GDP, has been steadily increasing, from 37 percent in 2018 to almost 60 percent in 2020. The RS has not been able to finance this debt through markets or through its foreign patrons. Private buyers have a very limited appetite for RS bonds and even then, insist on very high interest rates—transparency has never been a hallmark of Dodik and his political allies. This also applies to RS’s debt structure: several purchases of bonds at staggering interest rates have gone to unknown buyers.

While the RS political elite often claims that it has political backing from Russia for its secessionist or autonomist claims, the pandemic has revealed the true value of that friendship. Neither Russia (nor China) has stepped in to help the RS with its financial difficulties. Russia is not even keeping its previous promises: a €250 million credit, announced by Dodik in 2014, never arrived. China’s construction of 42 km of highway from Banja Luka to Prijedor, which promised major economic benefits, is turning into an albatross. The concession agreement between the RS government and the Chinese company responsible for the construction has set highly unfavorable terms of repayment of the €297 million bill, built exclusively by Chinese companies and Chinese labor. If there is no significant revenue from highway tolls, the RS will be repaying €30 million annually for the next 30 years. In other words, that €297 million loan could end up costing the RS taxpayers close to €900 million.

The economic situation in Republika Srpska is so bad that Serbian President Aleksandar Vučić recently expressed surprise that the RS manages to pay public servant salaries at all.

The RS is not the only administrative unit of Bosnia in financial difficulties, but its predicament stands out. Given Bosnia’s overall bleak financial prospects, both the RS and the Federation will need to look to the IMF and the EU for substantial financial assistance. So far, they have jointly received €330 million as part of an IMF rapid financing instrument in April 2020. The EU also plans to allocate a total of €250 million to Bosnia under its macro-financial assistance package. This is just a start, since their financing needs will be growing exponentially: it is estimated that both entities will need at least €1 billion to finance the negative effects of the COVID-19 crisis. During the next five years, pensions alone will require an additional €500 million, even as IMF and other loans come due, and the private sector stagnates. Structural changes to the public sector and the economy in Bosnia are therefore urgently needed. And now is the opportunity to embark on them.

The European Commission has already committed €3.3 billion through various financial assistance programs for the region. This money should be spent strategically rather than just devoted to putting out fires. COVID-19 has created an opportunity for the EU to work with the international financial institutions and the United States to exert its overwhelming financial leverage against a captured political system that is reeling from the crisis. Political reforms that would make the state more functional have to start now.

A call to action should not obscure how daunting the challenge is. The well-meaning Dayton institutional structures have created a bureaucratic nightmare. Twenty-five years after the peace was won, tens of thousands of salaries and other costs of a non-performing, over-bloated public sector are funded by a crippled and highly taxed private sector. A quarter of total government spending in Bosnia is used on salaries in the public administration, while less than 9 percent is used for investment. A population of 3.5 million, with one of the lowest GDPs per capita in Europe, is financing an apparatus with over 100,000 employees working in a dizzying array of often-redundant bureaucracies. These exist at the central governmental level, at the entity level, in the ten cantons, in the self-governing District Brčko, and in 149 municipalities. The system is not only bloated, but is loaded with opportunities for procedural blockages, financial mismanagement, and abuse of office, and thus hardly able to deliver results.

It is not only that the Dayton institutional framework is unsustainable, but it is also retarding Bosnia’s economic growth. According to the World Bank’s Ease of Doing Business Report for 2020, Bosnia ranks 184th out of 191 countries. On average, it takes 80 days to start a business in Bosnia, with much of the delay due to the country’s Kafkaesque institutional setup. One should not be surprised by projections which suggest that Bosnia’s economy would need at least 20 years to catch up with neighboring Croatia—if Croatia did not grow at all.

The reform challenge is massive not only because of the kind of political resistance it is likely to provoke from connected actors benefiting from the status quo but also because the administration currently provides a parallel welfare system for many public sector employees that would have to be made redundant. As the economy currently stands, many of these people are unemployable.

But you have to start somewhere, and the timing seems propitious. There is no shortage of ideas and proposals on how to reform Dayton, ranging from minimalist proposals aiming to eliminate decision-making blockages and clarify competencies in order to make the system more functional, to more ambitious ideas such as the far-reaching 2006-era “April package” of constitutional reforms. While the tendency of the EU has been to focus on economic reforms before moving to what is considered a taboo topic of constitutional change, it’s increasingly clear that the economy cannot grow when burdened by such a bloated and ineffective government. Without reforms, Bosnia will simply become even more and more dependent on Western handouts for its continued existence, with its entrenched corrupt politicians the only true beneficiaries.

Simply breaking the taboo and starting to talk openly about constitutional reform would be meaningful, with the bailouts and assistance implicitly conditioned on cooperation from the political classes. Doing so on the 25th anniversary of the signing of the Dayton Peace Agreement itself would provide additional symbolic heft to the move. A final decision on how to ultimately proceed need not paralyze us from acting on the understanding that the status quo simply will not do. A difficult path is ahead, and the journey must begin with the first step. 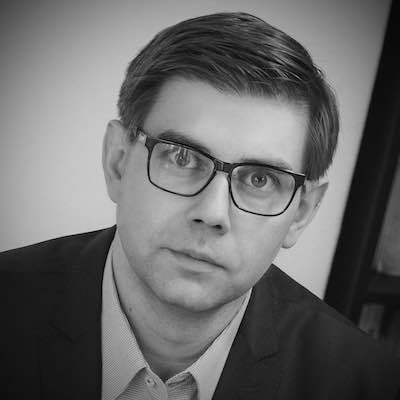 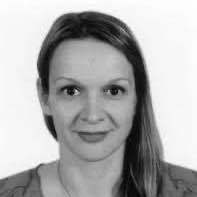