New developments in Prague, involving a suitcase of ricin and a diplomatic spat, suggest that Putin still is afraid—over five years after Nemtsov’s grisly demise.

Last week, the Russian Embassy in Prague notified the Czech Foreign Ministry that it would not be using its new official address of 1, Boris Nemtsov Square, and instead revert to the address of its consular section on an adjacent street. Nemtsov Square—“a suddenly-appearing toponym,” as Russian diplomats called it—was designated earlier this year to commemorate the former Russian deputy prime minister and opposition leader who was assassinated in Moscow in 2015. Prague has followed Washington, Vilnius, and Kyiv, who had made similar street designations for Nemtsov—all of them near Russian Embassies.

It is difficult to think of a more pro-Russian move than naming a street near Russia’s diplomatic mission for a prominent Russian statesman. What bigger gesture of solidarity can a foreign country make? In the same way, in 1987 a street near the Swedish Embassy in Moscow was named after Olof Palme, the recently assassinated Swedish prime minister. Dozens of streets and memorials all over the world, from France to New Zealand, honor Martin Luther King Jr. and John F. Kennedy—and American diplomats readily participate in their unveiling and other commemorative ceremonies.

The reaction of the Russian authorities to commemorations for their compatriot could not be more different—or more puzzling to an uninvolved observer. After the DC Council legislated Boris Nemtsov Plaza, the chairman of the Russian parliament’s foreign affairs committee accused it of running “an anti-Russian flywheel.” The Russian ambassador in Vilnius described the designation there as “puny politicking.” The Russian Foreign Ministry spokesperson went as far as to suggest that naming streets for Nemtsov goes against international law because it is “intended to influence internal political processes.” Every time, Russian ambassadors were invited to the dedication ceremonies—and every time they refused to show up.

The Kremlin’s reaction might go beyond words. It was revealed this week that Prague Mayor Zdenêk Hřib who had authorized the Nemtsov Square designation has been placed under police protection after Czech intelligence got information about an individual arriving in Prague with Russian diplomatic papers and a suitcase containing the lethal poison ricin. (The same KGB-supplied poison had been used to assassinate Bulgarian dissident journalist Georgi Markov in London in 1978.) The mayor has said that he is not at liberty to disclose the details of an ongoing security operation.

“No Russophobe . . . could bring more shame on Russia than our own Foreign Ministry,” Leonid Gozman, a well-known political analyst, wrote after the news about the Prague embassy address. “The embassy . . . has publicly confirmed that Nemtsov is an enemy, that even his memory frightens them. Such [a] position is only logical if he was killed on the orders or with the connivance of the present authorities.”

Indeed, nothing else can explain the Russian government’s reaction to the commemorations—or its consistent refusal to cooperate with international oversight procedures concerning the investigation into Nemtsov’s murder. Last year Russian authorities blocked the rapporteur from the Organization on Security and Cooperation in Europe from accessing the Nemtsov case files—on the grounds that they contain state secrets. “I can only assume that there is information in these files about such high-ranking and influential individuals connected to this murder that revealing their names would be equated to revealing a state secret,” said Boris Vishnevsky, an opposition lawmaker in St. Petersburg who sent an official inquiry to Russia’s Investigative Committee demanding to know the reason for the classification.

So perhaps a different historical parallel would be more appropriate—not designations for Palme or MLK but, for example, the 1986 decision by the Glasgow City Council to name a square near the consulate of the apartheid South Africa for Nelson Mandela. Or, indeed, Washington’s own precedent, also from the 1980s, of naming a plaza near the then-Soviet Embassy after the dissident physicist Andrei Sakharov. These were also, of course, messages of solidarity—not with the regimes but with the citizens who stood up to them.

There are always those who oppose sending such messages. In 1984, the U.S. State Department advised against designating Sakharov Plaza for fear of riling the Soviets, but Congress disregarded the objection. More than three decades later, another U.S. administration tried to block Nemtsov Plaza—this time by securing a hold on legislation through an obliging senator (Bob Corker)—only to be bypassed by a unanimous vote of the D.C. Council. Czech President Miloš Zeman, who has been described as “the most influential Kremlin ally in Central Europe,” opposed commemorating Nemtsov in Prague, but was powerless to stop the local authorities. One hopes that initial objections to commemorating the Russian opposition leader that have been voiced in London, Tallinn, and Toronto will be similarly overcome on principled grounds.

Soon after his release, Mandela came to Glasgow to personally thank the city for its support. After the fall of the Soviet Union, Russia’s ambassador in Washington displayed a bust of Sakharov in the embassy building; by then, there was already a Sakharov Avenue in Moscow. No doubt, one day Russian embassies will be proud to have Nemtsov’s name on their letterheads. Those who oppose such efforts remain in history as mere footnotes—fascinating perhaps to scholars of appeasement, but outargued, outranked, and outshone by leaders more interested in defending principles than in placating dictators. 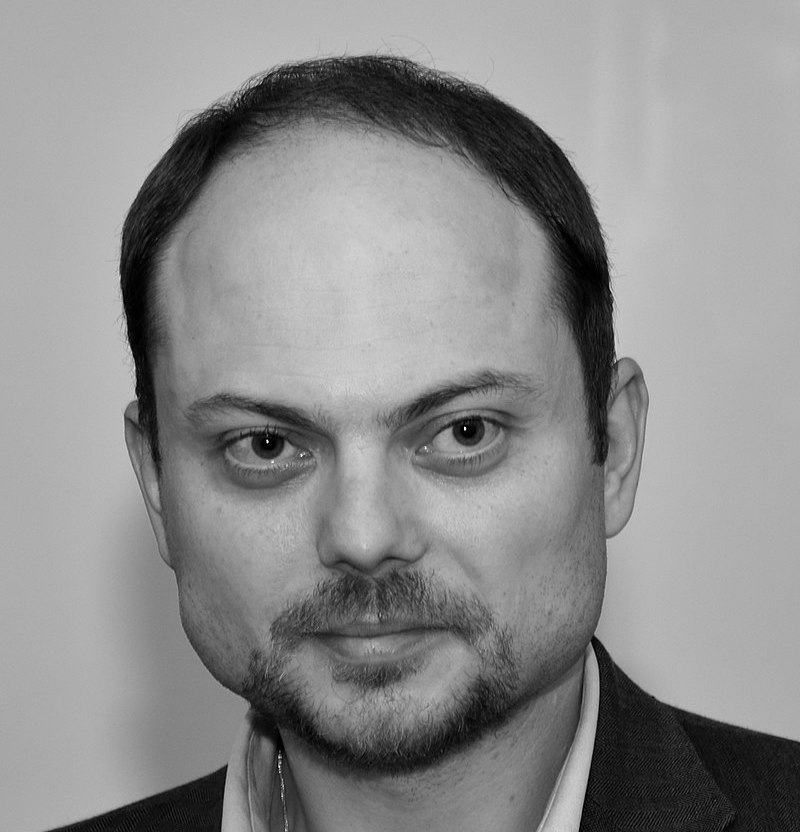