Podcasts
About Us
Privacy
(U.S. Navy photo/Released)
Hypersonic Weapons
COVID-19 and the Weapons of the Future
Seth Cropsey

The coronavirus outbreak is straining U.S. deterrence and power projection abilities—and revealing our glaring vulnerabilities in the realm of hypersonic weapons.

The USS Ronald Reagan is tied up in the Japanese port of Yokosuka: Two of her crew have tested positive for COVID-19. USS Theodore Roosevelt, the other U.S. aircraft carrier in the West Pacific, is pier side at Guam with a skeletal crew aboard after 70 of her crew tested positive (this number has now grown to nearly 300). Until both ships can safely return to sea, U.S. deterrence and power projection abilities in the West Pacific are under great strain.

By coincidence, on March 19, the Navy successfully tested a major part of its hypersonic missile program, the missile’s glide body which is designed to carry conventional weapons. Development of hypersonic missiles would not only provide valuable information about how to defend against the hypersonic missiles that Russia claims it possesses and China is developing. It would also be an effective instrument in convincing these and other potential foes that it would be foolish to take advantage if U.S. naval forces are, for whatever reason, unable immediately to respond to crises.

Hypersonic weapons describe a family of delivery systems that travel at between Mach 5 and Mach 10—that is, at between one and two miles per second. In comparison, the U.S. Tomahawk flies at subsonic speeds, at around Mach 0.7—some 550 miles per hour. Tomahawk missiles were used in 2017 following the Syrian government’s chemical attacks and could reach a target 600 miles distant in about an hour; a hypersonic weapon could strike the same target in ten minutes.

These kinds of capabilities offer a strategically decisive advantage. A nation’s current ground and sea-based early-warning and air-defense systems are limited in a variety of ways, including by the earth’s curvature. A missile flying closer to the ground or sea can evade detection for longer than one with the high altitude of a ballistic trajectory. Detection and targeting takes time. To give you a sense of the figures involved, an Aegis Combat System responds to a threat in several seconds. A hypersonic weapon covering 20 miles in 10 seconds can scream past air defenses, evade intercepting missiles, and overcome point-defense systems.

Defenses are, of course, possible. Congress has provided the money and direction for the Defense Department to begin testing space-based sensors that can track hypersonic missiles by the end of next year. Tracking is the first and indispensable step in an effective defense. Satellites equipped with more advanced sensors, integrated with tracking and fire-control systems, could relay information to kill vehicles or directed-energy weapons that would intercept a hypersonic missile. U.S. defenses against hypersonics, however, do not exist today. Current U.S. anti-ballistic missile systems such as the Ground-based Midcourse Defense—systems that were designed to protect against ballistic missiles, including ICBMs—did not anticipate a maneuverable, hypersonic threat. Our adversaries understand this and are developing weapons to target not only our forward-deployed forces, but also the mainland.

Historically, hypersonic projectiles were first tested in the early Cold War. In 1949, the United States tested the two-stage hypersonic “Bumper” rocket, built from a WAC Corporal sounding rocket and a German V-2. It achieved Mach 6.7. A decade later, in 1959, the United States first tested the X-15, a hypersonic rocket-propelled aircraft. It also reached Mach 6.7, notably with aeronautical engineer and test pilot William J. Knight at the controls. The speed that hypersonic weapons travel at creates similar issues to those that these earlier atmospheric re-entry vehicles encountered. Only in the early 2000s did engineering progress enough to enable large-scale hypersonic testing and production. A fully hypersonic cruise missile (which travels at these speeds throughout its flight) or a “boost-glide” vehicle (which detaches from another system for its final attack phase) is today within the United States’ reach.

Russia has been the loudest in trumpeting its hypersonic program. Since March 2018, Russia has stated openly that it is modernizing its nuclear arsenal with the development of six new weapons. Western media focused upon two of these programs: the Poseidon nuclear-tipped torpedo and the Burevestnik nuclear-powered nuclear-armed cruise missile. The systems they have ignored are far more dangerous—its three hypersonic delivery vehicles.

Closest to operational deployment is the Kinzhal medium-range ballistic missile. An upgraded version of Russia’s ground-based Iskander-M short-range ballistic missile, the Kinzhal will be deployed on MiG-31K interceptors, likely carrying a 10-50 megaton warhead.  If carried on a MiG-31K, the Kinzhal’s 1,200-mile range excludes targeting U.S. territory.  Rather, the Kinzhal would be used to attack American and allied installations in Eastern Europe. They would be particularly useful in a confrontation over the Baltic.

Meanwhile, both the Avangard Boost-Glide Vehicle paired with the Sarmat ICBM, and the submarine-deployed Tsirkon Hypersonic cruise missile, would be able to target the United States. Indeed, Russian state media has suggested the Pentagon and Camp David as potential targets for Tsirkon-armed nuclear submarines. While Russia has grossly exaggerated the maturity of both the Avangard/Sarmat and Tsirkon, the fact of their being in development cannot be taken lightly. Not since the Cuban Missile Crisis has a foreign power so directly threatened American territory.

China has focused on building a universal hypersonic glide vehicle mechanism that it can deploy aboard several existing missile designs, upgrading them to hypersonic status. This strategy, while less flamboyant than Russia’s, is more concerning: China may be able to field operationally and strategically relevant hypersonic weapons within the next few years. The DF-17 Medium-Range Ballistic Missile and DF-41 Intercontinental Ballistic Missile are both expected to be hypersonic-capable when upgraded using the DF-ZF glide vehicle mechanism. Both missiles, particularly if armed with a nuclear warhead, can target U.S. Carrier Strike Groups and major air bases in the Western Pacific. Even the U.S. mainland is vulnerable due to the DF-ZF’s speed and maneuverability.

Technological challenges make comprehensive hypersonic defenses difficult at this time and the Department of Defense has not demonstrated a clear intent to invest the necessary resources to protect against these systems. The United States’ best policy, therefore, in the near term, is the development of an effective offense. American strategists have recognized the utility of hypersonic weapons, particularly in the Western Pacific against Chinese anti-access defense networks. Fortunately, U.S. defense planners have not sat on their hands. Research began in the early 2000s with the Prompt Global Strike program. Currently, the United States has eight hypersonic weapons programs, divided amongst the Navy, Army, Air Force, and DARPA. None, however, have produced more than an operational prototype.  That said, while the real maturity of Russian and Chinese programs remains unclear, the sheer diversity of tested U.S. systems demonstrates inherent American technical capacity. Still, absent a formal DoD program and a clear deployment timeline, the United States risks falling far behind its adversaries.

Of course, the contemporary Pentagon has other priorities. The Navy must fund its Columbia-class ballistic missile submarines and the Air Force its B-21 Raider bomber. The Navy, Air Force, and Marine Corps will need to develop unmanned technologies or risk ceding air dominance to a peer adversary. Furthermore, the United States has not mass produced an advanced munition arguably since the Tomahawk cruise missile in the 1980s.  Throughout two decades of Middle Eastern counterinsurgency, the American munition of choice was the Joint Directed Attack Munition, a “dumb bomb” with a modified laser guidance system. It is as if the U.S. Army’s 82nd Airborne Division, one of America’s premier rapid-response and warfighting tools, deployed to Iraq with Springfield bolt-action rifles and early-20th-century fixed machine guns, but sporting modern scopes and wearing body armor. Against a lower-level threat, updated technology may be effective. But Chinese and Russian infantry divisions use modern weapons and technology.

We therefore face not simply budgetary issues, but structural choices within the U.S. defense establishment. Without a budget increase, current U.S. force structure projections are unachievable. Yet, even before imagining the vast sums that will now be spent because of the coronavirus, the U.S. defense budget was facing budget cuts in the coming years. The United States therefore risks choosing between a medium-sized fleet entirely unready for combat and a much smaller fleet fielding modern weapons, but easily overwhelmed by a numerically superior, technologically equal adversary.

Over one hundred years ago, Europe’s great commanders readied their armies for war, putting their faith in the power of an offensive first-strike. As history recounts, when titans clashed in Flanders Fields, neither side could best the other; technical, tactical, and operational parity led to bloody stalemate. These commanders understood the risks of the offensive but hoped to forestall a ruinous continental conflagration through quick victory.  They failed. But similar leaders scarcely a generation later put their faith in the same offensive punch: this time German armies sped past their Anglo-French adversaries, securing a victory that led to four years of Hitlerite occupation and the deaths of millions. Fortunately, grand strategic considerations weighed against them, and the Grand Alliance between East and West liberated Europe from a barbaric tyrant.

With a similarly perceived technological, tactical, and operational advantage afforded by hypersonic weapons, perhaps America’s contemporary adversaries would calculate as her historical ones did and opt for a punishing offensive. Perhaps America would win this war, its grand strategic position weighing in its favor once again. Alternatively, our strength may deteriorate sufficiently to enable Chinese victory. We may sleep soundly for now. But we risk being awakened from our imagined security by the choice between surrender or devastation. 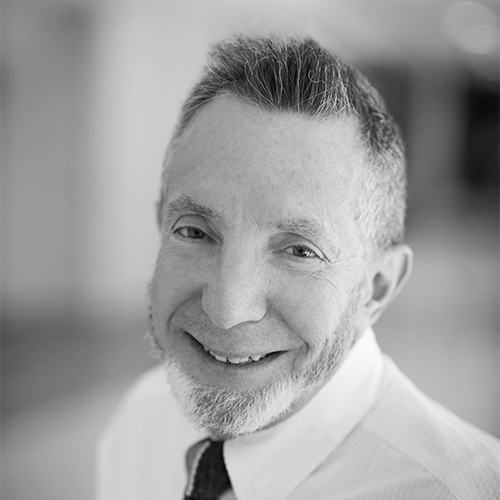