How do we meet today’s needs for food, water, energy, and economic opportunity without sacrificing our ability, and the planet’s capacity, to meet these needs tomorrow? Here’s a bipartisan approach that can help.

President Trump told a crowd at the recent Davos World Economic Forum that the United States would join 1t.org, an initiative to plant or conserve one trillion trees in the next decade—and then he proceeded once again to dismiss the threat of climate change, slamming activists as “prophets of doom” who would “wreck our country.” Climate crusader Greta Thunberg subsequently slammed Trump and other leaders for inaction, dismissing the reforestation initiative as a distraction that “cannot replace real mitigation.”

They were both wrong. The climate crisis is upon us; one need only look to episodes like the apocalyptic wildfires that ravaged Australia while leaders debated in Davos. And reforestation and other nature-based solutions are crucial to keeping warming below dangerous levels. In fact, because these solutions yield benefits that are widely shared, they can help bridge the partisan divide that has stymied U.S. action on climate change, with 84 percent of Democrats viewing it as a “major threat,” versus only 27 percent of Republicans.

Having served as President of Conservation International, and Deputy National Security Advisor to President George W. Bush, I know first-hand how the climate divide has impeded bipartisan action on a win-win environmental agenda. But I also know that nature-based solutions can form the core of a “natural” security strategy on which disparate groups can find common ground.

The major parties have polarized the climate debate as a binary choice between opposing formulations—emissions reduction versus energy production, voluntary versus mandatory, deniers versus liars. In contrast, a natural security strategy frames the challenge we face as balancing both sides of an existential equation: How do we meet today’s needs for food, water, energy, and economic opportunity without sacrificing our ability, and the planet’s capacity, to meet these same, or even increased, needs tomorrow?

We cannot solve this equation by choosing either to conserve nature or to live better. We must do both.

This will require expanding today’s notion of sustainability to account not only for our stock of forests, land, animals, and other natural resources, but also for the services these resources provide, and on which lives and livelihoods depend, such as flood protection, carbon sequestration, and crop pollination. While nations and companies have often ignored these so-called ecosystem services as an off-balance-sheet asset, it is only by valuing this flow of services, and limiting adverse impacts on the resources that produce them, that decision makers—from farmers to Finance Ministers—can sustain both economic growth and the natural capital on which it depends.

The UN and the World Bank are helping some developing countries to do just that by fully valuing their natural capital. While most nations track only Gross Domestic Product (GDP), which is a measure of income, natural capital accounting values the resources that support that income.

In Uganda, this methodology has helped identify and protect areas needed to expand eco-tourism, while in Botswana it is being used to allocate scarce water resources between the mining, agriculture, and service sectors. Since the depletion of natural capital is a threat to long-term growth, nations that incorporate the full value of nature into key economic decisions—where to build new infrastructure, whether to grant a mining concession, when to intensify crop production—can ensure that prosperity today does not undermine prosperity tomorrow.

The private sector Natural Capital Coalition is helping businesses to do the same thing by calculating their true cost of production. This true cost can be substantially greater than the traditional GAAP cost of goods sold because it includes environmental dependencies, as well as adverse impacts, such as carbon and water footprints. Indeed, if water were priced to reflect its true cost across production sites, it is estimated that more than a quarter of the profits of the world’s biggest businesses would be wiped out.

The implication is clear: Water scarcity and other natural capital constraints will increasingly create winners and losers. But businesses that optimize production to reflect the availability of, and reduce their impact on, natural resources, will gain a competitive edge from lower input costs and a more secure supply. In short, companies can be assured of future profits—and customers of a sustainable future—by lowering the true costs of production.

Unfortunately, efforts to promote sustainability through natural capital or true cost accounting have received neither the funding nor the political attention they deserve, because the clash over the climate divide has monopolized both.

These nature-based solutions are a powerful force for combating climate change. Reforestation on the order of 1t.org would negate up to 20 years of human produced CO2 emissions at the current rate. Mangroves, in turn, store up to four times more carbon per acre than forests, capturing as much carbon annually as that emitted by 26 million passenger cars. And the “sleeping giants of global carbon sequestration”—the world’s wetlands—hold up to 30 percent of terrestrial carbon, while occupying only about 3 percent of the earth’s land surface.

Not only do these nature-based solutions aggressively mitigate emissions, they are significantly more cost-effective in doing so than many technology-based ones. Reforestation, for example, can avert CO2 emissions for less than $10 per ton, compared with $140 to $2,100 per ton for subsidized solar photovoltaic panels. Similarly, better soil management can avert CO2 emissions for $57 per ton, versus $350 to $640 per ton for electric vehicle subsidies.

Despite, or perhaps because of, their effectiveness, there is a danger that nature-based solutions could be used merely to off-set emissions elsewhere—or, worse, as a fig leaf for inaction, as Trump did by endorsing the one trillion tree initiative. This would be particularly tragic, since nature-based solutions by themselves will not obviate the need for aggressive fossil fuel emissions reductions.

Worse, the resources that provide these solutions are rapidly disappearing. Agriculture, livestock, and logging are driving the loss of 18.7 million acres of forest annually—equivalent to 27 soccer fields every minute. This accounts for about 15 percent of global emissions. Wetlands, in turn, are disappearing at a rate three times faster than forests, releasing greenhouse gases that equate to 10 percent of fossil fuel emissions. And coastal development, aquaculture, and over-harvesting are causing blue carbon to be lost even faster than wetlands, spewing into the atmosphere one billion tons of carbon dioxide annually.

This destruction of natural capital is also taking a human toll. In the Lower Mekong River Basin, for example, vast swaths of life-giving and climate-mitigating wetlands are being destroyed by the impact of Chinese-funded hydropower dams, pollution, and illegal logging and fishing. Working with Conservation International, I have seen how the resulting changes in water levels and river flows are threatening to strangle Cambodia’s immense Tonle Sap, Southeast Asia’s largest fresh water lake. In what has long been a natural fish factory, dwindling fish stocks now imperil the livelihoods of the more than one million people crowded onto the picturesque but impoverished floating villages that dot its shores.

We can reverse this destructive dynamic by pursuing an innovative and cost-effective natural security strategy that would restore U.S. leadership on climate change and ensure sustainable prosperity at home and abroad.

This natural security strategy would prioritize other solutions that yield substantial climate bang for the buck, such as implementing the landmark global agreement to phase out heat-trapping hydrofluorocarbons in refrigerants, which could reduce warming by up to 0.5°C; reversing the Administration’s plan to roll back limits on methane emissions, which are over 25 times more potent than CO2; decarbonizing the building sector, which accounts for 40 percent of global emissions; and phasing out U.S. coal-fired plants, the great majority of which are more expensive to operate than simply building new renewable energy capacity.

This strategy would also step up efforts to protect the water we drink and the air we breathe, yielding climate benefits and health savings that far outstrip the mitigation costs. More vigorous action on air pollution alone can improve the health of four in ten Americans, and prevent up to seven million premature deaths worldwide—more than twice as many annually as from HIV, Malaria, and TB combined.

To promote sustainable prosperity, this strategy would scale up natural capital accounting and provide tax incentives for companies to disclose their true costs of production—empowering producers and consumers alike to make decisions that are both profitable and sustainable. And to ensure implementation, this strategy would replace the anemic Council on Environmental Quality with a new Cabinet-level Environmental Security Council to coordinate government-wide action on the environment and climate change at home and abroad.

While this natural security strategy would not by itself get us to a carbon neutral economy, it would represent a significant down payment toward it, and mobilize a bipartisan coalition of strange bedfellows to achieve it.

The military and national security community would see it as a means of addressing key environmental threats: destabilizing flows of climate refugees fleeing drought and famine; conflicts over water and other scarce resources; flooding of strategic bases and port facilities; and environmental crimes, such as illegal logging, that fund terrorist enterprises. Environmentalists would see this natural security strategy as the first line of defense against environmental degradation, and the first line of offense against climate change. Corporations would see it as a way to implement the Business Roundtable’s commitment to conscious capitalism, putting responsibility to the environment on a par with responsibility to shareholders. The faith-based community would see it as a way of fulfilling “our vocation to be protectors of God’s handiwork,” as Pope Francis urged in his encyclical on the environment, Laudato Si’. And voters who call for climate action but balk at the price tag would see this natural security strategy as a way to buy down the cost of emissions reductions, ensuring that the proceeds from any future carbon tax or pricing scheme are pocketed by taxpayers, not squandered by government bureaucrats.

In short, everyone—from activists like Greta Thunberg to deniers like Donald Trump—would have a stake in a natural security strategy that harnesses nature-based solutions to climate change. And while it is true, as Thunberg decried at Davos, that “no political ideology . . . has been able to tackle” the climate crisis, such a strategy could be exactly what is needed to bring left and right together to extinguish the fire that threatens our common home. 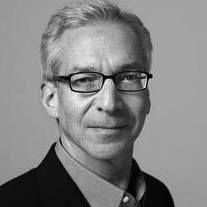