The struggle over Hong Kong seems headed toward stalemate. But while the Hong Kongers can tolerate not winning in the short term, the CCP is worried that they are not losing.

The mass protests in Hong Kong ignited by the Extradition Law Amendment Bill (ELAB) have been raging for half a year and are evolving into a broad-based democracy movement, a movement that has become a classic example of pursuing democracy with broad support and participation, nimble tactics, and indomitable spirit.

The crisis has often appeared to have reached a tragic denouement. Most recently, Hong Kong police violence against protesters escalated to horrific levels, and included the use of live ammunition. But in the following days, pro-democracy candidates scored a landslide victory in the District Council elections, and the United States government enacted the Hong Kong Human Rights and Democracy Act of 2019 (HKHRDA). A December 8th demonstration called for by Civil Human Rights Front (CHRF) gained approval by the authorities and inspired the participation of over 800 thousand Hong Kongers according to CHRF. These events suggest a prolonged stalemate and a war of attrition. Violent crackdowns by the police have failed to weaken the commitment and ardor of the protestors. Yet even more massive demonstrations are unlikely to induce any positive response from the Hong Kong government.

So how much longer will the stalemate last, and on which side will it break? Whose side is time on?

The Hong Kong protests are unique. At their peak, over 2 million out of the city’s 7 million residents showed up in a single demonstration, proportionally the largest in modern times. In other places, mass protests on such a scale would have almost certainly caused tectonic political shifts, but until now there have been virtually no changes in Hong Kong’s political landscape. Even Carrie Lam, Hong Kong’s Chief Executive, who now enjoys virtually no popular confidence or respect, is shamelessly holding on; no blunder or humiliation, it appears, can make her resign.

The lack of change is not related to the size or intensity of the protests, but to the fact that the real opponent of Hong Kong people seeking freedom and democracy is not the Hong Kong administration, but the dictatorship ruling over China as a whole. Today, the CCP is the most powerful authoritarian regime in the world. For the past thirty years, the regime has been highly effective in crushing any tendency toward domestic dissent. But Hong Kong has broken China’s record of repression. The former colony continues to cherish its tradition of individual liberty and rule of law; more importantly, the political principles espoused by the people of Hong Kong represent the antithesis of the CCP’s ideology. Civil society in Hong Kong is thriving, and most means of domestic political control employed by CCP, such as dividing and conquering, information blockades, and threats and buy-offs, have had little effect on most of its people. There is no recognized leader of the Hong Kong protests, but they are structured by organizations existing across different social strata. Since it is impossible to eradicate these highly fluid organizations and quasi-organizations, or to produce a chilling effect by bloodshed using its “absolutely superior power,” the crackdown by the CCP and the Hong Kong police has only aggravated the confrontation between the people and the Hong Kong government as well as its CCP master.

Hong Kong is also unique with respect to its economic role. From the time the CCP came to power until the era of China’s economic reform, and into present times, Hong Kong has served as an outpost for international trade, connecting China to the rest of the world. As a highly important international economic and financial center, upheavals in Hong Kong inevitably affect the entire Chinese state, a factor that warrants careful and complex calculations on the part of the CPP in contemplating the use of its military for a large-scale crackdown.

In addition to being an economic hub, Hong Kong plays another important role that has become more pronounced recently: It serves as a conduit for the exchange of information and for exchanges about values, principles, and beliefs between China and the rest of the world. When the Anti-ELAB protests started, there were limited reactions from democratic countries despite worldwide attention. Two concerns seem to have been responsible for this underwhelming response: First, some democracies have adopted a prudent and “conservative“ posture in international affairs out of consideration for their own domestic problems. Second, given the CCP’s intolerance of criticism, countries wanted to avoid angering the world’s second largest economy. As a result, it took some time to build international support for the protests. Nevertheless, the fact that the United States enacted HKHRDA shows that support for a people seeking respect for their inherent freedom can still be more compelling than immediate economic benefits.

After President Trump signed HKHRDA into law, none of the senior Hong Kong officials who had opposed the protests played along to the sharply critical tune adopted by the CCP. Hong Kong is a highly international city and its residents are much more connected to the rest of the world than their fellow countrymen on the mainland. HKHRDA serves as a strong deterrent to the CCP’s allies in Hong Kong and makes local authorities think twice about the repressive tactics, which also produces a ripple effect on the mainland.

Hong Kong is different from other Chinese communities outside mainland China in that many of its residents do take ownership of their Chinese identity, a fact that helps to explain the annual candlelight vigil at Victoria Park in memory of the victims of “the Tiananmen Massacre” for the past thirty years. When Hong Kong officially reverted to Chinese sovereignty in 1997, events there became more important to the mainland, not to mention the interconnectedness facilitated by easy transportation and large numbers of visitors.

But Hong Kong’s influence runs in both directions, both supporting China’s economy and also weakening the hegemony of the ruling ideology and party. As time passes, it is inevitable that the role of Hong Kong as a conduit of information to the mainland will become more important, and will eventually undermine the CCP’s information blockade, its disinformation, and its nationalist propaganda. During the recent protest in Maoming City, Guangdong province, for instance, slogans used by the protestors exhibited an unmistakable “Hong Kong flavor”. Even on “the Great China LAN,” one observes frequently witty remarks mimicking catch phrases used in Hong Kong protests.

From the very beginning, the CCP’s propaganda apparatus defined the Hong Kong protests as “Hong Kong Independence” activities, misleading people on the mainland and arousing their national pride. As time passes and information about HKHRDA and similar developments spreads, people on the mainland will eventually learn the truth about what has happened in Hong Kong and their views will change. Meanwhile, as more and more people are exposed to “negative” information, the stigmatization of the democracy movement in distorted “reports” from the government will find a less receptive audience, a trend that is bound to favor the protestors.

The Chinese economy has experienced substantial growth in the past forty years. As the government controls an increasingly large amount of resources, the current rulers of China have convinced themselves that China enjoys “a superior political system.” As a result, they use their newly-gained economic power to attempt to undermine Western political approaches. It is true that the world’s democracies do not always give priority to their own central principles when facing practical challenges, but by no means have foundational principles been abandoned. Dictators will ultimately pay a price when they try to challenge human rights, democracy, and the rule of law on the level of principles. Hong Kong forms an integral link in the human liberty chain, and democratic societies have an unavoidable moral duty to safeguard it. While President Trump’s “transactional” approach to international relations has focused mainly on economic considerations, and did not, in the beginning, address China’s violent repression, even undermining traditional alliances with other democracies, most have still reached a consensus on the issue of Hong Kong. HKHRDA was not only a nearly unanimous act of Congress, but also a bill that reflected a deep consensus in public opinion in the country. Moreover, its effect has reverberated throughout the Western world, with several other countries currently considering similar legislation.

The expectation that Western countries will not watch Hong Kong’s situation with folded arms is not wishful thinking. In the past thirty years, the West has not made promoting human rights in China a priority, relegating the issue to secondary status. Hong Kong, however, is different in that close attention to and serious warning against human rights violations by Western countries are serving as a deterrent. This will not only encourage pro-democracy activists elsewhere, but could usher in a new era in which human rights violations anywhere in China will be sanctioned by the international community.

Taking advantage of their city’s unique position, the people of Hong Kong have built powerful international support from initially tepid reactions. Moreover, they have built a beachhead for projecting democratic ideas and the ideal of freedom to the mainland, challenging the CCP’s increasingly harsh social control and increasing the risks to the CCP for willfully abrogating human rights. Despite being a small “city state,” Hong Kong has the potential to spark unified actions by the international community against the aggressive behavior of the CCP, potential that would have had no chance to materialize but for the unwavering fight waged by the Hong Kong people.

Mainland China can come under this influence because of its internal weaknesses. The CCP’s intensified social control in recent years has masqueraded and suppressed many social conflicts. Meanwhile, China’s economic growth has been exhibiting signs of fatigue. The CCP will presumably continue to stigmatize Hong Kong’s protests through official media, while covering up serious human rights violations and deepening social conflicts, but in the end truth will prevail. Hong Kong is a small place, and yet the long-lasting protests have introduced an unpredictable variable into the mainland’s unstable vertical power balance. Although the full impact of the protests will take time to materialize, Hong Kong is definitely not Beijing in 1989, where protests lasted only 56 days. The CCP does not have a monopoly on the “long view.” Persistence is power.

By ensuring a prolonged fight at minimum cost, the Honk Kong people have not only gained time for themselves, but also set a hopeful example for mainland China: put up a fight and you may not necessarily lose! Taking advantage of Hong Kong’s unique position, the protestors have mobilized support from all parts of the world; at the same time, their fight has helped more and more Chinese people see the bright torch at the southern tip of their country and understand what is really taking place. The Hong Kong people are not afraid of not winning in the short term, but the CCP is afraid that the Hong Kong people are not losing. A strategy of minimizing costs and upholding ethical principles holds the best promise for greater understanding and support. As time passes, changes will come—both in Hong Kong and in Beijing. 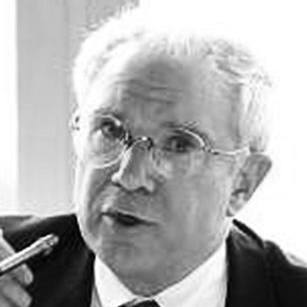