Podcasts
About Us
Privacy
Photo via Flickr (CC BY 2.0)
The Literary Life
Prostrate with Gratitude: On Clive James
Morten Høi Jensen

The late literary critic embodied the best of his profession, and proved that books can furnish a life.

When a great writer dies, we turn to our bookshelves not only for a reminder of what has been lost but also of what will endure: the words, phrases, and sentences that made up a life. Yet what strikes me now about Clive James, who passed away on November 24 at the age of 80, is not the presence of his books on my shelves (long a familiar sight) but the presence of those books I have read and discovered through him: New and Selected Poems by Samuel Menashe, The Museum of Unconditional Surrender by Dubruvka Ugrešić, the several volumes of Cultural History of the Modern Age by the Austrian critic Egon Friedell, and many others. If one way of measuring the worth of a literary critic is to count the writers whose work they’ve helped us discover, then James seems to me to be among the most valuable. Certainly he was one of the most eclectic: He wrote with admiration and insight of Nora Ephron and Edmund Wilson; Anna Akhmatova and Albert Camus; Olivia Manning and Miles Davis. Ever a student at heart, he gave the impression that literary criticism at its core was an enlightened process of discovery and recommendation. Thus, in recent years, he often used his website to recommend the work of writers much younger than he, including Alice Gregory, Meghan O’Rourke, and the poet Olivia Cole.

I’m too young to be familiar with James’s long and storied career in television, and I’ve never bothered to read his Unreliable Memoirs, but I still fervently believe that he will be best remembered for his essays and criticism. He liked to say that he was most himself when writing about others. I’d go further and say he was never a better writer than when close reading, say, the poetry of Philip Larkin, the prose of Golo Mann, or the essays of Randall Jarrell. This may be because the tendency toward theatricality in his prose—a hangover from his youthful days in 1970s London competing with friends like Martin Amis and Ian Hamilton—is more subdued when he is writing in the service of literature. James admitted as much himself: “[To] serve literature entails self-denial,” he wrote in the introduction to his 1979 essay collection At the Pillars of Hercules. “Self-display can only go so far.”

And yet, without that self-display a Clive James essay wouldn’t be a Clive James essay. He is a presence on the page, most signally in his inimitable turns of phrase and comic hyperbole. On Randall Jarrell’s criticism: “Randall Jarrell was against knowingness, and he possessed the antidote: knowledge.” On Norman Mailer’s biography of Marilyn Monroe: “Mailer planes forward on the myth of her enormous talent like a drunken surfer.” And this withering remark from an essay on Jean-Paul Sartre: “In Sartre’s style of argument, German metaphysics met French sophistry in a kind of European Coal and Steel Community producing nothing but rhetorical gas.”

I’ve always thought of his presence on the page as being almost physical. He was there next to you when you read his essays on W. H. Auden or Philip Larkin, an intimacy he achieved by remarking on where he’d first bought a given writer’s book, or by suddenly interjecting that a galley proof of so-and-so’s poem is folded into his copy of that book. The life of a literary critic, in James’s world, is just that: a life, something to be lived, experienced, day after day. In his famous essay on Edmund Wilson, “The Metropolitan Critic,” James wrote, “We need to decide whether critical work which has plainly done so much to influence its time vanishes with its time or continues. To continue, it must have done something beyond maintaining standards or correcting taste, important as those functions are: it must have embodied, not just recommended, a permanent literary value.”

At least one of the literary values embodied by James’s criticism is the elevation of literary criticism to a way of life, a way of being open to and curious about the world, of observing and engaging and arguing with it. The testament to this value was published in 2007: Cultural Amnesia: Necessary Memories from History and the Arts, an expansive, aphoristic A-Z collection of essays about historical figures (Hitler, Mao, Margaret Thatcher), personal heroes (Camus, Mann, Aron), and musical artists (Louis Armstrong, Duke Ellington, Miles Davis), among others. I read it when it was first published, after I had recently decamped from Denmark to the United States to pursue my undergraduate degree. Cultural Amnesia soon became an indispensable supplement to my university education, if not an entirely separate education in itself. I can trace my intellectual development in its pages, seeing where I once agreed with James and where I came back years later to quibble with him about some point or other (on Walter Benjamin, for instance). There in the margins are my notes of approval and disapproval, questions and exclamations, illegible comments or pretentious objections. And then there are the lists: lists of books and authors to remember to look up, lists of which Louis Armstrong recordings to listen to first, and lists of words or phrases to employ in my own writing.

In addition to the many volumes of essays, Cultural Amnesia seems to me the crowning achievement of James’s writing life. Like Lionel Trilling’s The Liberal Imagination, it is a book partly forged on the bloody crossroads where art and politics meet, and many of its finest essays are reflections on artists who lived through some of the worst atrocities of the 20th century: Paul Celan, Nadezhda Mandelstam, Stefan Zweig. “Ours was an age of extermination, an epoch of the abattoir,” James writes in the introduction (he was born in 1939, the year the Second World War began). “But the accumulated destruction yielded one constructive effect, salutary even if solitary. It made us think hard about the way we thought.”

As an immersion into much of the thought of the previous century, Cultural Amnesia is a resolutely and courageously anti-ideological book, even if it is not always free of its author’s own blind spots and biases (how could it be otherwise?). James’s trenchant appraisals of the many writers who paid lip service to totalitarian regimes of both the right and the left remains bracingly instructive. Similarly, his reflections on those individuals who dared to break with friends and challenge cultural conformity make for gripping reading. (See, for instance, the wonderful entry on the French sociologist Raymond Aron.) As only the best critics can, James made intellectual argument both exciting and necessary.

Roughly a decade ago, while still firmly under the spell of Cultural Amnesia’s riches, I had the strange and improbable experience of running into Clive James at the Strand bookstore in New York while clutching an old copy of his essay collection First Reactions. He was as amused by this as I was stupefied, and very kindly consented to spend a little time browsing the shelves with me and recommending (that word again) countless writers I’d never heard of. (He bought me a copy of Van Wyck Brooks’s The Times of Melville and Whitman, which, ungratefully, I have yet to read). Years later I wrote about our little encounter in an essay for the Los Angeles Review of Books. About a month or so after the piece had published, I sat down at my desk at the academic publishing company I was working for at the time when an email from James pinged in. The subject line read: “Clive James prostrate with gratitude.” He’d written simply to thank me, to let me know he’d read the piece, and then proceeded to tell me about a poem he’d just written, some book cases his daughter Claerwen had recently designed for him, and a new collection of essays about binge-watching television that he was about to publish. Then, in closing, he returned to the Strand:

The Strand non-fiction stacks: if I think hard and press my finger to the bridge of my nose, I’ll suddenly be there, picking out another copy of that little book of essays by Nora Ephron. Hold the ladder for a bit, would you? Thanks. Gotta lie down again. Until next time; and for now, thanks again. Clive.

That email, like our meeting at the Strand, was both unexpected but hardly surprising. Of course I would one day stumble upon Clive James in a dusty bookstore somewhere, and of course he’d take the time to send an email to a young, wide-eyed admirer. On and off the page, he was simply that generous. I’ll always wish there’d been a next time. 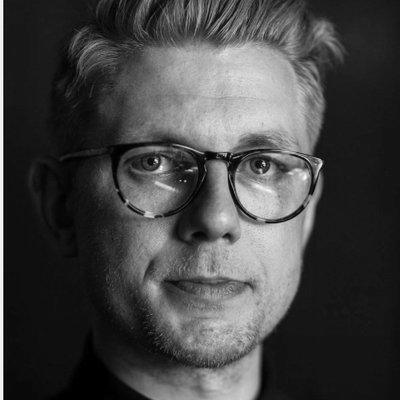