Podcasts
About Us
Privacy
Jean-Baptiste-Camille-Corot, “Orpheus Leading Eurydice from the Underworld” (Wikimedia Commons)
Hadestown on Broadway
Orpheus and the Wall
Leah Libresco Sargeant

Broadway’s latest smash is a vivid reimagining of the Orpheus myth for our own troubled times.

Hadestown is a show touched by divinity. A musician loses his about-to-be-wife and walks into the realm of Death to regain her. He succeeds at the epic part of his quest, winning over the adamant Lord of the Dead, but fails during the grinding, quotidian part. Orpheus is forbidden to look back at Eurydice as he leads her out of death, but his resolve fails him on the cusp of success.

This version of the story, ably directed by Rachel Chavkin and now the frontrunner of this year’s Tony Awards, is acutely aware it is a retelling—and not just of the original myth. Songwriter Anaïs Mitchell developed Hadestown first as a song cycle, then as an off-Broadway staging, and finally as a full Broadway production. The set (by Rachel Hauck) echoes the theme of cycles, placing the actors on a small stage, but one fitted with three concentric turntables.

A story of gods and men requires magic, and the show achieves its moments of transcendence by hanging onto a scrappy, small-budget sensibility, with an admirable restraint that is sometimes lacking in Broadway transfers. In “Wedding Song,” for instance, when Eurydice is won over by Orpheus’s courtship, his singing animates the set. There’s no wirework (which must be a relief to the actor playing Orpheus, Reeve Carney, previously star of the perilous Spider-Man: Turn Off the Dark). Instead, the five-person chorus moves tables and hoists chairs, giving shape to Orpheus’s promise that, despite his poverty, “The trees are gonna lay the wedding table.”

In another show, this might be part of the heightened tone of theater, unremarkable as the act of singing is in musicals. Orpheus seems to experience it that way, but Eurydice (Eva Noblezada) clearly experiences it as diegetic action. She turns in confusion to see the usually invisible extras and takes in Orpheus with new eyes. There is a real magic to his song, and the cynical Eurydice, focused purely on survival, begins to consider there might be something more to the world.

The gods have their power established through similarly simple effects. When Hades (Patrick Page) delivers his first lines, his subbasement basso profundo feels like a trick. Nearly every subsequent time he opens his mouth, the audience stopped breathing for a moment, awed.

To match him, Orpheus has an implausible falsetto in his signature song (“Epic”). The first time Carney arced into his high melody, I leaned forward, staring at his mouth, trying to figure out if he was still carrying the tune or if it had been passed off to another member of the cast. It was Carney every time.

His voice, in that register, is unearthly, not lovely. Orpheus hasn’t written this tune, he’s remembered it, and as he performs, it seems like something is singing through him. He isn’t a songwriter, it turns out, but he might be the last person who can hear this song—the original love song of Hades and Persephone, one that the lovers themselves have lost the tune of.

Hermes, the messenger-god who serves as narrator, warns us that “When the gods are having a fight, everybody else better hold on tight.” The world that Orpheus and Eurydice inhabit is wounded and weakened by the faltering love between Hades and Persephone. (This production does not frame Hades’s initial courtship as an abduction or rape, as many versions of the myth do.) The further away from each other they draw, the more the seasons are disordered: summers hot and scorching, winters freezing and famished. Like Oberon and Titania, Hades and Persephone can say, “This same progeny of evils comes from our debate, from our dissension. We are their parents and original.”

The gods themselves are distorted by their division. Hades is the obvious villain—the antagonist to Orpheus, the instigator of Eurydice’s death—but Amber Gray is galvanizing as an embittered Persephone. She has a furious energy to her dancing that convincingly conveys the power of a Greek god—attracting their attention, even favorably, is perilous. While her sepulchral husband turns to cold machinery and automation, she is riotous growth gone to rot, the stickiness of over-ripened grapes.

Everything is tainted by the broken relationship among the gods. The Fates (a stellar trio of Jewelle Blackman, Yvette Gonzalez-Nacer, and Kay Trinidad) buzz and swirl around the characters, and are so cruel that I kept getting mixed up and referring to them as the Furies when my husband and I discussed the show. He pointed out I was being unfair to the Furies—those creatures harried only the guilty, but here the Fates bedevil everyone. When Hermes introduces them, he warns the audience that they are “always singing in the back of your mind,” and, before the show is over, even Hades hears them giving voice to his fear.

So, if there’s something rotten in the state of Hadestown, what is it?

The show can be stretched to fit a number of narratives. Hades’s big song “Why We Build the Wall” invites Trumpian parallels (“The wall keeps out the enemy / And we build the wall to keep us free,” the chorus sings.) But the song long predates Trump’s catchphrase, and calling Hades a Trumpian figure is too generous to Trump. If anything, he aspires to be a Hadesian one.

The living who flee the natural evil of droughts and find themselves ensnared by the willed evil of Hades’s rapacious industrialism call to mind the migration from the Dust Bowl to the Rust Belt. The seasons in revolt might be climate change; the Fates undermining our will with their whispers could be depression. The show is too multifarious to be viewed as offering a single analogy. It will connect powerfully with people who see their own different stories reflected back at them, but the broadness weakens the ending a little—no one conclusion could resolve all these stories.

When Orpheus stands before Hades, he plays the king his own love song, recovered at last, and the world is…if not quite saved, then at least shored up. Touched by the music, Hades and Persephone aren’t fully reconciled, but they are willing to try. And in their renewal, there is a restoration of the world.

Hades tempted Eurydice into death by offering her Lethe’s oblivion as a solution to the difficulties of life. The residents of Hadestown recite his promises in “Chant II:” “He said he’d shelter us. He said he’d harbor me.” The gods have forgotten who they are, too. In Hadestown the goodness of being is a truth we have trouble remembering, a song we lose the beat of.

When Orpheus reminds them, he gives them the chance to recollect themselves. But Hades has only begun the process of healing, and he offers only a chance of mercy to Orpheus. He must make the journey back without certainty that Eurydice is following, without any guarantee that she will keep faith that life is worth living.

In the final moments of suspense, even knowing the original story, I watched with bated breath, waiting to see if the production was willing for Orpheus to fail. For him to turn back is predictable. To evade the ending is cheap. But the show has told us at the beginning (and will remind us at the end) that this is an old song, a sad song, and that “we’re going to sing it anyway.” But, in the conclusion, Hermes and the chorus admit that, even knowing and performing every night, they “begin to sing it again as if it might turn out this time.”

And for a moment, it’s imaginable that it could. That one day the marquee will be dark and the show will have suddenly closed, with the actors as surprised as the ticket holders for future performances, only able to offer in explanation, “Last night, he made it.” 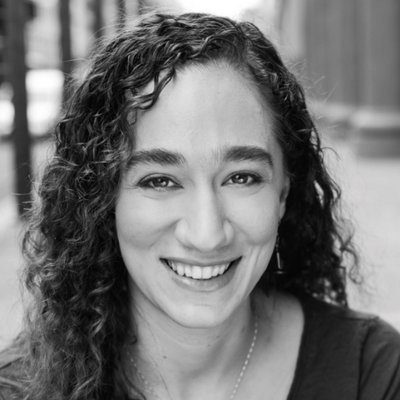