Podcasts
About Us
Privacy
Frederick Walker, “The Wayfarers” (1868)
Whose Europe?
The Eastern Blind Spot in German Leadership
Iulia-Sabina Joja

How young democracies may find themselves stuck between Berlin and Moscow.

“To exclude Russia is the wrong strategic signal” Chancellor Merkel said as she defended the Nord Stream 2 project at the recent Munich Security Conference. As I watched her from my vantage in Berlin, it dawned on me that the controversial project marks an inflection point for European security. For years the world has urged Germany to become “normalized.” Perhaps Berlin’s position on the pipeline is what this looks like.

As a Romanian growing up between Germany and Romania, I have a kind of split-screen vision when it comes to Transatlantic security. I grew up between “deep” Southern Germany in Freiburg and Ulm and transitioning Bucharest and learned to embrace both German and Romanian cultures as part of my identity. I spent my formative undergrad years studying political science and international relations at the American-founded West Berlin Free University and as an exchange student in Bucharest. I currently work here in Berlin at a research center of the German military, where I focus as a post-doc fellow on Germany’s strategic culture and its impact on the European level.

My split-screen view—from the vantage of both Berlin and Bucharest—thus makes me see Nord Stream 2 as a litmus test for Germany’s commitment to European security. Berlin finds itself pulled in mutually exclusive directions by various Transatlantic actors, with Eastern Europe and the United States opposing it and German voters and the business community for it.

At the Munich Consensus of 2014, German leaders made a collective promise to step up Germany’s leadership role in European security. It was a watershed moment and not just in terms of rhetoric; Chancellor Merkel has led and held together a European consensus against Russian aggression in Ukraine. Yet five years after Crimea, the international context has radically changed, and the very fabric of Western policy has been called into question. Germany has struggled to hold the line on sanctions against Russia in the face of opposition from EU members like Hungary and Italy, and voices from Austria, Cyprus, Bulgaria, Greece, Spain, and the Czech Republic. Meanwhile, the strategic community here in Berlin voices increasingly loud complaints regarding the mounting pressure it feels from all sides: from Republicans dismayed by Europe’s persistent reluctance to invest in hard security, and from Western Europeans fed up with the cajoling and impulsive behavior from the White House.

Having worked over the last six months exclusively on German security policy, I can discern a pattern: Berlin, as the reluctant European leader, finds itself in the middle of a re-arrangement of Transatlantic relations without a clear strategy; it seems to tactically approach each security issue. Germany has ambitions to beef up European security in the context of the European Union, but it needs to find a way to do so that placates everyone: Republicans, ambitious French, Brexiting Brits, and increasingly dissatisfied Central and Eastern Europeans.

In the wake of American retrenchment from Europe and Brexit, Berlin, together with Paris, is trying to revitalize the security and defense dimension of the European Union. The 2018 coalition agreement reflects its focus on the EU to the detriment of NATO. Two entire pages are dedicated to Germany’s vision for EU security consolidation, while NATO—along with the feeble Organization for Security and Cooperation in Europe—gets two paragraphs. From an Eastern European perspective, this is alarming.

Called the “European Defense Union,” the new Paris-Berlin initiative within the framework of the Common Foreign and Security Policy remains, despite lengthy speeches by European leaders, an abstract notion. Does the idea imply a “European Army,” or an “Army for the Europeans?” Who should lead it? Who should its soldiers be? How should the project link up with the 34 new common European military capability projects, which not all EU member states have chosen to participate in? Even as someone who focuses her work on these issues, I have no answer to these questions.

Looking at this tangled morass of European security efforts, two issues arise. On the first there is broad consensus: Europe needs to bolster its security and become less dependent on Washington. On the second issue, however, there is profound disagreement: How do we define European security in the first place? Viewed from outside Europe, the answer seems simple: keep the continent at peace. But viewed within Europe, there’s no simple answer to that question that suits everyone. The East has a radically different answer than the West.

Here in Germany, strategic voices insist Europe should speak “with one voice,” and the majority of Europeans agree in principle with that statement. But if Berlin wants to be the lead singer in the choir of European security, it has to address the broad array of Europeans’ security concerns. After Russia invaded Georgia in 2008, Western leaders dismissed East European worries about Russia as Cold War relics. And again in 2014, when Russia invaded Ukraine, Brussels struggled in vain to get Europe speaking with one voice. Eastern Europeans feeling threatened by Russia had to conclude that the High Representative of the European Union was nowhere to be found during negotiations with Russia.

From my German perspective, the country’s Ostpolitik was a win: Chancellor Merkel managed to rally both German voters and Europe more broadly around several rounds of sanctions against Russia and spearheaded peace negotiations in Ukraine on Europe’s behalf. Yet from my Eastern vantage, Germany’s security contributions on Europe’s Eastern flank remain limited. Berlin sent a single battalion under NATO auspices to the Baltic countries and has no military presence whatsoever in the Black Sea, despite this area being the focal point of Russian-fueled conflicts. Furthermore, Berlin opposes both a stronger military defense on Europe’s Eastern flank, as well as arming Ukraine. Meanwhile, to the satisfaction of the Eastern flank, the United States has raised its funding for the European Deterrence Initiative from $3.4 billion to $5.6 billion in 2017 and has a comprehensive military presence across Europe’s Eastern flank.

At the same time, Germany also needs to turn its attention to Eastern Europe. Ten years after the creation of the first security strategy of the European Union in 2003, it was high time to issue a new one to take into account the radical changes to the European security environment, including the addition of ten new EU countries. While I was an adviser to the Romanian Presidential Administration, Romania partnered up with Poland in launching a process to create a new and much needed strategy with Eastern input. Germany showed no support for such a strategy. It was only in the context of Brexit that a new EU strategy was finally issued, which, though more pragmatic than the first one, still failed to address European security issues on the ground.

It certainly is a tricky endeavor to get 28 member states speaking with one voice on any state’s most sensitive policy issue, security. Though it runs the risk of gutting the effectiveness of EU foreign policy, no common ground is often better than a forced common ground. If Germany is to “assume greater responsibility” and lead European security, at times it will have to make room for its partners’ visions.

Take the Iraq war. Europe’s lesson from the Iraq intervention in 2003 should have been that the view adopted by Berlin and Paris was openly opposed by 19 other European countries, which backed the United States. But Europe instead pushed for consensus and issued an inaugural security strategy that was unrealistic and grasped at straws. When the United States recognized Jerusalem as Israel’s capital in 2017, EU members Slovakia, Hungary, Czech Republic, and Romania controversially considered following the U.S. lead, and three of them attempted to block an EU statement condemning Washington’s recognition. Germany, along with other EU members and the High Representative, also issued warnings to the White House about moving the U.S. Embassy to Jerusalem. Despite the fact that there was no European consensus on the Jerusalem issue, the European Union’s High Representative issued a statement stressing that all EU member states condemned U.S. policy.

This wasn’t the last time EU member states were pushed into a foreign policy position they were reluctant to assume because of their strategic partnership with the United States. In the wake of Vice President Pence’s pressure campaign on the European Union to withdraw from the Iran deal, European officials have accused the United States of “trying to break up Europe.” Meanwhile, Eastern flank countries Poland and Romania have signaled their ambivalence toward the deal and have stressed their intent to find “common ground” with Washington. Pushing Europeans to speak with one voice its members don’t share will only generate further fault lines among them.

At the Munich Security Conference Merkel said: “The times today are not so much worse [than they were in the Cold War] for Russia not to remain a partner. . . . We do not want to make Russia entirely dependent on China. It is not in our European interest.” Sitting in the first row, listening to Merkel and perhaps wondering which “we” and whose “European interest” she meant, were the Presidents of both Ukraine and Romania, neither of whom applauded this statement.

From their vantage and that of other East European states, far from being a partner Russia has been their premier security threat—one that has repeatedly used gas as a political weapon and restricted fuel flows through Ukraine. Nord Stream 2 threatens an already fragile security situation in Ukraine and Poland; with the pipeline, Kiev and to a lesser extent Warsaw would receive less transit income and would have their geopolitical leverage as transit countries reduced. As for broader European interests, the pipeline also makes no sense. There is no risk of a gas shortage in the foreseeable future, and in fact the pipeline undermines the primary goal of European energy strategy: supply diversification. Berlin’s insistence on Nord Stream 2 also complicates Europe’s relationship with the United States. Moreover, it is showing us a side of Germany we are unaccustomed to: one that puts national economic interests before European security.

When Germany’s Transatlantic allies and partners argued for years for Berlin to “normalize,” what they had in mind was that it would match its outsized economic power with a greater leadership role in European security, broadly speaking. What they’ve discovered is that Berlin has a sizable blind spot when it looks east. 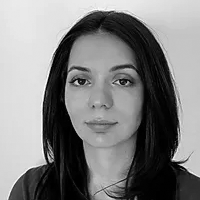