The inquiries into one scandal-ridden Estonian bank branch reveal the deep failures of post-financial crisis governance—and the serious risks that money laundering poses to the financial system.

With four separate investigations now underway, UK, U.S., EU, and Danish investigators are all peering into the murky dealings of the Estonian branch of Danske Bank, headquartered in Copenhagen. Over the course of a nine-year period beginning in 2007, the bank is suspected to have served as a key link in transferring more than $225 billion from Russia to London and other leading Western capital market centers.

The scale of the unlawful flows that passed through Danske Bank is without precedent. But the scandal rocking the bank is only a microcosm of a wider problem, and a deeper failure of post-financial crisis governance.

A central goal of European and American banking reforms following the financial crisis was to significantly improve banking risk management, through regulatory reforms and internal strengthening of compliance systems. But the unprecedented scale of malfeasance at major global banks since then demonstrates that this effort has been woefully inadequate. Across the globe, banks have faced record-high fines for corruption, money laundering, interest rate manipulation, and fraud.

In the case of Danske Bank, the names of the original individuals and organizations believed to have engineered the illicit flows of cash from Russia and Azerbaijan are still unknown. So, too, are the beneficial owners of the UK-based companies registered in various Caribbean islands that accepted the funds.

Danske Bank and other similar banks with branches in the Baltic countries are surely undertaking a full review of their compliance approaches and controls. But they need to go far beyond technical reviews to question the core culture of their institutions and the failure of their boards of directors to vigilantly ensure management oversight.

Perhaps the findings of official investigations will wake up the sleepy bankers in their board rooms. If that happens, and if it precipitates real change in how banking risk is managed and compliance ensured, we may have the British to thank.

Of all the ongoing investigations into Danske Bank, the British approach may be both the most original and productive. The British National Crime Agency (NCA) and its newly established affiliate, The National Economic Crime Centre (NECC), are now concentrating their efforts on cash coming from Azerbaijan. This appears to be a plan to go after what may be the single largest set of money laundering schemes in history.

The British were first alerted to substantial inflows of Azerbaijani cash into the United Kingdom well before the full scale of Danske Bank’s dealings became known. In 2017, a group of journalists from countries including Germany, Switzerland, Russia, France, the Czech Republic, the Baltic states, the United Kingdom, and the United States released a series of reports on what they called the “Azerbaijani Laundromat.” Working with the Organized Crime and Corruption Reporting Project (OCCRP), they uncovered “a complex money-laundering operation and slush fund that handled $2.9 billion over a two-year period through four shell companies registered in the UK.”

To combat such activities, the UK authorities are now using a new tool: Unexplained Wealth Orders (UWOs), which were created under the British Criminal Act of 2017 and have been effective since the start of 2018. In a series of court decisions, three UWOs have been brought against Mrs. Zamira Hajiyeva from Baku, Azerbaijan, who lives in London. The UWOs call on her to explain how she was able to raise the funds to own two UK properties valued at over $28 million, as well as jewelry valued at over $500,000 that the NCA impounded from Christie’s auction house.

Mrs. Hajiyeva is the wife of Jahangir Hajiyev, who from 2001 until 2015 was chair of the International Bank of Azerbaijan. For many years, he was very close to his country’s all-powerful first family: President Ilham Aliyev and his wife Mehriban Aliyeva, who also serves as Vice President. But Hajijyev must have displeased them, perhaps taking too much of their cash; he was jailed for 15 years in 2016 and is now facing further charges.

Mrs. Hajiyeva lives in a mansion a three minutes’ walk from the Harrods department store in London where, according to NCA documents, she spent around $21 million over several years. London was a logical second home for the family as the International Bank of Azerbaijan had many dealings in the United Kingdom and its affairs clearly interest the NCA.

But the British are not the only ones to be interested. In mid-October, members of the Council of Europe Assembly signed a joint motion decrying Baku’s inaction in face of the allegations. “One year since the Laundromat investigation exposed Azerbaijan’s multi-billion scheme to carry influence, pay lobbyists, and to launder cash,” they wrote, “nothing has changed in Azerbaijan. No criminal investigation has been launched; no one held accountable.”

Members of the Council have not only expressed concern about the alleged money laundering, but also about reports that significant sums have been spent to hire consultants and politicians in Western countries to polish the reputation of the Azerbaijani regime and thereby deflect attention from the allegations. The Council also noted concern about Merhman Huseynov, a “famous blogger and human rights defender. . . [who] is serving a two-year sentence in an Azerbaijani prison on made up defamation charges. His family has been subjected to pressure which resulted in the death of Huseynov’s mother on 6 August 2018.”

Journalists like Huseynov who investigate alleged corruption and money laundering face extreme risks. He is just one of 14 courageous Azerbaijani journalists who are in prison in their home country. Between March 2005 and March 2018, the following reporters have been killed in Azerbaijan with no official investigations into their deaths: Elmar Husenov, Alim Kazimli, Novruzali Mammadov, Rafig Tagi, Rasim Aliyev, Memman Galandarov, and most recently, Eyyub Karimov.

The NCA’s decision to investigate issues arising from both the “laundromat” reporting and the disclosures of vast alleged money-laundering through Danske Bank will hopefully turn an international spotlight on such courageous reporters, who are running serious risks as they strive to secure transparency into vast cross-border financial transactions.

The Danske Bank scandal underscores the intense complexity of global money laundering systems today, the repeated failures of internationally active banks to be sufficiently diligent in their risk management practices, and the formidable risks that journalists take as they seek to investigate the dark money trails.

Forceful UK action could possibly involve prosecutions and serve as a warning to kleptocrats worldwide that the risks of using the country as a major base to invest their stolen assets are finally rising. The fact is that current practices will continue so long as there are no prosecutions of leading money launderers and top bankers. In the United States, after all, not a single chairman or chief executive officer of a global bank has faced criminal charges over the last ten years, despite multiple investigations by the FBI and U.S. Justice Department that ended with settlements involving multi-billion dollar fines.

Cultural reforms in the boardrooms of banks are equally important. So long as board directors provide major bonuses to senior executives on the basis of short-term profit results, banking cultures that place making money above sound ethics and concern for their public reputation will persist.

That kind of culture, which evidently held sway at Danske Bank, pervades many non-bank institutions too. It can be seen in the leading international financial centers that aid and abet the money launderers, be they crooked international businessmen or corrupt politicians. The enabling armies of lawyers, accountants, real estate brokers, consultants and major auction houses that conspire with international crooks to find ways to establish secretive offshore holding companies, transfer illicit funds from one country to another, and ensure these funds are soundly invested are as much at fault as the bankers and their inefficient regulators.

Exposing and combatting such enablers will be difficult, but the stakes are very high. For one, the scale of international money laundering appears to be rising, as the huge sums that passed through Danske Bank illustrate. Unless illicit cross-border flows of finance are curbed, the stability of the international financial system will itself be placed at risk.

Second, time and again these scandals are exposed by whistleblowers and investigative journalists. Their invaluable work demands great courage, and the risks they face are rising. Members of the Council of the European Assembly and other legislative bodies have at times sought to sound the alarm bell and pass measures to protect journalists. But such efforts are both too few and too weak. From Mexico to Turkey, from Egypt to Azerbaijan, journalists the world over are being jailed for investigating grand corruption.

Those who long for a more accountable, transparent financial order should cheer on the inquiries into Danske Bank. A thorough reckoning with the bank’s transgressions—one that follows the money trail wherever it leads—could open the floodgates to further necessary investigations and eventual reform. The implications of the case are already enormous, but as one party involved recently put it, what we know now may just be the tip of the iceberg. 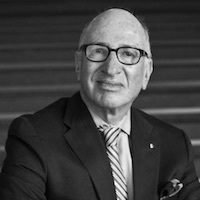