With the midterm elections behind us, the migrant caravan from Honduras has largely dropped off the national radar—mercifully for people like myself who, instinctively, rally to anyone attacked by our President. But the caravan still deserves careful attention. Not because of Trumpian tweets about Middle Eastern infiltrators; terrorists have no need to walk across Mexico. Nor does it deserve our attention just because the media imagery, of an unstoppable column marching to the U.S. border, prompted an AR-15 owner to massacre Jews in Pittsburgh. That’s an even more important story, but a different one. Rather, the caravan deserves our attention because it consists of who it claims to: Central Americans sufficiently desperate or adventurous to walk 1,500 miles to the U.S. border.

Why would as many as 7,000 Central Americans cross Mexico on foot? Why did as many as 1,500 do so six months ago, and why were three new caravans reported last week? The usual explanation, that Central Americans hope to escape violence and poverty in their own countries, is true enough. But the usual explanation overlooks a tragic paradox: What they hope to escape is the unintended result of previous migration north.

Something like 12 percent of the combined Salvadoran, Honduran, and Guatemalan population has already moved to the United States. Most did so by crossing the border surreptitiously or overstaying tourism visas. Their remittances to relatives are their countries’ largest source of foreign exchange. Dollars from the United States have become the lifeblood of millions of Central American households.

Perversely, this is lifeblood that sows discord like the dragon teeth of Greek mythology. When Cadmus sowed dragon teeth, warriors sprang from the furrows and fought each other to death. Nowadays in Central America, sending money to relatives has produced so much income insecurity and crime that it pushes even more people north.

Remittances usually get rave reviews. They go directly from wage-earners to relatives without being drained away by intermediaries, bureaucracies, and kleptocrats. But they replace wage-earners who live at home with wage-earners who live thousands of miles away, subject to all the tribulations of lower-class life. Worse, remitters only get to the United States by borrowing heavily, often from the same relatives who are supposed to benefit. Exactly who deserves to be repaid, and how much, becomes an issue. Even if conflict does not break out, extended family members are always looking on hungrily.

Yes, remittances boost consumption levels, but their flow is unreliable and the interruptions lead to deficits that deepen as time goes on, even in households that seem to prosper. Even generous remitters send less over time, as they develop new ambitions in the United States and new obligations, such as U.S.-born children. Back home, therefore, relatives who depend on remittances are usually under pressure to send more earners north.

Monetizing family ties and stretching them across continents is not, on close inspection, a reliable escalator out of poverty. Nor is borrowing large sums of money to move to the bottom of the U.S. labor market. Think of the impact that low service-sector wages have on working-class Americans—many work full-time without getting their chins above the poverty line. Now put Central Americans in the same position. Why should they be more successful?

Paying immigrants badly has exactly the same outcome as paying Americans badly—it drives them deeper into debt. What’s different are the specific ways they are trapped, and how they struggle to climb out. For low-wage Americans, access to bank credit makes it easy for the financial industry to bleed them. They run up balances on credit cards, pay penalties, become addicted to payday loans, and lose everything but their due dates.

Irregular immigrants have much less access to the financial industry, so how do they cope? One way is to bring up reinforcements from Central America—additional family members who become additional earners. However low each wage, these can be pooled to rent a crowded apartment. Any kids can be put in school, serious injuries can be taken to an emergency room, and any newborns will be U.S. citizens, who might qualify for certain benefits.

The losing battle reverberates back to Central America in the form of unmet financial needs which, cumulatively, can destabilize entire zones. Remittances, by pouring down on some but not all households, by stopping and starting unpredictably, can be thought of as a machine for producing relative deprivation. In neighborhoods where most households used to share a rough equality of means, non-recipients feel more deprived than they did before. Remittances become rumored treasure, prompting jealous neighbors to pretend to be gangsters, disguise their identity over cellphones, and demand extortion payments. Then there are the real gangs, and good luck figuring out who is who.

Gangs have thrived on migration for a long time; think of the Irish and the Sicilians in eastern U.S. cities. Since then, Los Angeles has become gang central in the United States. This is where the most homicidal network in Central America, Mara Salvatrucha (MS-13), began among Salvadoran youth in the 1980s. Then the U.S. government helped spread MS-13 by deporting members back to their birth countries.

But that’s not the sum of the problem, or even its origin: how could Salvadorans have arrived in the numbers they did without the sanctuary movement, which offered them refuge from the Salvadoran civil war? Unfortunately, sanctuary activists—the founders of today’s immigrant rights-movement—could not protect immigrants in low-income Los Angeles neighborhoods from Los Angeles gangs. That’s why Salvadoran youth started MS-13: to protect themselves. Even now, so-called “1.5 generation immigrants”—youth brought to the United States as children or teenagers—are especially vulnerable to gang recruitment, as a way of defending themselves from gang harassment.

In Central America, kids who join up are often kids who were abandoned by their parents, for reasons that include departure for the United States. Also consider that gangs are involved in Central American smuggling networks, that Mexican cartels enforce head taxes on smugglers approaching the U.S. border, and that smuggled humans can quickly become trafficked humans. The idea that Central Americans escape gangs in their own countries by fleeing through Mexico and reaching safety in the United States is, all in all, a bit of a stretch.

What about the migrant caravans now making their way across Mexico? The first to get international attention was launched from southern Mexico, this past Easter, by an advocacy group called Pueblo Sin Fronteras. People Without Borders regards border enforcement as an infringement of migrants’ rights to enter the United States. They also run a shelter, which is usually overflowing, so someone had the idea of organizing the overflow into a Migrants’ Way of the Cross.

The ritual of a Good Friday procession attracted lots of sympathetic media, which attracted lots of migrants and dissuaded the Mexican government from breaking up the show. Mexico has its own legal restrictions on Central American transients. Until now, the only safe way to get to the U.S. border has been to pay smugglers, also known as coyotes. If migrants don’t pay coyotes to bribe cops and cartels, the journey through Mexico becomes a gauntlet of robbers, rapists, and ransom-kidnappers. But coyotes charge high prices: as much as $13,000 to $14,000, depending on the kind of trip.

The caravans are an astonishing new way to get across Mexico that, if they are able to continue, could shake up the entire migration industry. Not only are they cheaper than coyotes; the caravan this past spring got a substantial number of its members into the United States with provisional legal status.

Of the 1,500 Central Americans who left southern Mexico in the Easter Caravan, according to the New York Times, 403 attained “credible fear” interviews with U.S. authorities. That is, they got the chance to explain why they were afraid to go home, and “more than 90 percent” persuaded a government interviewer that they had credible grounds. While only three migrants have won asylum and another 30 remain in detention, the majority have been released pending future court dates.

Eventually, the caravanners will have to persuade an immigration judge that they deserve asylum, that is, permanent residency with the opportunity to become a U.S. citizen. But the ever-lengthening backlog of immigration cases is approaching 800,000, with some hearings being scheduled out as far as 2023.

For an irregular immigrant, winning even provisional legal status in the United States is quite an accomplishment. Claiming credible fear now appears to be the easiest way to do it. In 2009 U.S. border officials processed 5,000 credible fear claims. Eight years later, from October 2017 through June 2018, U.S. border officials processed 73,283. They accepted 55,562, for an acceptance rate of 76 percent.

Whoever is leading the latest caravans has found an ingenious way to provoke President Trump’s thunderous rhetoric on border security, then outflank it. What remains to be seen is who this will ultimately serve. 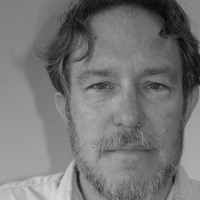