Two quirky comedies about death translate the gloom of French existentialism to the cheerier realm of American television.

When asked why she had chosen to wed Aristotle Onassis, Jackie O. reportedly told Truman Capote that “she couldn’t very well marry a dentist from New Jersey!” The opening montage of Forever, an Amazon Prime series starring Maya Rudolph and Fred Armisen, depicts the very normal life of Mrs. Onassis’s nightmares, down to the dentistry degree.

The real enemy in Forever, though, is not suburbia but sameness. As the show begins, we watch Rudolph’s June and Armisen’s Oscar meet, date, celebrate, and travel, all to Miles Davis’s “It Never Entered my Mind.” The sweetness fades, however, as a version of the same scene—Oscar presenting June with home-cooked fish he caught at their lake house—repeats itself again and again, year after year, as June’s smile becomes more and more forced. Oscar delights in the tradition, down to the little flourish with which he presents June’s meal, but June seems at first puzzled by Oscar’s lack of boredom, and later sadly resigned to it. For all his faults—an absence of vision beyond a well-run dental practice and an organized dishwasher, for one—Oscar is kind, and June tries to reciprocate.

For fans of the IFC sketch comedy Portlandia, which concluded its eighth and final season in March, Forever might feel like familiar territory. Armisen, who was a co-creator and co-star of Portlandia, played seemingly dozens of roles over the course of the series, including several variations on a kind of hyper-bourgeois, upper-middle-class atheist. But where Portlandia presented this type with fond contempt—we were meant to smile at the unworried, faddish Portlandians—Forever pulls back the curtain and lets us consider what their inner lives might really be like. June and Oscar still share some things, particularly a fondness for silly little games (June likes to ask Oscar amusing hypotheticals, such as the “best” way to sit or the “best” thing to do if one has an available half-hour). But where June looks at their child-free, crossword-playing, middlebrow existence and sees a sort of tedious abyss, Oscar takes comfort in their routine without wishing or understanding how to look at it with any philosophic distance.

Like NBC’s sitcom The Good Place, Forever quickly launches into an exploration of death. It also plays with the viewer’s perception of what will happen next. In the first episode, we assume a ski trip might somehow shake up the characters’ marriage, until Oscar crashes into a tree and dies. In the second episode, it seems that June is finally working through her grief over Oscar—she takes a chance on a new job, invests in a new wardrobe, and is on a plane to Hawaii for a work trip—when she, too, abruptly dies, by choking on a macadamia nut. In the third episode, their unexpected deaths behind them, June and Oscar find themselves stuck in a somewhat prettified version of their lives on earth. They become physically weak if they move too far from a fountain in the center of Riverside, the town they have somehow been assigned. To Oscar’s great joy, they can more or less pick up where they left off, albeit in a larger and better-furnished house (though, as he tells June, he would have preferred more information about their new digs, preferably via a brochure). Of course, this doesn’t satisfy June.

“Hell is—other people!” roared Garcin in Jean-Paul Sartre’s one-act play, No Exit. That cry is woven into both The Good Place and Forever, along with the optimistic suspicion that this sort of hell may be overcome. In No Exit, three strangers are stuck in a room—with notably distasteful “Second Empire” furniture—and politely condemned by a valet to spend eternity together. As Garcin comes to realize, they have been selected precisely for their ability to emotionally torture one another. The play also suggests that this torture is simply the consequence of being always awake and together with the same people—as Garcin put it, of “life without a break.”

The Good Place in particular seems like a cheerier American spinoff of the French existentialist’s tale. In the first season, four deceased strangers are unknowingly selected to make each other miserable in an experimental alternative to traditional torture methods. To the initial frustration of their demonic captor, however, they keep befriending and improving one another instead.

Forever’s vision of the afterlife resembles No Exit’s in a different way: Torment there, it seems, lies in mere unending repetition, “life without a break.” In an extended subplot on Forever, two characters named Andre and Sarah fall in love and begin an extramarital affair. When Sarah suggests they end it, Andre tells her that, at home, “everything is the same, day in and day out. With you, things are different.” Nevertheless, they eventually decide to part ways. Near the end of his life, after learning Sarah has died, Andre regrets that they “missed [their] chance.” As Andre grieves, June’s ghost looks soberly on. The message she takes, it seems, is that the couple sacrificed a meaningful life by remaining with their families and just keeping things the same.

Similarly, when June first arrives in the afterlife, she is horrified by Oscar’s explanation that people there “just kind of live.” “So this is it?” she asks in despair, “We just. . . .keep going? I mean, how long does this go on for?” Oscar sympathizes with her distress but is seemingly unbothered by her questions, and merely shrugs. They end up doing the same five things every day. To Oscar, the routine seems like its own religion, while to June it seems like death.

If this world is all there is, of course, then it could be heaven or hell, depending on one’s preferences. Oscar likes his house, his neighbors, and his shuffleboard court. As June mourns her situation, she asks Oscar what the point of “all this” is, to which he simply asks what the point “of the thing before this” was. He does not know or seem to care if there is a god. His nihilism is disciplined and conventional, that of a model citizen and unflinchingly loyal husband. He simply wants to proceed.

At a pivotal moment in No Exit, Garcin is given a chance to change his circumstances. After much pleading on his part, the door to the locked room swings open. Though it lets in a terrible heat, it also provides him with an opportunity to escape and find another kind of torture or perhaps something better. He shuts the door, choosing to remain with what he knows. In Forever, June is granted a similar opportunity, with lasting consequences.

Where The Good Place offers bold jokes, personalities, and colors, Forever is moody and muted. Both series take No Exit’s message and tweak it, and both present the afterlife as unnervingly similar to this life. But The Good Place operates within a clearer moral framework; NBC describes it as “a unique comedy about what makes a good person.” In Forever, notions of good and evil don’t appear as punchlines or even afterthoughts—they are seemingly not considered at all. Instead, there are reflections on poor or effective communication skills, healthy or unhealthy habits, positive or negative relationships. The only clear path to growth on Forever, it seems, is “trying new things.”

There is something to that, of course. As June identifies, stagnation and death can be related. But The Good Place offers a brighter line between good and evil, and a more appealing form of change. By the end of its first season, Forever seems like a fundamentally sadder show.

It is also something of a mysterious appetizer. The Good Place, for all its surprises, has an overarching goal that is consistent throughout: We are meant to root for the characters to become better people. Forever teases us with subtler questions. In these godless comedies about death, The Good Place distracts us from its subject matter with exaggerated personalities, loud humor, and general shininess. For better or worse, Forever lets more of a certain kind of real life into its atheistic exploration of mortality. 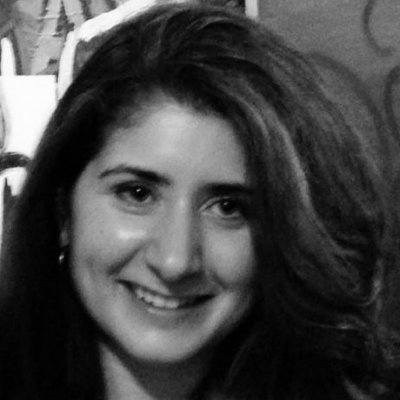