Podcasts
About Us
Privacy
Creative Commons CC0
Life of the Mind
To Think or Not to Think?
Mike St. Thomas

Alan Jacobs’s latest book is a guide for thinking seriously in an age of distraction—but it falls prey to the very kind of habits which he aims to counter.

How to Think: A Survival Guide for a World at Odds

“Thinking for yourself” is an anomaly.

Or so argues Alan Jacobs in his recent book How to Think: A Survival Guide for a World at Odds. “Thinking,” he argues, “is necessarily, thoroughly, and wonderfully social.” For Jacobs, a cultural critic and professor at Baylor University, thinking well involves navigating the often bumpy terrain of other people’s lives and ideas. We learn through dialogue, and we begin to think as individuals only in relation to the communities which shape us. The Greeks had a word for this process, paideia, and in their view each citizen, educated in this way, distills the habits and vision of the entire community.

What happens to individuals raised not on books and conversation but on an unholy amalgam of YouTube videos, Snapchat streaks, and clickbait? What happens to good thinking when a community threatens every moment to splinter into a thousand shouting tribes? Attempting to make sense of it all often seems like so much wandering in a dark wilderness. Jacobs’s tidy book, as portable as a field manual and only 157 pages long, attempts to lead us out of the briars.

As an academic and a Christian (he is Anglican), Jacobs is uniquely positioned to bridge the gap between some of the most entrenched tribes in our country. He has consciously chosen a modern and diverse range of thinkers to include in this book. Hipsters and evangelicals alike will recognize the cast of How to Think: We encounter Megan Phelps-Roper, whose public departure from the Westboro Baptist Church in 2012 landed her spots on NPR, the New York Times, and, eventually, a TED talk. Shortly thereafter we hear from Roger Scruton, the Anglican intellectual steeped in the classical tradition whose writing often appears in culturally conservative journals. Young Catholic convert and writer Leah Libresco makes an appearance, as do Ta-Nehisi Coates and Ursula K. LeGuin. And this is just in the first two chapters of the book.

The problem with our thinking, Jacob argues, is not a problem of overcoming our biases, as some critics would have it, but of overcoming our discomfort. Thinking deeply exhausts us, and we instinctively avoid considering ideas that might complicate our lives and our relationships. “The person who wants to think,” Jacobs claims, “will have to practice patience and master fear.” He cites Marilynne Robinson to explain the agita of our frantic life in the cloud, which accelerates our “hypertrophic instinct for consensus.” We are hard-wired to be clannish, and our online habits exacerbate these penchants—for inclusion, for status, for affirmation—and strengthen their hold on us.

Jacobs coins several terms to explain how this works. Whenever we hear something we disagree with we are tempted to enter “Refutation Mode,” in which we stop listening because we have determined that “no further information or reflection is required” on that subject. He draws our attention to what he calls the “RCO,” short for “Repugnant Cultural Other.” This phenomenon is so familiar to us as to be instinctive—Evangelical Christians are the RCO of secular academics and vice versa—and life online has enabled RCOs to shout at each other “from two rooms away.” Other mental gymnastics include “lumping” and “splitting” people and ideas into “Instant Taxonomies,” and “in-other-wordsing” our RCO’s statements into reductive parodies that suit our purposes. Jacobs quotes psychologist Jonathan Haidt to argue that our tribes function as “moral matrices” that “bind people together and blind them to the coherence, or even existence, of other matrices.” Altogether, our instincts and our habits work to ensure that good thinking remains difficult.

As the above paragraph makes clear, Jacobs loads the reader with a great deal of verbal luggage throughout the book. Keeping track of all of his terms and phrases can be exhausting. He uses many more than those already mentioned, and they don’t seem to fall into any logical sequence. Different terms do the same work. We have “system 1” and “system 2,” which explain the distinction between “intuitive thinking” and “conscious reflection,” only to learn that another metaphorical pair, “the elephant” and “the rider,” serves the same purpose. Jacobs explains them in the book’s introduction, only to forget about them for 70 pages, when he picks them up for a few sentences and then abandons them once more.

The many figures Jacobs chooses to illustrate his points also clutter the pages unnecessarily. Marilynne Robinson and Megan Phelps-Roper give way to Malcolm Gladwell, David Foster Wallace, George Orwell, C. S. Lewis, G. K. Chesterton, Henry James, Eric Hoffer, and countless others. Granted, Jacobs aims to cast a wide net—most readers will find someone whom they claim as a member of their own tribe—but the sheer volume of thinkers he includes leaves him unable to address their ideas for longer than a paragraph or two. The fact that the book is even readable is a testament to Jacobs’s felicity of language. He writes well, and clearly, but, to steal a metaphor from Orwell’s “Politics and the English Language,” his accumulation of names and phrases and examples “chokes him like tea leaves blocking a sink.”

Good advice can still be found among the clutter. One of Jacobs’s most successful examples involves what debating societies call “breaking on the floor,” which happens when one debater changes his mind in the middle of the debate, won over by the argument of his opponent. Jacobs, following the Yale Political Union’s lead, praises not the debater who breaks his opponent but the one who himself is broken, as it indicates a healthy intellectual humility and a “willingness not just to accept but to live out the values of the community.”

Good thinking requires patience. As David Foster Wallace knew, it requires sticking with one thought for a long enough time to encounter boredom and breakthrough. It requires “waiting five minutes,” as Jacobs points out, quoting Jason Fried, a popular entrepreneur and blogger. Slow thinking is foreign to online communication, and Jacobs himself describes some of the online habits he has changed in hopes of preserving his intellect (and his reputation): creating a private Twitter account (though he still maintains his public one) and cutting out his habit of posting on Anglican blogs. Since the book is intended as a “survival guide” addressing the problems of our online lives, readers may long for more of this kind of practical advice for how to sustain the life of the mind while navigating the cloud.

How much should a book on good thinking actually engage its readers in the process of good thinking itself? The structure of Jacobs’s book encourages the very distraction that he critiques. Keyword-like phrases litter each page and the narrative jumps quickly, and rather randomly, from one example to the next. The experience of reading Jacobs’s book is not that far removed from toggling among browser tabs, flitting from TED Talks to podcasts to blog posts in random fashion, stumbling upon a few good insights but following no clear path. Perhaps this is intentional on Jacobs’s part, his attempt to reach an internet-addled audience bred to expect a new, glittering thing on every page. If so, however, his effort to cut through the noise comes dangerously close to getting lost in it. He tacks on a “thinking person’s checklist,” but it feels less like an afterword and more like an afterthought.

This doesn’t render Jacob’s book a failure. Even if it doesn’t demonstrate the habits of good thinking, How to Think identifies them with uncanny accuracy. Thinking well means thinking slowly, patiently, and humbly. Above all, as Jacobs points out, it amounts to a proper “orientation of the will” (emphasis in original). This is advice our age desperately needs to hear—as my own experience in the classroom attests.

I have spent the past ten years teaching English literature to high schoolers, a period which has coincided almost exactly with the proliferation of the smartphone. My students are eager to learn and a joy to teach, but through no fault of their own they have been raised on the intellectual equivalent of a soda-and-candy diet. When it comes to literature, they expect the instant answers found in online guides like SparkNotes, not the difficult work of arguing for a certain interpretation of Hamlet. In class discussion their first instinct is to recoil from uncertainty. They are habituated to searching in the frictionless cloud, not in the dark woods of the self. More than anything, they need to heed Jacobs’s advice to “practice patience and master fear.” If they do, they will find that they, like the rest of us, are made for the kind of searching modeled by Socrates, Dante, and other great minds of the past.

I want to give them this book, but I’m torn. How to Think is helpful, insofar as it serves as a gateway to real thinking and can lead us out of our distraction in search of something that requires more patience to digest, perhaps to the writing of a Lewis or Orwell or Foster Wallace. If not, though, How to Think will prove as ephemeral as a blog post, a blip in the morning newsfeed—a symptom of the age of distraction rather than an antidote to it. 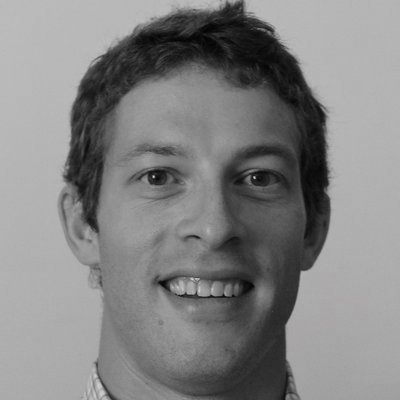