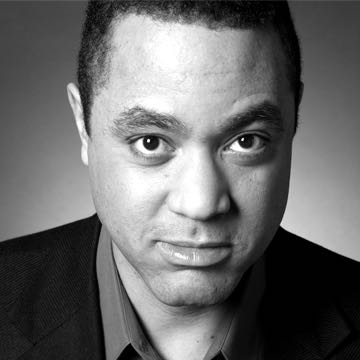 The President’s language usage reflects less how we will use language than ways that we actually already do.

A linguist such as myself is often asked whether Donald Trump’s way of speaking will have an effect on American English of the future. Because American Presidents are seen as standard-bearers and Donald Trump is one of the most flagrantly inarticulate men ever to occupy the office, it is natural to wonder. Many Presidents resonate in our memory with fondly remembered sonorous phrases — “Nothing to fear but fear itself,” “Ask not what your country can do for you” — while Trump gives us “Sad!”, “No collusion!”, “covfefe,” and other assorted helpings of verbal coleslaw.

The truth is that we need not worry that this man will become a linguistic role model. Trump’s language usage reflects less how we will use language than ways that we actually already do.

Indeed, however, we need not worry that any Americans are taking their oratorical cues from Trump in any meaningful sense. Linguists have documented that there are ways of speaking which become, whether justified or not, so stigmatized that people cringe from imitating them. That is, linguistic traits do not exert influence merely by dint of their prominence: They can not only inspire imitation but revulsion.

For example, before the Second World War New Yorkers of all classes often had an “r-less” dialect, leaving off r’s from the ends of syllables. Hence Franklin Roosevelt’s “fe-ah” for fear and Jackie Gleason’s Ralph Kramden pronouncing Norton as “Naw-uh-ton.” After the war, perhaps because enlistment had brought people from all areas of the country into contact, this r-less pronunciation became an object of ridicule. It has been in rapid retreat ever since.

In the same way, Trump’s bed-head style of speaking and tweeting will inspire no future aspirants to high office. If anything, he will serve as something to model against, like an unkempt suburban lawn or underheated lasagna. Trump-style talkers have always been among us, doing no harm and even providing a degree of hygge: the fondly remembered trash-talking camp counselor, one of your favorite old bartenders, that Jack-and-Coke-sipping great uncle who livens up family gatherings. What is unusual now is that such a type is occupying the Oval Office. It shall pass, and the chances that the next occupant of the Oval Office will talk like Trump, regardless of party, are next to nil.

There are indeed things that Trump teaches us about the future of American English, but they are less obvious than the fantastical notion of Trumpese becoming America’s preferred medium of public address.

For example, many consider colloquial sprinkles of like a sign of grammatical devolution among the young folks. However, in America of the future, people on walkers, too, will be using like virtually as punctuation—and Trump is one way we can know it.

Trump’s use of like in one of his better-known tweets is indicative: “My two greatest assets have been mental stability and being, like, really smart.” Most of us marveled that a President of the United States would express himself with a usage of like most readily associated with teenagers. Yet the colloquial like can no longer be classified as a quirk of youth. It has infiltrated American English ever more since the 1970s and is now used liberally by quite a few people now graying at the temples and beyond. Trump, despite his dye job, is one of them: His usage of like in the tweet is quite authentic.

Crucially, using the colloquial like idiomatically is complex and subtle enough to have inspired dissertations and a book. In other words, like most of language, the colloquial like is used subconsciously, and Trump, in his twenties in the 1970s, internalized it as natively as legions of young people did at the time.

Trump is hardly unusual among septuagenarians in using the colloquial like today, even if not as liberally as teenagers and twenty-somethings. However, people a generation below him already often use it more than he does, and today’s twenty-somethings will be graying parents in 20 years. Neither parenthood nor mortgages transform how we speak casually. Like has become a part of colloquial English, like it or not, and Trump’s using it in a tweet, even at his age, was less a goofy aberration than a harbinger of the future.

Even Trump’s casual approach to communication in general, while markedly heedless in the comparative sense, is less exotic in its essence than many suppose. Casual speech has occupied an ever larger space in the American public forum since the 1960s: We shed interest in the old-school formality of the “public address” along with fedoras, girdles, salad forks, and dances with set steps. It isn’t an accident that what were once called speeches are now called talks.

Trump’s Twitter-holism, then, is predictable from someone who grew up after the era of the “speech” and doesn’t read. Twitter is a way of communicating with the public minus the effort of crafting oratory. It is writing in a mechanical sense, but its brevity and instantaneous reach parallel casual speech. The notorious “covfefe” mistake nicely reveals the essence. The context shows that Trump was almost certainly trying to write “coverage,” and a look at the keyboard reveals that his fingers simply slipped northwestward a tad and then settled down for a bit. That is, Trump fell asleep while tweeting—and yet was comfortable communicating with the world in such a groggy state in the first place. He was, in other words, just “talking.”

Heedless? Yes—but hardly otherworldly in an America that has cherished talking over speaking to the extent that part of what kept Mitt Romney from the White House may have been that he wasn’t chatty enough.

It is the content of Trump’s utterances that may create actual change in how America uses language. Trump’s all but unvarnished sexism, racism, and xenophobia, and how much they appall so many, are helping to focus another change that has long been ongoing in American English: a reclassification of what constitutes profanity.

Technically, we are taught that certain “four-letter” words relating to religious concepts, bodily functions, and sex are “profane.” However, in terms of how freely most modern Americans of all classes use these words today, they qualify more as what we might call salty. We treat them as profane only in shielding children from them—but for reasons ever more abstract, given that the media will marinate our children in such words from their early adolescence onward and few of us could honestly say we consider it a tragedy.

Rather, what a Martian anthropologist would immediately classify as our profanity is slurs against groups. Today’s profane words begin with, respectively, n referring to black people, f referring to gay men, and in its abusive usages, b referring to women as well as another word beginning with c. These are the words we shudder to imagine our children using even as adults, that many of us prefer not to utter ourselves even in quotation marks, and whose usage can get a person fired. That is, these words are profane to us in the sense that f— was to Scribners editor Maxwell Perkins in the 1920s when, discussing a Hemingway manuscript, he could only bring himself to communicate the word via putting it in writing.

This revolution in what constitutes true profanity was in motion before Trump became President. However, as his shameless disdain for those unlike him has helped spark the #MeToo movement, likely helped focus attention on the racism-focused film Get Out, and reinforces the vigor (and even excesses) of today’s campus revolts against various forms of discrimination, our sense of discriminatory language as uniquely offensive and subject to censure crystallizes ever further.

One way we see this is in cases in which many cannot help perceive a certain excess. Shortly before Trump’s election, Good Morning America host Amy Robach spent a week on the Twitter griddle for a speech error in which she referred to “colored people” rather than “people of color.” Yet while “colored people” is antique, few would consider it a slur. More recently, a student objected to Columbia University political scientist Todd Gitlin’s use of the term “Negro” when discussing the civil rights movement of the 1950s and 1960s—again, many would be hard pressed to see him as having levelled an offense.

This oversensitivity is symptomatic of something larger and more urgent, a heightened sense of discrimination as uniquely unpardonable. In this, Trump is having more of an effect on language usage than any possible repercussions of “covfefe.”

Grammatically, then, we all often express ourselves more like Trump than we often realize. Of course, the tribalist content of his utterances is hardly unknown among the populace, either. But there thrives a critical mass of Americans for whom Trump’s messages will serve as a spark for seeking more civilized ways of speaking and thinking. In this, the language of Trump may ironically have progressive results.