With the opposition leader declaring himself “People’s President” and the authorities clamping down, Kenya’s already troubled democracy is poised for a serious stress test.

On Tuesday afternoon, Raila Odinga, the portly and morose torch-bearer of Kenyan opposition politics, made history. In front of an audience of thousands of supporters in Nairobi’s Uhuru Park, the leader of the National Super Alliance (NASA) opposition coalition and longtime rival of the Kenyatta political dynasty was sworn in as president. It was the culmination of his life’s work, he told his audience, describing “a high calling to assume the office of the people’s president of the Republic of Kenya.”

The only problem is that the actual President of Kenya had already been sworn in last November. Uhuru Kenyatta, Odinga’s political arch nemesis, began his second term that month after winning a widely boycotted October election—itself a rerun of a highly suspect August election which Kenyatta had won before seeing his victory overturned in a historic Supreme Court ruling. Ridiculous as it may seem, Tuesday’s ceremony was neither a farce, nor the opening shots of a civil war—or, at least, we should hope not. An exercise in assuaging Odinga’s behemoth of an ego? Yes, in part, but this demonstration was also a massive rebuke of October’s election, a clear repudiation by millions of Kenyans—if maybe not the majority—of this oft-lauded nation’s electoral system. Kenya has been in uncharted waters since the nullification of the August poll, but the bizarre events of Tuesday make clear that we are witnessing a new and troubling epoch for an already troubled democracy.

If the opposition’s tactics seem absurd, counterproductive, or even dangerous—albeit not strictly illegal, given the symbolic nature of the ceremony—their frustration is understandable. Kenyatta’s initial victory in August was genuinely suspect (hence media voices prematurely celebrating the Supreme Court’s nullification) and the government refused to make any significant changes to the electoral commission between the August and October polls. One senior member of the electoral commission fled to the United States a week before the October rerun after receiving death threats. Then two days before the October poll, a Supreme Court judge’s bodyguard was shot in Nairobi. The government reportedly refused to grant the justices extra security following the shooting, which unsurprisingly meant the Court failed to reach quorum the next day for a vote on delaying the elections when several justices failed to appear out of concern for their safety. The election thus went ahead in an atmosphere of trepidation and amidst a nationwide opposition boycott. Kenyatta won with a handy 98 percent of the vote, but with turnout of only around 38 percent, or roughly half that of the initial poll, the opposition immediately decried the results as invalid.

After months of overwrought, ethnically charged political rhetoric and deadly clashes between opposition protesters and police, many Kenyans were skeptical that the opposition would proceed with their plans to anoint a “People’s President.” Kenyatta did what he could short of arresting Odinga to stymie his rival’s ambitions. Hours before the ceremony, the government officially labeled the National Resistance Movement, the popular wing of Odinga’s NASA opposition alliance, a criminal organization, and Kenyatta’s chief ministers had previously stated that a mock inauguration would constitute high treason, a crime punishable by death. It came as a huge relief, then, that the government allowed the proceedings to take place, instead opting for a media blackout of the event (but crucially, not an internet blackout). Given the Kenyan police’s extraordinarily high rate of extrajudicial killings and its brutal suppression of protests over the past few months, Nairobi undoubtedly avoided a bloodbath on Tuesday. In another promising sign, the Supreme Court temporarily suspended the government’s shutdown of three TV stations, although the government has yet to comply, much to the anger of millions of Kenyans for whom the evening news is a time-honored ritual.

The hope of many Kenyans has been that Kenyatta will simply ignore Odinga and his “Resistance.” The General Secretary of Kenyatta’s Jubilee Party simply laughed when asked by reporters about Odinga’s mock inauguration, and the party stalwarts have repeatedly said that they feel no need to engage with NASA MPs to achieve their agenda. While Jubilee is just short of a majority in Parliament, they maintain majorities in both the Senate and among the county governors, and they are wealthy and powerful enough that they can easily influence the smaller independent parties in Parliament. Further, the fact that the National Resistance Movement is now “criminal” does not necessarily mean the government will take any measures against NASA (besides, actual criminal movements often do alright in Kenya).

Unfortunately for Kenyatta, NASA is a political force to be reckoned with, and ignoring them is not a tenable strategy so long as they continue to make noise. Indeed, no one seems to be ignoring the opposition at present. On Wednesday morning, Kalonzo Musyoka, a senior NASA politician who had been billed as Odinga’s new deputy, reported that he had survived an assassination attempt at his Nairobi home. The police confirmed that a non-lethal stun grenade had been thrown at the residence and also announced that they had discovered two bullets at the site, but they would not comment on whether the attackers intended to assassinate Musyoka or simply intimidate him. Also on Wednesday, a NASA MP who had helped administer the “oath” to Odinga was arrested for participation in an illegal assembly, although he was released on bail shortly thereafter. Then Friday morning, the opposition lawyer and self-declared “General” of the National Resistance Movement, Miguna Miguna, was arrested after a dawn raid on his home. Further, Jubilee MPs have begun removing their NASA colleagues from various committees in Parliament in legally questionable manners.

It is too early to judge the scale of the fallout from Odinga’s theatrics, but these recent developments suggest a gradual deterioration of the situation in a manner characteristic of Kenyan politics. Kenyan elections are undeniably driven by ethnic considerations, with the five largest ethnicities—the Kikuyu, Luhya, Kalenjin, Luo and Kamba—generally each voting as a single constituency. In one notable and tragic instance, in 2007, a disputed election led to a brief outburst of ethnic violence nationwide—much of it choreographed by leading politicians—which officially killed around 1,500, though most Kenyans believe the actual toll to be higher. Yet the two elections since 2007, this one included, have not catalyzed anything close to that level of intercommunal violence. Violence between opposition protesters and the police has killed between 50 and 70 people since August—hardly an insignificant number—but we should not assume that this week’s developments will be the spark that ignites a conflict, as there are several factors that make Kenyan politics distinct from other countries where ethnicity is paramount to politics.

For one thing, in Kenya the oligarch class is comprised of businessmen. By contrast, in failed states beset by ethnic conflict such as the Democratic Republic of Congo or South Sudan, the oligarchs are warlords, while in police states like Eritrea or Ethiopia they tend to be military officers. When disputes arise in the DRC or South Sudan, the warlords duke it out with their militias, and the civilians caught in the crossfire pay the biggest price. In Ethiopia, the government responds to protests in Oromia by simply shutting down all internet and media. (I was present for one such indefinite blackout last summer; even prominent businessmen knew better than to complain publicly).

In Kenya, the politicians are generally too business-savvy to risk such destabilizing behavior, or at least they have been more cautious since 2007. They may try to buy elections (with varying degrees of success), and they may tolerate or even encourage a degree of violence around election time in order to raise the stakes, intimidate their opponents, or let their constituencies vent. But as East Africa’s largest economy, and one that is increasingly digitalized, Kenya needs security and the free flow of information in order to thrive. All the political stakeholders, including Kenyatta and Odinga, understand this. Indeed, both men played key roles in instigating violence in 2007, only to stop when they realized how dangerously unmanageable the situation had become. This is why the government knew better than to shut down the internet this week, and why Kenyatta’s decision to impose a media blackout on the mock inauguration was so risky—and why it could very well backfire given popular resentment of the move. Similarly, the alleged assassination attempt on Kalonzo Musyoka is deeply troubling, but it bears all the signs of mafia-esque intimidation rather than a concerted effort to eradicate the Kenyan opposition.

None of this, of course, is good news. The situation as it stands represents a clear decline in Kenya’s political fortunes from a year ago, even if things are not as desperate as they were in 2007. But by no stretch of the imagination does a failure of democracy in Kenya entail the cataclysm and ruination most Western readers envision when they read of failed states in Africa. There will be no bloodthirsty Derg nor any equivalent of the Rwandan genocide in Kenya, and it strains credulity to suggest that Nairobi will ever become Juba. An African democracy, including one that has always been highly flawed, can die as slow and unspectacular a death as any other democracy. The judiciary attempts to check the executive but is rebuffed because it alone cannot make a government function fairly. An incumbent President then wins a boycotted election, entering office with a weak mandate but all the powers of the executive, including control of the security services. Voters lose faith in their institutions and many begin to begrudgingly accept a corrupt strongman who at least keeps chaos at bay and the wheels of the economy turning. What point are free and fair elections anyway, many will ask, when neither side is willing to accept even a legitimate defeat?

In other words, Kenya could become more like its neighbor, Uganda. Yoweri Museveni is no Idi Amin, but his Uganda is one in which the opposition is constantly harassed, the security services are unaccountable, elections are held on time—if unsubtly tilted in the incumbent’s favor—and Parliament’s role alternates between that of a rubber stamp and a fight club. Odinga already shares striking similarities to Kizza Besigye, the perennial Ugandan opposition candidate who also once swore himself in as “People’s President.” Besigye has been detained multiple times and can hardly leave his house without incurring some degree of police harassment, but, much like Odinga, he is far too popular to remove from the scene or prevent from politicking. And just like many of their Ugandan neighbors, it seems that Kenyans are increasingly learning to treat their politics as a practical joke, if a cruel one.

For Kenya, a shambolic and superficial democracy is much more conceivable in the near term than any ethnic conflagration that could grab global headlines and elicit temporary hand-wringing from Western luminaries. But for a country once prized as an emerging democratic hope, such a scenario is concerning enough in its own right. 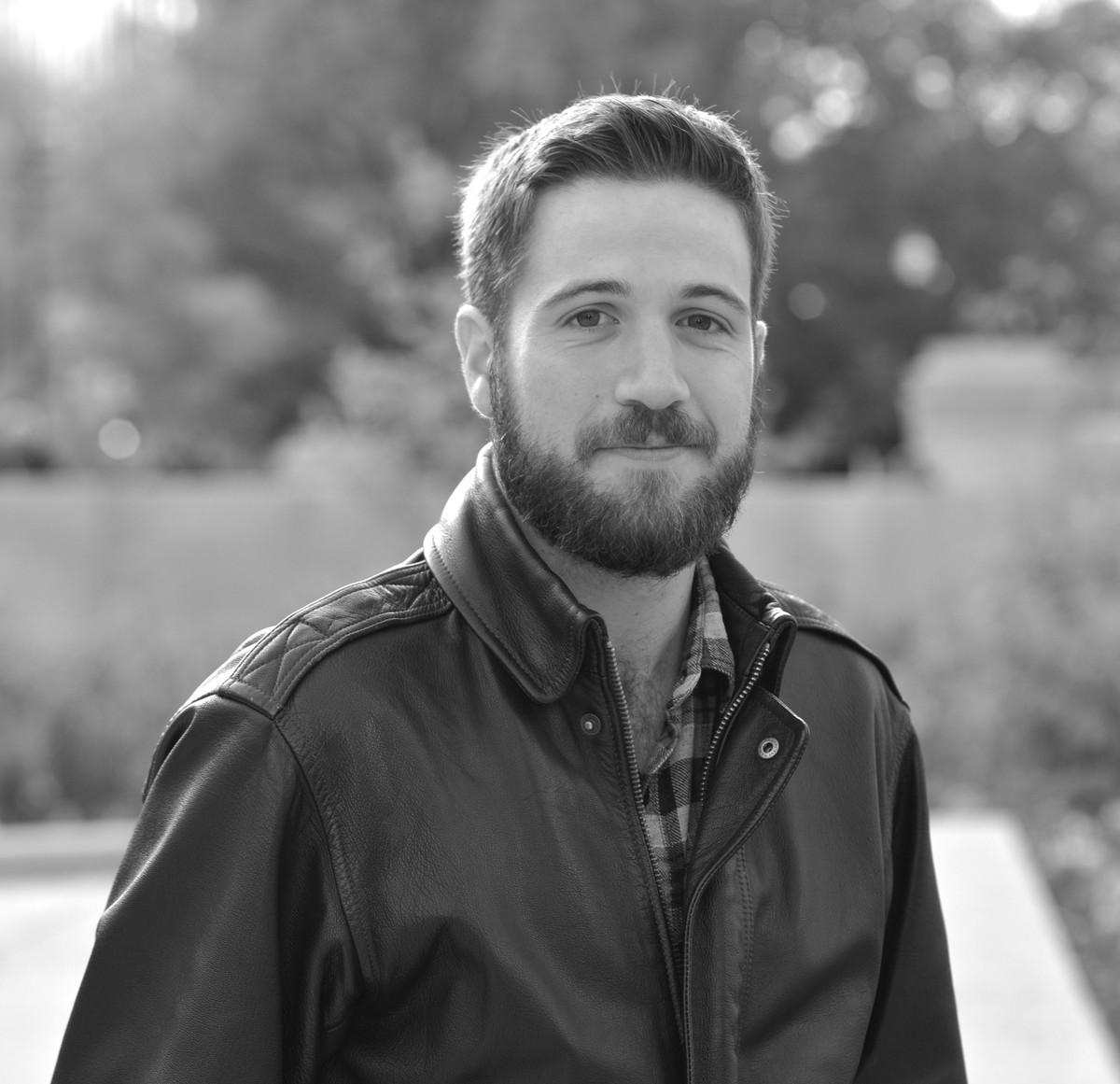