Podcasts
About Us
Privacy
Death and Taxes
Ladies and Gentlemen, Take Your Places 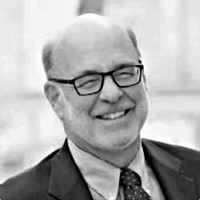 The global tax race to the bottom is about to begin.

It may be a long time before we fully understand all the implications of the complex Trump/Goldman tax law, as I like to call the recently passed tax “reform.” This 1,079-page monstrosity contains at least 121 tax code changes that will affect more than $8 trillion of gross Federal tax revenues over the next decade. The bill was drafted by the Trump Administration and the Republican majority entirely in secret and crammed through Congress in less than a week with no hearings or debate and no independent evaluations. We now know what all this opacity was really all about: Overall, Trump/Goldman bill amounts to a massive “tax heist,” one of the largest transfers of public wealth to private elites and corporations in U.S. history—at least since the massive taxpayer-funded bailouts of Goldman Sachs and other giant Wall Street banks in 2008–09.

Most criticisms of the bill to date have focused on its domestic implications. These are indeed formidable. They include increased inequality, soaring budget deficits, poorer health coverage for many Americans, and a fire sale of the country’s strategic oil reserves, mineral rights in national parks, and drilling rights in the Arctic wilderness. All these domestic harms are further aggravated by the total lack of any requirements for multinational corporations like Apple and Google to actually invest any of the $2.6 trillions of never-taxed U.S. royalties and profits that they managed to cook up and stash offshore to create any jobs back home, before they get to repatriate it all at less than half the original tax rates and stuff it in their back pockets.1 A very Merry Christmas indeed!

Details as to the domestic implications of this bill must await elucidation at a later date. At this point, however, I would like to interrupt that analysis for an important piece of late-breaking news: Not even a single day into this new law’s existence, there are already signs that our worst fears about its dire global effects have been confirmed. Far from leading quickly to higher U.S. economic growth, more jobs and higher wages, the deep corporate tax cuts contained in this bill have already triggered, or at least substantially accelerated, a global tax war—an aggressive “race to the bottom” in international corporate tax rates, rules, and regulations that will be deeply harmful, especially to developing countries. Take note, please:

Of course, this bout of international tax competition is only the latest in a long series of tax cuts by many countries that dates back at least to the 1980s era of Thatcher and Reagan. Ironically, after leading the way for initial round of global corporate rate cuts in the 1970s and 1980s, the United States itself resisted further cuts throughout the 2000s, even while dozens of other countries reduced their rate significantly. Pressure for the United States to join the flock of rate cutters was partly relieved by the fact that that many of the largest, most influential U.S. companies—in oil, defense, software, pharmaceuticals, and energy—were also very international. This permitted them to take advantage of the complex “deferred tax” system on international profits to stash income from non-U.S. assets and investments offshore, and maintain overall effective rates well down in the single digits, very far below the nominal 35 percent.

Meanwhile, it was not as if all that offshore loot was going idle; resourceful tax lawyers found clever ways to borrow against the “offshore” funds and invest the proceeds wherever the multinational corporations desired.

Eventually, however, the pool of offshore funds just became too appetizing, especially after Trump’s surprising election victory in November 2016 provided an opportunity not only to repatriate all this loot at modest rates, but also to trade it in for a territorial tax system that will manage U.S. offshore corporate business in a virtually tax-free manner (at least not much more than 10 percent.) Meanwhile, in the thirty years since global tax competition really took off, at least 26 of 33 other OECD countries have also adopted various forms of territorial corporate taxation. So it now appears to be quite natural for the United States to join the club.

With a few exceptions, the real problem is not this “happy few” of relatively affluent OECD countries. By now, most of them rely on corporate taxes for well under 10 percent of all government revenues. For the United States and the United Kingdom, for example, this figure is only about 8 percent; for France it is 5.8 percent; for Germany it is 4.7 percent. The handful of OECD countries that are still most exposed includes (as expected) Australia (18 percent), Korea (14 percent), Chile (22 percent), and Mexico.2

Of course, the real scandal is that very few multinational corporations that do business in Africa ever pay anything like these developing country’s high nominal tax rates. They and their enablers are masters at using devices like transfer (mis)pricing and pseudo-interest “asset stripping,” by way of thinly capitalized offshore subsidiaries, in order to drain profits from their local African subsidiaries.

At least under the old system developing countries have had a chance to crack down on these abuses by making them more clearly illegal and by improving tax enforcement. Under the territorial approach just adopted by Trump/Goldman, on the other hand, U.S. multinational corporations, in particular, will no longer owe much if any U.S. tax on their offshore operations. So they will no longer be able to make use of any tax credits that have been generated by paying these countries’ corporate taxes. That in turn will increase their incentives to even further minimize the taxes they pay in developing countries through a combination of dodgy practices, on the one hand, and increased pressures for tax competition among desperately “rich poor” developing countries, on the other.

From this angle, one of the few bright spots of the Trump/Goldman bill—albeit unintentional— is that it may suggest ways for developing countries to penalize multinational corporations that try to fiddle with asset-stripping along the same lines as Trump/Goldman’s “Base Erosion” penalties. Ironically, several EU Finance Ministers have already complained that such penalties may violate U.S. tax treaties and the OECD’s model tax agreements.

In any case, all the increased global tax competition resulting from Trump/Goldman is likely to undermine the bill’s own heroic assumptions about deficits, jobs, and growth that its supporters used to justify its hasty adoption. Evidently Republican leaders and their lobby elves did not even consider all these reverberations in their optimistic projections.

As we’ve seen, however, for many OECD countries, most of damage of global tax competition has long since been done. Those rich countries that care about tax justice are already moving on to other approaches, like progressive individual wealth taxes. The real problem devolves on developing countries. For them, by far the most damaging aspects of Trump/Goldman lie far beyond U.S. borders in its effects on global tax dodging, global fiscal deficits, global austerity, and global inequality and poverty.

This is especially true for countries like South Africa, mid-tier developing countries that are wealthy enough to control their own destinies, but also very dependent on conventional approaches to corporate multinational corporation taxation. This remains true, even as these very same multinational corporations, aided by their accounting firms, law firms, and lobbyists, have been beavering away night and day to overturn this relatively successful global corporate tax system.

It is one thing for America’s aging elite, their enablers, donors, and friends on Wall Street to infect themselves and their offspring with affluenza, an unhealthy obsession with the accumulation of unlimited private wealth and power. It is quite another to infect the entire rest of the world with it.

1Depending on whether the offshore assets are cash or “illiquid assets,” a murky distinction if ever there were one, the repatriation tax rates will be 8 to 15.5 percent This compares with the 35 percent Federal rates that applied when the funds were originally accumulated.