Five reasons the Palestinian public has been relatively quiet so far in reaction to Trump’s Jerusalem announcement.

The weekend before last marked the 30th anniversary of the first Palestinian uprising, or intifada. Thousands lost their lives in the fighting that ensued after four Palestinians were killed in a traffic collision with an Israeli truck in early December 1987. The death toll resulting from a second uprising in 2000 was even higher than the original.

The Hamas leadership is hankering for a rematch. After President Donald Trump conferred U.S. recognition upon Jerusalem as the capital of Israel, Ismail Haniyeh, Hamas’s most senior political chief, called for a “day of rage” as a launch pad for an “intifada of freedom for Jerusalem and the West Bank.” A spokesman for the Gaza-based organization was even more dramatic. Trump’s decision “opens the gates of hell,” he declared.

But the response of the Palestinian public has been lukewarm. Jerusalem was decidedly calm on the morning following Trump’s pronouncement and it has largely stayed so. International opprobrium notwithstanding, clashes between Israeli troops and Palestinian protestors have not escalated beyond the almost perfunctory. While casualties on either side should surely be mourned, there has been no widespread outbreak of hostilities toward Israel. There are good reasons for this.

Natural Causes: It’s winter in Jerusalem. Experience has shown that inclement weather tends to dampen Palestinian (and Israeli) appetites for conflict. The cold and rain have kept many would-be protestors at home, huddled around their warm radiators.

There’s also the fatigue factor. If fruitless peace negotiations have done little to improve the lot of Palestinians, countless rounds of violence have done even less. The security closures, checkpoints and searches with which Israel responds to Palestinian terrorism—stabbings, car rammings, missile attacks—act as a deterrent. No doubt many Palestinians have concluded that rioting actually sets back the cause of their independence.

All by Myself: The days of the Palestinians as the cause célèbre of Arabia appear to be ending. It’s not that the Saudis, Emiratis, and the rest of the Sunni world are indifferent to the plight of their Palestinian brothers and sisters. It’s that life is dynamic and the Palestinians have dropped a few notches on the hit parade.

With bigger ticket items like the Iranian nuclear threat and the fate of Syria hanging in the balance, erstwhile champions of the Palestinians have had to prioritize. And for many, limited bandwidth means that Palestine can wait. And if that isn’t demoralizing enough for the Palestinians, Israel, their nemesis, has even emerged as a key ally for the Arab nations seeking to beat back Shi‘a influence in the region. Taking on mighty Israel is a tall order for the Palestinians alone.

Much Ado About Nothing: All the enthusiasm in Israel aside, Trump’s words have little practical significance. Israelis are certainly pleased that their foremost ally has bestowed de jure acceptance of its de facto capital, but pretty much everything else remains the same as before. The chances of America’s new position on Jerusalem setting off an immediate, global avalanche of recognition are slim to none.

The U.S. Embassy will remain in Tel Aviv for the foreseeable future. The State Department’s point man on the Middle East has clarified that there has been “no change in [U.S.] policy with respect to consular practice or passport issuance,” and that the President’s decision “does not touch upon issues of boundaries, of sovereignty, or geographic borders.” And Trump himself reiterated his commitment to “support a two-state solution if agreed to by both sides.” Symbolism is obviously a big deal where Jerusalem is concerned, but smart Palestinian money isn’t getting worked up over mere rhetoric.

Where It Stops Nobody Knows: It’s comparatively easy to start an uprising, but much harder to ride the tiger’s back. Despite all the difficulties, the powers-that-be in the Palestinian Authority feel that they have a relatively good thing going. Palestinian President Mahmoud Abbas confessed back in 2009 that he was in no hurry to move forward. As he put it, “In the West Bank we have a good reality . . . the people are living a normal life.”

A vicious cycle of Palestinian resistance and Israeli containment operations runs the risk of turning violent. It could spiral into the disintegration of vital security cooperation between the parties, cooperation which helps maintain a semblance of order within the P.A. and the continued control of its government. Abbas and his cohort are as unhappy with Trump’s move as the Palestinian rank-and-file, but will toil to keep the intifada genie in its bottle for the sake of preserving their rule.

Waiting for the Other Shoe to Drop: Finally, the Palestinians have every cause to show restraint in the immediate term as events play out. An unpredictable administration in Washington might still pull more rabbits out of its hat—and these new ones could be friendlier to Palestinian aspirations.

Trump’s advisers are still at work on his “ultimate deal” for peace between Israelis and Palestinians. His UN Ambassador, Nikki Haley, said a little more than a week ago that the Jerusalem decision is even “going to move the ball forward for the peace process.” To the extent that this is true, the White House could yet try to level the playing field by making parallel gestures to the Palestinians, ones that Prime Minister Benjamin Netanyahu will be hard-pressed to oppose. After praising Trump’s “courageous and just decision” on Jerusalem, Netanyahu can scarcely defy the man about whom he said “there is no greater supporter of the Jewish people and the Jewish state.”

With the situation on the ground still fluid, anything can happen. The Palestinians could yet reevaluate their predicament, change tactics and resolve to overwhelm Jerusalem with demonstrations or even take up arms against Israelis. But for the time being, spectacles like Abbas’ diplomatic snub of Vice President Mike Pence are probably the theatrical fare we should expect to see more of. Jerusalem’s residents will be thankful to get on with their routines. 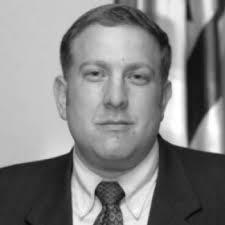