The “alt-right” shares something important with Islamists: they both owe much of their recent success to quickly grasping the fact that politics is no longer just about policies.

When imagining what globalization looks like in practice, few envision a more Senegalese or Sri Lankan world. Globalization is of course a complicated process, but due to the immense economic and geopolitical power of the U.S. and Europe, it has resulted in the continual expansion of Western norms and values. For many, this was a welcome development. As globalization proceeded, their thinking went, a common human culture would emerge, leading to ever more progress and cooperation. We would never necessarily be the same, but our aims and hopes would converge.

Globalization’s ideal, however, has been turned upside down. From annual debates over whether Americans should celebrate Christopher Columbus, to new veil bans in Austria, lightning rod identity controversies have come to dominate the headlines for weeks or months at a time. After the technocratic moment of the 1990s and 2000s, politics is returning to its natural state: answering the fundamental question of who we are, not what sorts of policies we support.

The dividing lines have become predictable: on one side line up liberal individualists, who maintain almost as a matter of faith that any form of personal expression is to be protected and even celebrated. On the other end lies a new brand of conservative nationalists, who—perhaps channeling their inner Paul Revere—see it as their personal responsibility to warn the nation when certain symbols and identities begin to threaten the values that (in their eyes) any self-respecting Western society ought to hold dear.

Though not often coupled together, both Islamists and the West’s conservative nationalists (whom we might term “Westernists”) place great importance on the communal dimension of human society. Both aim to privilege a certain set of beliefs and symbols at the local level, starting with the family, and both are inclined to prioritize the communities, regions, and nations in which they live. In this sense, both are also “supremacist” (we say this descriptively, not necessarily pejoratively). In our research studying Islamism across the Muslim world, we’ve written about how elevating Islamic law and morals in the public sphere forms a central motivation for its supporters. Though they view their aims as diametrically opposed, Islamists and Westernists mirror each other in their preoccupation—and even obsession—with collective identity and cultural integrity.

Take, for instance, President Donald Trump’s July speech in Poland. In it, he asserted the greatness of Western civilization and its values, and how they must be defended with vigilance. “The West was saved with the blood of patriots,” roared Trump. “Each generation must rise up and play their part in its defense… every foot of ground, and every last inch of civilization, is worth defending with your life.”

Liberals roundly decried the speech as racist and exclusionary, and they no doubt have a point. But before automatically attacking his rhetoric—however problematic it might be—we might try asking: Why should Trump or anyone like him be ashamed to be heir to a set of values that they view as the pinnacle of human society? Indeed, more than a billion Muslims believe as a matter of doctrine in the finality and perfection of Islam, the Quran, and the Prophet Muhammad. People have a right to believe that anything—whether a religion, a philosophy, or a civilization—is supreme Truth. If Trump erred, it’s not because it’s a crime to prefer one mode of living to another. It’s because of the dangerous policy effects his words might have.

Interestingly, the “alt-right” and other conservative nationalists recognized the populist sentiments underpinning the impulse to defend Western values, and they exploited it for electoral success. Though often simplistically portrayed as racists (and many of them surely are), many nationalists see Islam and Muslims not merely a security threat, but as a civilizational one as well. In a quickly deleted tweet that shocked his audience in the brief time it was up, alt-right darling Mike Cernovich wrote: “I say this without regard to what I want or wish were true…Islam is the future. Muslims have a vision and will. That is destiny.”

Richard Spencer is similarly on record saying that “religions have a civilizational component…a kind of supranational, supra-ethnic order…I think we can see this in the way that Christianity functioned in society for many centuries, and I think we can see that in the way that Islam functions now.” Key figures in the Trump Administration, including White House senior advisor Stephen Miller and ousted strategist Steve Bannon—the architects of the infamous “Muslim ban” and subsequent restrictions on refugees—share aspects of this worldview.

Such people see sounding the alarm against a rival Islamic civilization and all its symbols—and the supposed decadence of fellow Westerners—as a patriotic duty. Islamists too, in their struggle against liberal modernity and sin, often find themselves engaged in this same project, that of playing savior to the supposed communal soul of their societies.

That politics is becoming basically tribal has been surprising to some, but this is really just a confirmation of what political life has been for most of history: a battle over who we are, what we stand for, and what we want to believe in. A series of academic studies (Democracy for Realists being the most prominent) has argued with the benefit of growing empirical data that people, even the better educated, don’t vote based on policy. The authors Christopher Achen and Larry Bartels make the case that the “most important factor in voters’ judgments [is] their social and psychological attachments to groups.” In other words, if the same person, with the same genetics and life experience but no political attachments, decides to become a Republican, he is likely to become more pro-life. If that person decides to become a Democrat, he is likely to become more pro-choice.

The West’s merry band of new nationalists—who despite profound national differences see themselves as brothers in arms—seem to instinctively grasp the need for group solidarity, however dark, in a way that many of us won’t (or can’t). This is their built-in advantage. This helps explain why Westernists have been so successful lately in influencing those in power and reshaping their societies. Whether it’s Trump’s meteoric rise, the Brexit vote, or high turnout rates for ethno-nationalist parties all over Europe, the resonance these groups have should give us pause. Clearly, appealing to these sorts “tribal” bonds can both garner and sustain a real constituency.

To write off the impulses fueling our populist moment seems not only wrongheaded, but also like something of a cop-out. Whether with Islamists, Westernists, or anyone else, humans want to have a mission—as Samuel Huntington put it, we want to know “who we are.” Rather than fault those that dare to answer this question in ways we may not like, we might instead dare to dream up alternatives ourselves. Some mainstream politicians seem to be beginning to grasp this: French President Emmanuel Macron and Senator John McCain have both spoken passionately on the need to give voters a grand narrative. Scoff all you want, but the collective self represents not only the politics of the past, but also, apparently, those of the future as well. 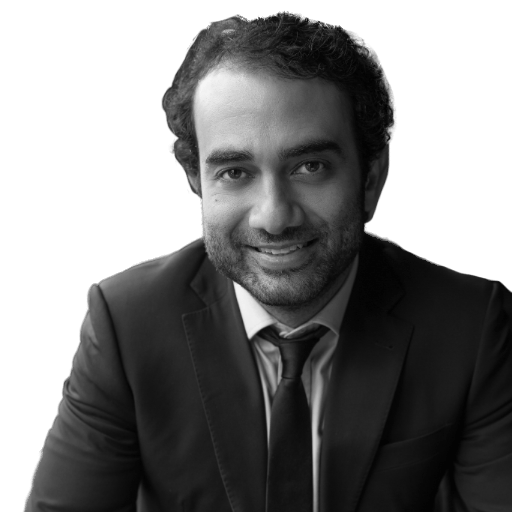