Putin needs new allies in Asia as leverage against both China and the United States, but Russia’s policies on the DPRK make that all but impossible.

At the Eastern Economic Forum in Vladivostok earlier this month, President Vladimir Putin proposed building a massive bridge from Russia’s Pacific Ocean island of Sakhalin to Japan’s Hokkaido. The idea is typical of Russia’s Asian Pivot. It is a grand plan that will never come to pass. It makes little sense economically. It presumes that long-standing political conflicts (Japan claims the Kuril Islands, which Russia controls) can be papered-over. And it was accompanied by a generous helping of empty rhetoric, with Putin declaring, “These are things of an absolutely global nature that could lead to significant changes in infrastructure, energy, and high technology.” Whatever that means.

The high-flown but empty rhetoric of the Vladisvostok Forum tells us something important about Putin’s Asia Pivot: It isn’t going very well. And Russia’s own policy on North Korea bears much of the blame.

The goal of the pivot is to broaden the base of Asian engagement so that Russia is not too reliant on China. This requires better ties with other Asian powers, above all Japan and South Korea. But Russia’s stance on North Korea—being equally critical of Washington and Pyongyang, protesting Japanese and South Korean efforts to boost missile defense capabilities, and declining to impose additional sanctions on North Korea—are precisely the opposite of what Seoul and Tokyo think is needed to deal with an existential threat.

Since annexing Crimea and ruining its relations with the West, Russia has sought to diversify its foreign policy by looking east. Putin has had a long series of productive and friendly meetings with Chinese President Xi Jinping. The Russia-China relationship is as close as at any time since the days of Stalin and Mao.

Although the improved ties with China have given Russia diplomatic flexibility in its confrontation with the West, they have disappointed Russia in one major respect. Many Russians hoped that improved ties would unlock greater Chinese investment in Russia, thereby boosting the economy and providing new sources of investment at a time when sanctions have sharply curtailed Western business in Russia.

Russia had good reason to hope to gain more from new Chinese investment. For one, Chinese firms have historically invested heavily in natural resources, which Russia possesses in abundance. And Chinese businesses were revving up investment abroad at just the moment Russia was seeking to pivot east. China was also in the midst of launching new initiatives such as the New Development Bank, the Asian Infrastructure Investment Bank, and the Belt and Road Initiative, each of which promised to spread investments throughout Eurasia—and presumably Russia too.

Yet the Chinese investment boom some Russians hoped for never materialized. Private sector Chinese firms are still mostly staying away from Russia and pouring funds into many of China’s neighbors instead. Indeed, the initiative is boosting China’s economic influence in Central Asia, a region Russia considers part of its own sphere of influence.

This is the background against which Russia has launched its new effort to diversify its Asian relations. To be sure, Moscow now talks less about a “turn to the East” and more about the importance of “greater Eurasia”—a vision which includes China. Ties with China remain of crucial importance. But Moscow realizes it will have more leverage with respect to China and the West if it can make friends with other Asian powers. Chief among these potential allies are East Asia’s other two economic powerhouses, Japan and South Korea.

Russia’s pivot plans seemed feasible for a while—up until Kim Jong-un began his recent flurry of missile launches earlier this year. The crisis on the Korean Peninsula—with Pyongyang testing a nuclear device many times stronger than the bomb dropped on Hiroshima in 1945, and with U.S. President Donald Trump threatening to unleash “fire and fury” on North Korea and its “rocket man”—has brought to the fore the contradictions inherent in Russia’s efforts to improve ties with Japan and South Korea. Tokyo and Seoul both recognize the benefits to themselves of better relations with Russia: Improved ties would give them more diplomatic flexibility in the context of China’s rise. Yet both countries also see North Korea as their most urgent security threat—and their priorities are very different than Russia’s.

Like Japan and South Korea, Russia believes that the Kim dynasty should give up its nuclear weapons. But agreement stops there. Russia views the North Korean nuclear program as unfortunate but entirely manageable problem. Russian experts think Kim Jong-un and the North Korean elite are rational calculators interested in self-preservation and thus would never launch a first strike. Moreover, Russia knows that it would not be the target of a North Korean strike (though a North Korean test missile did fall into the ocean troublingly close to Vladivostok earlier this year).

By contrast, Seoul and Tokyo want to see Kim disarmed immediately. True, they know he is unlikely to give up his nuclear program. But it may prove possible to limit it and prevent future tests. Seoul and Tokyo also want to limit Pyongyang’s missile development. Both countries believe that a larger U.S. presence in the region makes them more secure. Both countries have invested in U.S.-backed missile defense programs, with South Korea’s controversial THAAD deployment now operational. Both countries have swallowed Trump’s rhetoric (though not without misgivings) because they think that U.S. military posturing will boost their position in any future negotiations with Pyongyang.

These steps contradict Russia’s aims in East Asia. The Kremlin wants a smaller U.S. military presence in Japan and South Korea. Russia sees Japanese and South Korean missile defense deployments as threats to its own security; Deputy Foreign Minister Sergey Ryabkov has even threatened a “response in military terms.” While Seoul and Tokyo want more economic pressure on Pyongyang, Putin has spoken out against additional sanctions, arguing that the North Koreans would rather “eat grass” than surrender their nukes. Russia thinks Japan and South Korea’s approach is fundamentally misguided.

Russia’s position is based partly on principle and partly on politics. Most Russian experts believe that Pyongyang is unlikely to strike its neighbors, and that Seoul and Tokyo have little reason to worry. Indeed, most Russian analysts think that Trump poses as big a risk as Kim Jong-un, both because he has threatened to strike North Korea first—a move that would result in retaliation against Japan and South Korea—and because Pyongyang might misinterpret Trump’s aggressive declarations, sparking an accidental war. Thus Russia argues that South Korea and Japan would be more secure if Washington would only dial down its rhetoric and military exercises in the region. Seoul and Tokyo don’t see it that way.

In addition to real disagreements about how to manage North Korea, the Kremlin’s decision to inject itself into the diplomacy over North Korea is part of its broader effort to force the United States to recognize it as a great power and to negotiate with it as an equal. Moscow believes that achieving this goal requires gaining leverage over the United States so that Washington has a reason to talk. Moscow senses in the current crisis an opportunity to demonstrate that it can be a productive partner to the United States, but only if Washington abandons talk of regime change and missile defense efforts, among other policies.

Even if Moscow achieves its aim of forcing Washington to work with it on the Korean Peninsula, this success will come at a cost. The Kremlin continues to talk about its Eurasian vocation and its growing relations with its Asian partners. But Moscow’s position on North Korea has undermined these efforts. Perhaps Russia has improved its position in Pyongyang, but has also reminded Tokyo and Seoul why they consider Russia as much a part of the problem as a partner. 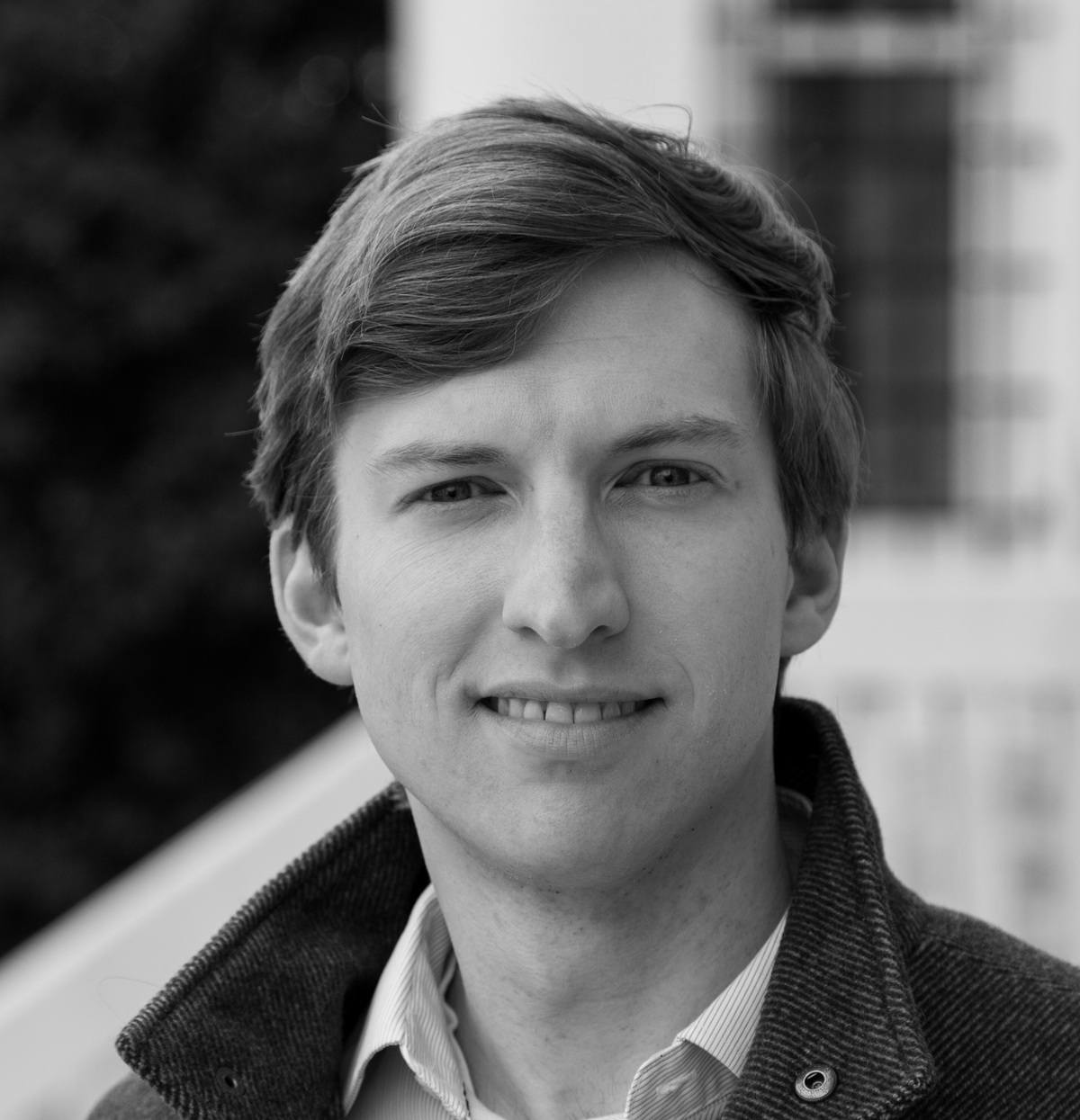