China’s enhanced Middle East profile sends an important message to the Trump Administration about America’s role in the region.

In a new Islamic State video that has undoubtedly caught Beijing’s eye, Uighur militants threaten to “shed blood like rivers” in China, pledge to avenge the oppressed, and burn the Chinese flag. This first apparent instance of a public Islamic State threat to China comes as an estimated one hundred Chinese nationals have left home to join the terrorist group. It also vividly illustrates the strengthening connection between security threats in the Middle East and China’s sense of its national interest.

China’s role in the Middle East has expanded in recent years, and its activism will be felt in the region and beyond. As Russia’s interventions transform Middle Eastern politics (most recently in Libya) and other external powers compete in the region, the Trump Administration will need to account for rising great-power activism as it frames its policies. In doing so, it must grapple with the new Chinese role, and how Chinese activism in the Middle East might recast the bilateral relationship generally.

In February 2011, Chinese military officials made an announcement that represented a historic first for their country: that they had redirected the frigate Xuzhou, previously deployed to the Gulf of Aden for antipiracy operations, to the shores of Libya to support the evacuation of 35,000 Chinese nationals fleeing the war there. This represented not only China’s first major expeditionary naval operation in modern times, but also its first use of long-range military transport aircraft for humanitarian purposes.

It was the sort of thing the United States has done many times, but for China it hinted both at new capabilities and new obligations. Its ships also helped evacuate non-Chinese nationals from Libya, and its navy later reprised the operation on a smaller scale in Yemen. The episode undoubtedly demonstrated to Chinese leaders the utility of forward-deployed naval assets. It also helped influence their subsequent decision to establish China’s first overseas naval base in Djibouti, an installation that may ultimately house up to 10,000 personnel close to America’s own Camp Lemonnier.

The backdrop to these historic developments has been China’s rapidly expanding economic role in the Middle East. Beijing’s thirst for energy has made it more dependent on Middle Eastern supplies; currently, more than half of Chinese oil imports come from the Gulf. Indeed, China has supplanted the United States as the Saudis’ leading customer. As yet there has been no meeting between Xi Jinping and the Saudi King as symbolic as FDR’s summit with Ibn Saud aboard the USS Quincy in the Suez Canal during February 1945, but that may come soon.

More broadly, trade between China and the region has soared in recent years, rising some 600 percent in the past decade. Chinese investment in the Middle East totaled more than $160 billion between 2005 and 2016, and Xi Jinping pledged an additional $55 billion in investment and loans during his January trip to the region.

In addition, Beijing’s “One Belt One Road” initiative aims to build infrastructure for land and maritime routes from China through Central Asia and the Middle East and on to Europe. The Djibouti facility may be China’s only overseas naval facility for now, but China is investing in ports along a maritime Silk Road that leads from Gwadar, just over Iran’s border in Pakistan, to Duqum in Oman, and on to Ashdod in Israel. In Libya, China may have successfully evacuated tens of thousands of its citizens, but it abandoned hundreds of millions of dollars or more worth of equipment and infrastructure. It now naturally wishes to multiply its logistical options.

The key question for both Washington and Beijing is what these steadily expanding economic interests mean for Chinese diplomacy and for the People’s Liberation Army. Throughout the Middle East, Beijing has long sought to cultivate good relations with everyone—Israel, Iran, Saudi Arabia, and others—simultaneously. Beijing has long championed a doctrine of “noninterference” (even if it has not always practiced it) and has assiduously sought to assuage all sides of every Middle Eastern conflict: balancing Saudi and Iranian sensitivities; reaching out to both sides of the 2011 Libya civil war; and even recognizing the Hamas government in Gaza despite China’s distrust of political Islam and its burgeoning economic ties with Israel.

Even as China has sought to keep a low profile, in recent years it has become far more active well beyond its emergency naval evacuations. Beijing has taken halting steps toward mediating Middle East disputes, appointing envoys for Syria and for the Israeli-Palestinian issue, releasing an Israeli-Palestinian peace proposal, hosting representatives of Syria’s warring factions in China, and even conducting shuttle diplomacy during a crisis between Iran and Saudi Arabia.

Yet for all its professed desire for even-handedness, Beijing is increasingly—and perhaps inevitably—taking sides. China joined with Russia to veto numerous U.S.-sponsored UN Security Council resolutions on Syria, sent defense officials to Damascus and warships to the Mediterranean for joint exercises with Russia and—according to a recent interview by Syrian President Bashar al-Assad with a Chinese television station—engaged in intelligence cooperation with Syrian authorities.

China appears motivated not just by a desire to maintain close ties with Russia and to thwart what Beijing and Moscow regard as a Western-led regime change effort in Syria. Middle East-based terrorist groups provide their own spur to action. The Islamic State threat to China is not an idle one, given the reported travel of Chinese nationals to fight alongside ISIS in Syria via Turkey. Their transit has roiled Beijing’s relations with Ankara and is surely at least partly behind China’s reported dispatch of ground troops to Afghanistan.

Beijing has also cultivated close ties with Iran, which is the most powerful state in the region not allied with the United States, and one that offers land trade routes to China—a potential boon for Chinese energy security. The Iran-China relationship is a longstanding one. Beijing helped in the early stages of Iran’s nuclear program, and slowed and diluted international sanctions against Iran in the 2000s despite ultimately voting in favor of them. Chinese fighter jets have stopped in Iran for refueling, and Chinese warships have conducted naval drills with their Iranian counterparts in recent years.

Yet it is in the wake of the 2015 nuclear deal with Iran that ties between Beijing and Tehran are truly set to blossom. President Xi Jinping became the first world leader to visit Iran after the nuclear deal, using the opportunity to announce a “comprehensive strategic partnership” with Tehran. China is a ready destination for Iranian oil and a source for arms and missiles when the international prohibitions on Iran’s acquisition of them expire in 2020 and 2023, respectively. If the United States succeeds in driving a wedge between Russia and Iran—or if that relationship, historically a testy one, sours of its own accord—the Sino-Iranian relationship will take on even greater importance. Capitalizing on it will require a balancing act; whether China can cultivate such a friendship while maintaining good relations with Iran’s adversaries across the Gulf remains an open question. Xi Jinping cancelled a 2015 visit to the region to avoid becoming enmeshed in Saudi-Iranian tensions, and nearly did the same in 2016 following Saudi Arabia’s execution of a prominent Shi‘a cleric.

China’s other key relationship in the region is not with an American adversary but with Washington’s closest Mideast ally, Israel. Chinese investment in Israel has topped $10 billion in the past three years alone, including traditional infrastructure such as the Ashdod harbor and a light-rail project in Tel Aviv, as well as venture capital directed toward Israel’s high-tech sector. China and Israel are working toward a free trade agreement, and they recently concluded a deal to send Chinese laborers to alleviate a shortage in Israel’s residential construction sector. And even though Beijing continues to vote against Israel in the UN Security Council, its positions on the Israeli-Palestinian dispute are a far cry from the days when it became the first non-Arab state to recognize the PLO in the 1970s.

China’s increased activism in the Middle East is both a response and a challenge to Washington. It is no coincidence that China’s rising profile follows American missteps in Iraq, Syria, and elsewhere that Beijing sees as threatening to its own interests. It also takes place as first the Obama and now the Trump Administration have evinced a desire to focus foreign policy attention on Asia rather than the Middle East’s intractable conflicts. Nor have American officials failed to notice that China peddles its purported alternative to the Western model of free markets, civil liberties, and aid conditionality.

At the same time, however, the United States and China undeniably have overlapping interests in the region, providing a possible basis for competition, collaboration, or both. They also share a modest record of cooperation, including in the Iran nuclear negotiations and on antipiracy operations. Washington should explore the potential to coordinate on other issues, including economic development in Egypt and elsewhere, critical infrastructure protection, and regional conflict resolution. Given the likelihood that the United States and China will remain at loggerheads in East Asia for the foreseeable future, the Middle East could represent an important arena through which to lower bilateral tensions and demonstrate that the otherwise highly competitive relationship need not be zero-sum.

China’s enhanced Middle East profile, together with Russia’s, sends an important message to the Trump Administration. The Obama-era vacuums of American leadership in the region have prompted instability and invited external intervention. The best way for Washington to minimize the opportunities for further inroads by Beijing or Moscow—or at least to set the framework by which other external powers engage in the region—is to shore up key relationships with allies like Egypt, Turkey, Israel, and the Gulf states.

Many in Washington today look at the Middle East and see turmoil. It looms as a region whose appetite for American dollars and lives seems inexhaustible, and the return on diplomatic and military investment appears vanishingly small. Chinese leaders look on the same region and see opportunity—economic opportunity, to be sure, but opportunity in security and geopolitical terms as well. For all that, the appetite for greater American engagement among most Middle East countries today remains high, and, for most, Washington is the partner of choice, certainly well ahead of China. The need for greater engagement in the region should not resonate just in Beijing, but in Washington as well. 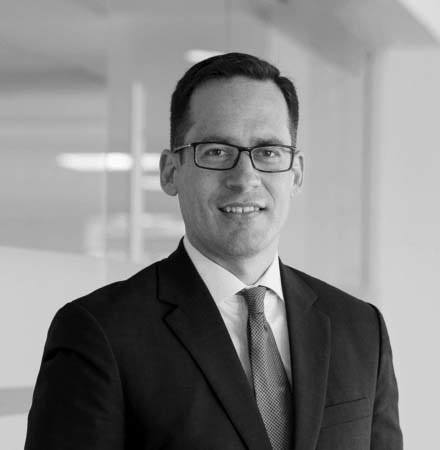