The dangers of becoming desensitized to the President’s serial untruths.

President Trump got through his first address to a joint session of Congress on Tuesday without a single member shouting out “You lie.” His muted delivery—no rants about the press as enemies of the people or how the country is being raped by China—was the big surprise of the evening. The headline writers for the New York Times called the speech “optimistic,” even quoting the President’s disingenuous call to Congress “to end ‘Trivial Fights.’” Fox News’s Chris Wallace declared it Trump’s presidential coming-of-age.

This new aesthetic, and the restraint of the opposition party, shouldn’t divert anyone from the fact that, like every other Trump speech, Tuesday night’s address was filled with untruths. (The Washington Post’s Fact Checker [Glenn Kessler and staff] deconstructed 13 of the most notable examples.) We have heard all of them before, many multiple times, but that doesn’t make them any less untrue, any less self-serving or, in the case of his cherry-picked anecdotes about murders by undocumented immigrants, any less misleading or dangerous—the latest incitement to the sort of hate crimes he belatedly denounced on Tuesday night.

Unless we are vigilant, we could easily become desensitized to Trump’s lies. On Tuesday night, the raft of his well-known falsehoods was left mainly to the fact checkers—rather than the lead writers—to enumerate. There is a warning in that and we need to pay heed. None of this is normal.

Washington was already deeply divided in September 2009 when South Carolina Congressman Joe Wilson shouted out “You lie,” after President Obama denied claims that health care reform would cover undocumented immigrants. Obama wasn’t lying. Rep. Wilson was rebuked by the House, albeit on largely party lines. (The resolution said he had committed a “breach of decorum and degraded the proceedings of the joint session, to the discredit of the House.”) He refused to back down on his accusation, but he did call the White House to apologize for what he described as a moment of frustration. And yes, he promptly turned that moment into a fundraising pitch.

Until just a few months ago journalists felt rightly squeamish about using the words ‘“lie” and “lying,” even when they caught a politician dead to rights, because of the implication of intent. It made news this past September when the Times used the word lie in a headline: “Donald Trump Clung to ‘Birther’ Lie for Years, and Still Isn’t Apologetic.” Speaking with NPR, New York Times Executive Editor Dean Baquet explained that it was a special case because “‘falsehood’ wouldn’t have captured the duration of his claim, to be frank, the outrageousness of his claim,” adding that ‘falsehood’ would have put the ‘Birther’ claim in the category of “‘usual political fare.’” It was news again in January when the Times ran this headline: “Trump Repeats Lie About Popular Vote in Meeting with Lawmakers,“ after the President insisted—baselessly, without evidence, falsely, delusionally—that he only lost the popular vote to Hillary Clinton because millions of undocumented immigrants had illegally cast ballots.

Soon after that, I started my own para-scientific experiment. I set up two Google Alerts to see how often and how widely the words “Trump and Lie” and “Trump and Liar” started appearing in the press. Part of my motivation was sociological: to see how quickly a journalistic taboo can disappear. But I also worried about what would happen if the word “lie” became banal, surrendering its ability to signal that what we are hearing is something far more worrisome and dangerous than the usual political fare. After all, never forget that dishonest speech is a telltale sign of dishonest behavior and harbinger of more such behavior, or worse, to come.

What did Google turn up? Far more references than can be summed up quickly, but here is a sampling: On January 30, a dozen articles, nearly all editorials or op-eds in national and local newspapers and magazines with the words “Trump and Lie” and “Trump and Liar”; on February 12, two dozen, a mixture of editorials and news, although the number of news stories was padded considerably by Senator Bernie Sanders’ decision to call the President a “pathological liar” on Meet the Press; on February 26, a dozen “Trump and Lie” and “Trump and Liar” references, again mainly in columns and editorials but also several news articles analyzing the use of the words.

What did I conclude? First, news editors still appear to be exercising restraint when it comes to calling a falsehood a lie. Opinion writers, who also rightly shied away from the L-word for a long time, are less skittish. Most important, if lying is already becoming banal in the Trump era, I would argue it’s not because the press is using the term more often to call Trump out; it’s because Trump is serving up falsehoods so often and so unapologetically that we are at risk of normalizing the dangerously abnormal.

To be clear: The press is admirably, tirelessly pursuing each new falsehood. The most recent example is the Washington Post’s Wednesday night scoop on Attorney General Sessions’ failure to own up in his Senate confirmation hearing to two meetings during the campaign with the Russian Ambassador. “I have been called a surrogate at a time or two in that campaign and I did not have communications with the Russians,” he told the committee. The word “lie” did not appear in the story. It didn’t have to.

But shouldn’t it also be news every time the President repeats false claims—even if we have heard those falsehoods, and heard them debunked, many times before? If the President of the United States can’t seem to stop himself from repeating untruths, no matter how often he is caught out, that’s major news.

If you retain doubts about the volume—and the abnormality—of Trump’s record, review one or more of the many reliable fact-checking lists out there. The Post’s Fact Checker gave Trump 59 “Four Pinocchios,” its worst rating, during the campaign, compared to seven for Hillary Clinton. In its new interactive, it has counted 194 false or misleading claims by Trump in the 43 days since he took office. Of the 14 Trump statements rated in February by Politifact’s Truth-O-Meter, nine were found to be “false” or “mostly false” and one (on the media not reporting terrorist attacks) was a scorching “Pants on Fire.”

BuzzFeed’s “Running List Of President Trump’s Lies And Other Bullshit” is predictably amusing, gut-wrenchingly exhaustive, and uses the word “lie” often, while insisting that it does not do so lightly:

A lie isn’t just a false statement. It’s a false statement whose speaker knows it’s false. In these instances, the president—or his administration—have clear reason to know otherwise…. The cases we call ‘lies’ are ones where we think it’s fair to make that call: Trump is saying something that contradicts clear and widely published information that we have reason to think he’s seen.

A few of BuzzFeed’s recent examples:

Whichever list or verb you choose, the volume and content raise the question of why Trump is so given to dissimulate even about the most easily disprovable or trivial facts. There are several possible explanations, and not all presuppose the intentionality that would allow me to use the word “lie” routinely or with utter certainty. That said, the other explanations for his serial untruths are no better and some are far worse.

The most charitable is that Trump gets bad information. In his case, a lot of it. That can happen to even the best officials—see Colin Powell’s presentation on Iraq and Weapons of Mass Destruction at the United Nations before the March 2003 invasion. A mistake is not the same as a lie, although Trump refuses to back down no matter how often his bad information is revealed to be just that.

It should be clear by now that Trump came to office without any plans or even the minimum requisite knowledge for governing, which makes him captive to his advisers and briefers (assuming he will sit still to briefed). When he told the nation’s governors on Monday that, “Nobody knew that health care could be so complicated,” he was almost certainly telling them his personal truth. The puzzle here is why his advisers can’t—or more ominously won’t—do a better job of getting him up to speed on the factual version of such important issues. Ignorance, bad or malign staffing, and narcissism could also be the source of Trump’s serial misstatements.

Another possible explanation is that as a lifelong pitchman, the President really doesn’t know the difference between true and false. And as a recent convert to politics, he has discovered that his supporters and enablers don’t care how many whoppers he serves up, so he doesn’t have much incentive to learn. I didn’t see Paul Ryan wince even once on Tuesday evening as Trump claimed yet again that more than ninety million Americans are out of work (most are students, retirees, disabled, or parents staying home with their kids, so they aren’t looking) and again took credit for creating thousands of new American jobs (listing business decisions made before he won the election) and for wrestling down the price of the F-35 (the Pentagon announced the savings before Trump met with Lockheed Martin’s CEO).

A far more worrisome version is that Trump, with his bottomless vanity, is an actual clinical case of a megalomaniacal fabulist. At the moment when he utters a falsehood, can he even know that it is false? If he can’t, then it isn’t lying; it is an illness. Imagine the danger for all of us if the President who may be called on to make split-second decisions about sending men, women, and machines into battle is clinically incapable of separating self-created fantasies from reality.

And finally there is the argument that Trump does indeed know the truth and is purposely, relentlessly lying as part of a conscious strategy cooked up by this White House to desensitize and ultimately demoralize the public. “All politicians lie.” “It’s fake news.” “You have your alternative facts and I have mine.”

If this explanation turns out to be the actual one, it qualifies as Putin-like (and before that Soviet- and Nazi-like) intentional reality derangement. Its aim is to seed the conviction that you can’t believe anyone or anything these days, so why bother trying? That is from page one of the authoritarian playbook.

If Americans en masse really start believing that sort of thing—rather than just saying it—then any expectation of accountability evaporates, and any hope of a viable democracy with it. We are not talking about small stakes. And that is why when a politician dissimulates so constantly, and so outrageously, there really is no choice but to call it what it is. If the President is lying, in the precise meaning of the word, we need to say so. If instead we conclude that he needs psychiatric help, we need to say that, too. 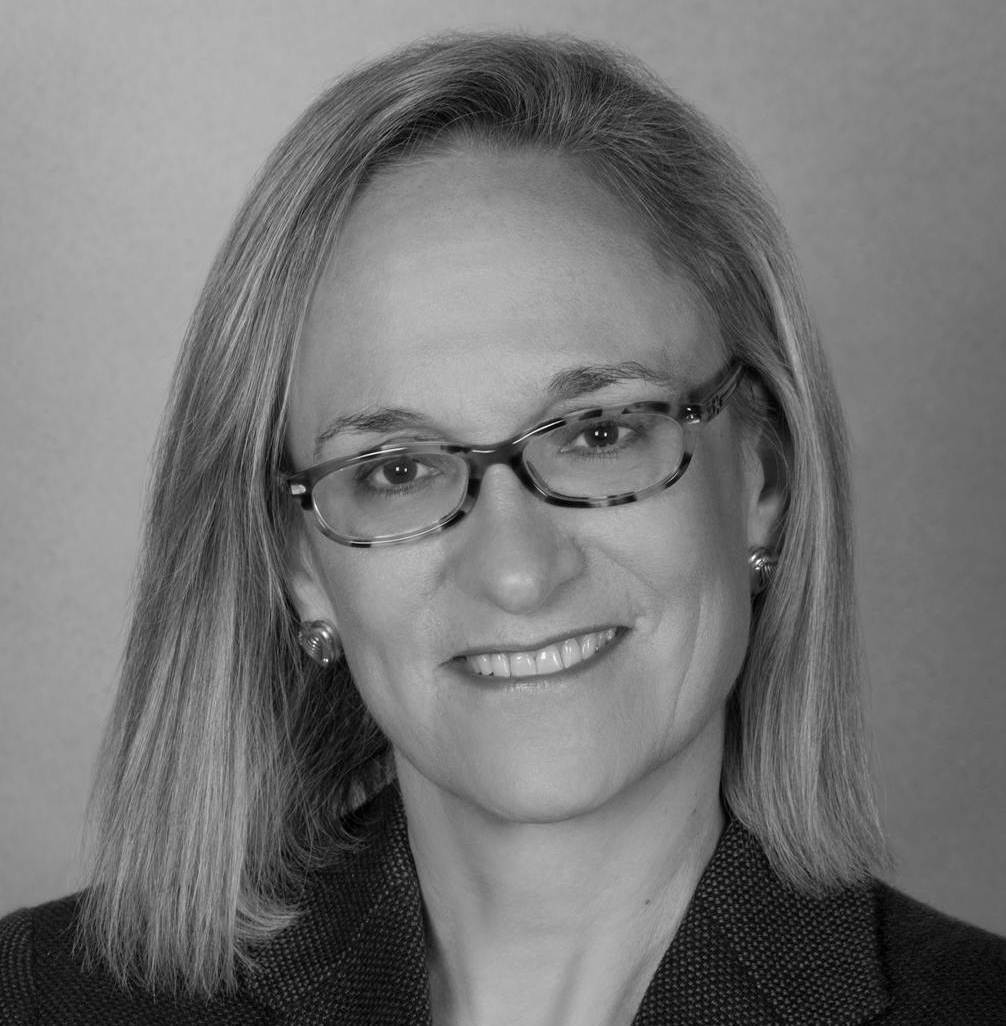