The erasure of historical memory has a high price.

“Those who cannot remember the past are condemned to repeat it,” the Harvard philosopher George Santayana famously wrote in his 1905 book The Life of Reason. Santayana thought that historical progress and personal maturity result from learning from experience, to wit: When individuals or nations remember their mistakes, they do not repeat them. When we consider what we could have done better in the past, we do things better in the future. There is even an intellectual down-market version of Santayana’s point, possibly more familiar to country than to city folk: “Learn from the mistakes of others, because you can’t live long enough to make all of them yourself.”

When experience is not retained in memory, the results are permanent political and personal infancy. We make then the kind of mistakes children do, because they have little experience to instruct them—and it is therefore no coincidence that much of current populist politics, in Europe and the United States both, appears infantile.

Populists appear childish not just in their impetuous mannerisms, but because they display no historical depth, no learning from experience. Many commentators and analysts have attempted to find what is common to Trump’s supporters. They usually use the familiar categories of class, ethnicity, gender, age, and personal economic relation to globalization. There is yet another relevant category: ignorance of history.

Today’s populism advocates an amalgam of policies that failed in the past two centuries, leading to two world wars and the deepening of the economic depression of the 1930s: Blocking international trade routes and breaking production chains through barriers and tariffs, turning away refugees, and scapegoating ethnic and religious minorities for economic difficulties. A Europe of truly independent nation-states will restore the mentality of the great-power politics of the 19th century, only without the power: Russia will emerge strongest from the process of renationalizing security policies.

Populism was not supposed to happen. During the 20th century, humanity subjected itself to a painful learning process by trying ideologies from the totalitarian extremes of the conventional Right and Left. The extreme Right led to the catastrophe of World War II. The extreme Left collapsed with the Soviet Bloc in 1989. At the end of the Cold War, Francis Fukuyama argued that humanity had learned its lesson and, by elimination, only liberal democracy was left standing at the (philosophical, not literal) end of history. A minor assumption in Fukuyama’s reasoning was that nations do learn from history, retain the lessons, and pass them down through the generations. He did not examine at any length the possibility that societies might not remember failed historical experiments and so unwittingly repeat versions of them.

Alas, it happens. Nations devoid of historical consciousness are condemned to “Sisyphean politics,” following the ancient Greek (and Camus’s existentialist) myth about King Sisyphus who spends eternity rolling a huge boulder up a mountain. When he reaches the top of the mountain, the boulder rolls down. Sisyphus must roll it up the mountain yet again. If he’s smart, once he gets it up to the top this next time, he and his friends will build a structure of useful historical memory to keep the damned thing up there, for without historical memory, societies retry the same failed ideologies and policies that lead to disaster, again and again, in an endless cycle of failed populism, cataclysmic disasters, democratic rebirth, and a return to populism. Argentinean history serves as an obvious example of the cycle, but it is far from the only one.

It’s an obvious point, yes? Not so fast. Some educational policymakers and political leaders reacted to the economic mess of the past decade as if historians (and philosophers, poets, and so on) were responsible for the recession of 2008–9. Some argued that if students received narrow professional training and avoided general education in world history—if there were more welders and fewer philosophers, to quote failed presidential contender Marco Rubio—the economy would grow better. The Blue Ribbon Task Force on State Higher Education Reform recommended to the University of Florida a few years ago that it charge history and other humanities majors higher tuition to discourage students from wasting energy learning about and possibly from the past. Task force chairman Dale Brill, a businessman appointed by Governor Rick Scott, said the recommendations were based on “logic.”

This is no surprise, really, for the United States is one of the few places in the world where the common aphorism “that’s history” means “that’s irrelevant.” (In Europe, as José Manuel Durão Barroso has recently reminded us, the same phrase means “we can’t do anything about it,” which is very different.) This attitude, apparently, is not limited to the United States. In a recent interview, Patrick Johnston, the president of Queens University Belfast, claimed that,

…[S]ociety doesn’t need a 21-year-old that’s [sic] a 6th-century historian. It needs a 21-year-old who really understands how to analyze things, understands the tenets of leadership and contributing to society, who is a thinker and someone who has the potential to help society drive forward. I don’t talk about producing graduates, I talk about producing citizens that [sic] have the potential for leadership in society.1

Indeed, what can Northern Ireland possibly learn from its past? It might as well repeat it if it doesn’t learn.

Politicians who aspire to win the votes of people who do not remember history profit from keeping them historically uneducated—not that this usually requires much effort to pull off. For example, had voters known more about ancient Greek history and political philosophy, they would have known how the rule of demagogues led to the destruction of Athenian democracy. Learning about the politics and economics of the 1930s and the policy missteps that prolonged that crisis would have excluded much of the current populist policies.

Without history, we may have the internet of things, self-driving cars, and a populist racist dictator, just as the rise of authoritarianism in Europe the 1920s and 1930s coincided with the spread of electricity, indoor plumbing, and radio. Technical progress should never be confused with social progress; history really does teach that. But the blithe conceit of contemporaneity tempts many people to exactly such confusion.

Some European cases in point: Hungary and Poland have elected populist governments in recent years and Austria almost elected a right-wing extremist president recently (and may have another chance to do so in repeat elections this autumn). All three of these societies, and others nearby, share an absence of coming to terms with their relevant recent histories. Poland and Hungary were the first Soviet bloc countries to transition to democracy in 1989. Their Communist leaders were able to drive a hard bargain with opposition leaders. But the intended and unintended consequences of those bargains allowed the Communists to keep the economic spoils of their (mis)rule, and resentment against this rarely spoken of historical injustice has slowly but surely fed into the rise of populist movements. Poland in particular was doing so well, people said; how could the Polish nation have snatched populist squalor from the jaws of liberal victory? That’s how.

It is no coincidence that these Central European countries’ elites, unlike those of postwar Germany, suppressed their true interwar and World War II histories. Austrians convinced themselves that they were Hitler’s first victims. Hungarians suppressed memories of the Horthy regime’s eager collaboration with the Nazis. Official Poland has yet to acknowledge that the country ever had a problem with anti-Semitism. Suppression of an inconvenient past allows that suppressed past to return. It is now returning with a vengeance; behold the revenant of forgetfulness in Mitteleuropa. Its rock has tumbled back down the hill, hitting the heads of those who let it slip down the historical slope.

Everyone, just about, knows Santayana’s famous quote, but very few have ever read his once-classic 1905 book. If one goes back to recover the fuller context of Santayana’s famous remark, one finds that he also cautioned against the opposite of historical amnesia. That is to say, he warned against thoughtless repetitive reactions to new situations, explaining that continual adaptation is the price of historical and personal longevity. For example, despite the traumas, not every political compromise is a reenactment of the Munich Accords, not every attempt to negotiate is “appeasement,” not every tin-pot dictator is “Hitler,” not every atrocity is a new Holocaust, and not every U.S. intervention abroad is a new “Iraq.” Santayana recommended balancing the retention of the lessons of history with a plasticity of reaction to new situations.

This is not easy to do over the long haul, and its difficulty is not a new observation. Deuteronomy 25:19 includes this double commandment to be fulfilled over the generations: “You shall blot out the memory of Amalek from under heaven; you must not forget.” The plain meaning of the statement seems a contradiction: If you succeed in fulfilling the first part of the commandment, the second part becomes impossible, for how can you remember to blot out something that has been already blotted out? Some subtle commentary on this verse is very Santayanish. You are to identify evil and the harmful consequences with which it is associated so that you can protect against ever having to go through the trauma again; and you make sure to remember to do this as time passes, for evil can be perduring.

We may have entered an era of Sisyphean politics, where the balance between amnesia and obsessive repetition has tilted radically in favor of the ahistorical repetition of the past.

1Rebecca Black, “More than a third of students leave Northern Ireland at 18; we cannot afford to lose such talent—but they’ll only return if there are opportunities,” The Belfast Telegraph, May 30, 2016. 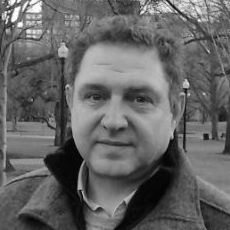