The answer, in short, is democracy. The U.S. should do more to defend it.

When Presidents Ma Ying-jeou and Xi Jinping meet on Saturday in Singapore, it will be the first top-level encounter between Taiwan and the People’s Republic of China since the end of the Civil War in 1949. With Taiwan’s economy only about the size of North Carolina’s and barely one-twentieth the size of China’s, the meeting appears a mismatch of enormous proportions.

But remember that elephants really are afraid of mice. Beneath Beijing’s bluster, Taiwan terrifies China because the small island represents a magnificent vision of what the mainland could be and what the Communist Party is not. This should be a reason to reaffirm that defending democracy in Taiwan is important to America and the region—and as an example for the PRC to follow. But like Ma’s unpopular government, the Obama Administration’s first instinct in this context is to bend to mainland sensitivities on this issue, weakening the defense of the Taiwanese democratic way of life in the process.

It has become fashionable for many American Asia hands to decry elevating political reform as a top level agenda in the region, especially with respect to China. This makes superficial sense. Asia has the full spectrum of political systems: from North Korea’s perverse totalitarianism to the softer authoritarianism and incomplete democratic systems of countries such as Singapore and Malaysia to genuine liberal democracies such as Japan and South Korea. Why run the risk of inadvertently insulting a friend or partner even if one’s intended target is someone else?

Asia has come a long way from the years after the Second World War when indigenous autocrats took over from colonial masters. A number of autocrats still rule. But throughout much of Asia, there is broad consensus that liberal institutions are a prerequisite for the creation of stable and prosperous societies: rule-of-law rather than rule by executive privilege; independent and competent courts and other bodies for adjudication and arbitration; protection of property and intellectual property rights from state appropriation or theft; and limitations on the role of the state in commercial and social affairs.

To be sure, many Asian states fail to meet these lofty standards, while some pay only lip service to them. But the appetite for democracy promotion done well is strong in Asia because liberal reform has worked miracles over many decades: think Japan, South Korea, Taiwan, and on-again-off-again Thailand. Malaysia and Singapore will eventually follow, as will Indonesia and perhaps Burma. Such is the attraction that even the charter of the Association of Southeast Asian Nations (ASEAN), a grouping which includes Indo-Chinese one-party states such as Vietnam, now upholds democracy as one of the core principles and objectives for ASEAN.

The PRC is the outlier in this respect. Its Communist Party insists that Confucian cultures, with their high regard for social hierarchy and top-down authority, are inherently unsuited to liberal democracy. Its neighbors would counter that it is Beijing’s low domestic requirement for negotiation, compromise, and justification of one’s policies that might help explain the country’s increasingly assertive and bullying behavior in East Asia as its power grows. In any event, the self-serving thesis has been contradicted by the emergence of democratic Japan and South Korea, both of which have strong Confucian characteristics.

But it is the bustling Han Chinese nation of Taiwan that decisively disproves the thesis, and the whole region, including the PRC, knows it. While this so-called renegade province makes up only 1.5 percent of the population of greater China, it is the most successful and vibrant Chinese model on offer. In contrast, the PRC is fighting the future, and even allocates almost as much to the military-trained People’s Armed Police as it does the People’s Liberation Army just to control domestic unrest and ensure the Party’s hold on power.

It is a shame, then, that President Obama has not done more to extol the virtues of Taiwanese democracy and contrast it with the PRC’s political system. A speech on the sidelines of the G-20 Summit in Brisbane was the first and only time the President lauded the emergence of democracy in Taiwan to a global audience. And even then, this occurred almost six years into his administration.

Not that Obama stands alone. Some 36 years after passing the Taiwan Relations Act into law, a growing litany of humiliations to please the PRC has been heaped on Taiwan despite that country’s political and economic achievements. This includes prohibitions on Taiwan’s President and ministers from travelling to Washington for meetings and restrictions on high-ranking U.S. military officials from visiting the island. Some way to treat a country the United States is committed to help defend against invasion.

By removing the centrality of political values in explaining and justifying U.S. policy in the Taiwan Strait, Washington has inadvertently ceded the moral high ground. Defending Taiwan is no longer about underwriting a liberal order in Asia that leads to democratization. Instead, the cross-strait dispute is becoming little more than two great powers pursuing their strategic interest. Which means Beijing’s riposte to the United States is to simply demand that it stop messing about in China’s backyard.

Ma has indicated he sees the meeting with Xi as a bridge-building exercise with the mainland and will seek Beijing’s blessing for more countries to recognize Taiwan as a separate diplomatic entity within the existing “One China, Two Systems” framework, something the PRC is unlikely to acquiesce to.

Fast forward only a little to next year. There will be new American and Taiwanese leaders elected, and the regional hunger for democratic governance will only increase. “One Country, Two Systems” will remain the status quo. But giving better support to Taiwan and openly propounding its way of life as the legitimate model for the mainland will help feed that hunger. 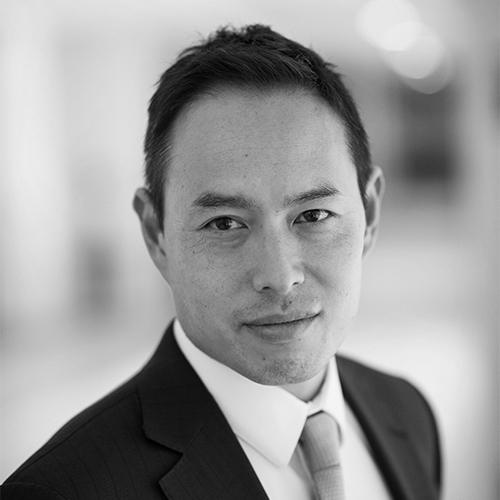