U.S. policy on democracy support, especially during the Obama administration, has been largely reactive. We seem to be constantly playing (and mostly losing) a giant game of Whac-a-Mole.

Modern authoritarianism is on the march, driving an eight-year global decline in democracy and posing a serious threat to U.S. values and interests. The continued Russian support for armed separatists in Ukraine and the recent court verdict in Egypt against Al Jazeera journalists are just the latest examples. Modern authoritarians tend to claim a popular mandate through elections and preserve a semblance of pluralism even as they hollow out its content. They present a façade of respectable leadership abroad but spawn many of the threats to U.S. security and economic interests and undermine international norms and institutions designed to constrain abuses of power.

Meanwhile, U.S. policy on democracy support, especially during the Obama administration, has been largely reactive. We respond, vigorously or not, to one setback after another—to mass convictions of opposition activists in Egypt, attacks on journalists in Pakistan, Venezuela’s crackdown on protests, China’s prosecutions of human rights activists, election fraud in Azerbaijan, new internet restrictions in Vietnam, additional restrictions on non-governmental organizations in Algeria, efforts in Kenya to cut off foreign funding for NGOs, and so on. At times, as in the Kenya case, domestic resistance and international criticism manage to stall or defeat a repressive measure. More often, however, the international condemnation is ignored and the repression continues. The United States and other democracies are constantly playing (and mostly losing) a giant game of Whac-a-Mole.

In its day-to-day diplomacy and foreign aid, which includes more than $2 billion a year for democracy assistance programs, the U.S. government supports local efforts to build key components of democracy, such as competitive elections, accountable government institutions, independent media, vibrant civil society, and respect for human rights. But authoritarian regimes around the world increasingly constrain or block this support. They are, as Thomas Carothers has explained, “erecting legal and logistical barriers to democracy and rights programs, publicly vilifying international aid groups and their local partners, and harassing such groups or expelling them altogether.”In Egypt, United Arab Emirates, Russia, and Bolivia, authoritarian regimes have shut down programs funded by the U.S. government. There have been efforts to find ways around the restrictions on foreign funding for local pro-democracy groups and to reassert international recognition for the right of civil society organizations to receive foreign funding, but for the most part the response from the West has been tragically muted.

The United States needs to take the initiative away from authoritarian rulers and target their weak spots—impunity and corruption. It should press for democratic outcomes in key places such as Ukraine and Tunisia, while sustaining vigorous long-term efforts to support the emergence of democracy in countries of consequence.

A focus on holding individual officials accountable for human rights abuses has several clear benefits. First, it is grounded in human rights principles that virtually every country claims to respect. Thus it aims to hold governments to their own international commitments, and often to their own constitutions, rather than explicitly condemn another country’s form of government.

Second, holding individuals accountable can arguably deter future abuses more effectively than general pablum about human rights violations. If a definite penalty hangs over the head of a crime’s perpetrator, he (or she) may think twice about committing it.

Third, and perhaps most important, calls for individual accountability force authoritarian rulers to make a difficult choice: either protect the most repugnant officials in their regimes, thus attracting further scrutiny to the worst aspects of their rule, or cut loose the very officials who do their dirty work and keep them in power.

A focus on exposing high-level corruption, meanwhile, would target the Achilles heel of modern authoritarians. In recent years, they have grown adept at deflecting domestic and foreign criticism of their human rights violations by portraying domestic activists as tools of foreign governments. For instance, by latching onto the supposed threat of a “gay agenda”to portray human rights as an imposition of alien values rather than universal norms, they are deftly able to change the conversation domestically. But corruption is different. Ordinary people readily understand—and detest—the injustice of rulers enriching themselves at citizens’expense, particularly when those citizens are struggling to make ends meet. Anti-corruption initiatives can broaden the constituency for democratic reform.

High-level corruption often contributes to, or even drives, a rise in human rights abuses. Corrupt leaders stand to lose their source of ill-gotten gains and their accumulated wealth if they leave office, and thus are inclined to go to ever greater lengths, and resort to increasingly grave abuses, to hold on to power. Former Ukrainian president Viktor Yanukovych is a prime example. As he and his family rapidly accumulated massive wealth, restrictions on media intensified, basic freedoms of speech and assembly eroded, opposition figures were selectively prosecuted, and elections became increasingly manipulated. Efforts to expose high-level corruption thus serve in many cases to target the source of repression as well.

The Magnitsky Act, which imposes U.S. visa bans and asset freezes on Russian officials involved in gross human rights abuses, provides a useful template for this kind of action. Magnitsky sanctions could be replicated for other countries, such as Venezuela or Bahrain, or even applied worldwide. U.S. Senators Ben Cardin and John McCain have introduced a bill, which was approved by the Senate Foreign Relations Committee in June, to make the Magnitsky Act global—in other words, to bar human rights abusers anywhere in the world from entering the United States or using American financial institutions. A global Magnitsky law would raise the possibility of sanctions on any human rights abuser, wherever one is found. It would thus be more effective in places like China and Saudi Arabia, U.S. security and economic interests discourage strong a strong stance on human rights.

The assets stolen by corrupt authoritarian rulers and officials are often laundered through the international financial system and placed in anonymous shell companies in secrecy jurisdictions, with the real, “beneficial”owner shrouded in secrecy. They tend to attract little scrutiny, unless a corrupt dictator falls from power and the successor government seeks to recover his assets, as has been the case with Ukraine, Libya, and Tunisia. Even then, the recovery of assets is a grindingly slow and arduous process. Rather than wait for authoritarian regimes to collapse, the United States and its allies could more vigorously go after the assets of corrupt regime officials, especially those of the officials sanctioned under Magnitsky legislation today. It would help set a painful precedent for kleptocrats and sharpen the edge of any kind of global Magnitsky-like legislation that could follow.

Greater transparency in the financial system is critical to advance efforts to identify and root out corruptly acquired wealth. To that end, the United States ought to end the secrecy surrounding company ownership at home—it is, after all, a leading secrecy jurisdiction—and press other countries to do the same. It can start by carrying out the commitments it made at the G-8 summit in June 2013, particularly its Action Plan for Transparency of Company Ownership. The ability to identify the real owners of companies would have the added benefit of helping U.S. law enforcement track down the assets of tax-dodgers, drug cartels, and other assorted criminals.

If the U.S. government ups its efforts, independent human rights organizations could do more to identify and spotlight individual officials of repressive regimes who commit human rights abuses. Rather than focus on the crimes themselves as a means of raising global awareness, as many NGOs do now, they should shift the focus to the individuals responsible. These officials typically attract little if any attention and probably see little risk that they will ever be held to account, particularly if they serve a well-entrenched regime. Human rights groups ought to do more than document abuses and give voice to the victims; they should put greater emphasis on identifying and exposing the perpetrators. For example, they should further publicize the names and photos of Iranian judges who have imposed jail sentences on prominent dissidents and of senior Chinese provincial officials who order crackdowns on peaceful protests, the repression of ethnic minorities, or the arrest of anti-corruption activists.

U.S. support for democracy abroad is a long, hard slog. Most authoritarian regimes are entrenched, and semi-democratic countries face substantial challenges in strengthening their democratic institutions. The United States should have no illusions about any of this, and must find it in itself the commitment to sustain a steady, long-term policy of actively opposing repression by authoritarian rulers and supporting efforts by citizens to hold their government to account.

To support democracy effectively, the United States must use the leverage it has. We cannot, for example, expect the Egyptian military to heed our calls for restraint when we impose only modest consequences for its coup and violent crackdown; neither can we persuade the Ethiopian government to loosen its chokehold on civil society and independent media if it continues to receive U.S. economic aid without conditions. Rhetorical support for human rights is insufficient; the United States needs to take concrete actions and pursue coherent strategies if it is to persuade authoritarian rulers to respect the rights of their citizens.

The United States can support democracy at the same time as it pursues U.S. security and economic interests abroad and engages with authoritarian governments, both friendly and hostile. Apart from supporting a kind of global Magnitsky Bill, the outlines of a foreign policy that is realistic yet also puts human rights at the forefront looks like this:

A serious overhaul of U.S. policy on democracy support more than five years into the Obama presidency probably is too much to expect; this president has other priorities. But the next president really should take a different tack. And it won’t necessarily be easy. Presidential candidates will need to make the case to American voters for strong U.S. global leadership, including a full-throated support for democracy abroad. The case should be made not just on the level of ideals, but also as a strategic imperative. 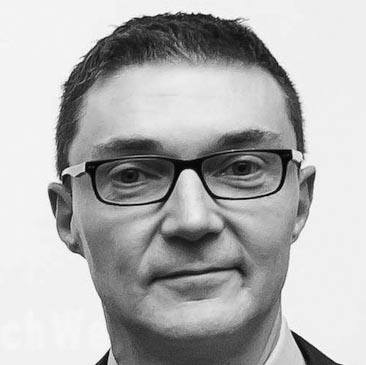