Podcasts
About Us
Privacy
Hard Containment
Mitchell B. Reiss

Our great foreign policy experiment with North Korea and its nuclear weapons program is over. For most of the past twenty years, three strands of thought about how to deal with this problem have competed for primacy. There were those who advocated energetic engagement with North Korea, forgiving their serial trespasses and being willing to jolly (or bribe) Pyongyang back to the negotiation table each time it walked away in the belief that, ultimately, there was a deal to be had out there, somewhere, that would solve the problem. Opposed were those who argued, “It’s the regime, stupid”, that there was no deal to be had, and that the threat would end only when the regime changed (even if these advocates lacked any realistic idea of how to achieve this goal). Between these two poles, a third group pleaded agnosticism as to whether North Korea was willing to surrender its nuclear weapons programs but was prepared to test the proposition, because even if Pyongyang did not surprise us with a “yes”, diplomatic failure could facilitate more robust measures. By and large, this third group prevailed over its more liberal and conservative critics.

All this has now changed. After North Korea’s detonation of a second nuclear device this past May, combined with the launching of short-range missiles, its repeated assertions that it now wants to be treated as a nuclear-weapons state, its admission that it has been developing a uranium-enrichment program and, significantly, its transfer of a plutonium-production plant to Syria, none but a few die-hards hold out any hope that the Six-Party Talks can be revived and, if revived, that they can succeed. Regrettably, however, this group of die-hards appears to include some voices inside the Obama Administration, and President’s Bill Clinton’s liberation of two young American journalists from the North Korean gulag last August has set these false hopes soaring once more.

Sooner or later, they will crash back to earth. Pyongyang has shown no interest in returning to the status quo ante and has instead called for bilateral talks with the United States on the basis of “equality.” In typical fashion, Pyongyang has already decided to generate new negotiating leverage for itself by restarting its nuclear facilities at Yongbyon and shooting more missiles. Its larger objective is to preserve its nuclear weapons capabilities and force the other parties to acknowledge its status. Pyongyang would use any negotiations to create a bilateral process with Washington that would marginalize our allies and focus not on rolling back its nuclear program, but on extracting a price for merely capping it.

And why shouldn’t Pyongyang believe that Washington will finally come around to its point of view? U.S. responses to the North’s past provocations—ranging from separating plutonium to money laundering to ballistic-missile tests to its first nuclear detonation—have been a master class on Elizabeth Kubler-Ross’s five stages of grieving: denial, anger, depression, bargaining and then acceptance. The Obama Administration seems headed along the same trajectory. Secretary of State Hillary Clinton’s undiplomatic comments that North Koreans were “unruly children” who were “acting out” suggested an Administration somewhere between anger and depression. China and Russia have already reached the bargaining phase, having publicly called upon the United States to re-engage with North Korea. Can acceptance be far behind?

Savvier members of the Obama Administration may believe that incentives are needed, not for changing North Korea’s behavior, but for persuading China and Russia to enforce UN Security Council Resolution 1874 and tighten other financial screws on the North. But even if the latest sanctions succeed, and the jury is still out on that “if”, what is the strategic objective? North Korea has stated that it will only return to the Six-Party Talks as a nuclear weapons state, a status the Obama Administration has adamantly stated it will not accept. And if the Administration reverses course and decides to accept a cap on Pyongyang’s programs (what’s Korean for “nuclear cap and trade”?), is there any chance that Congress would vote billions (or even hundreds of millions) of dollars to provide life-support for a nuclear-armed regime in the North?

Were North Korea content to manufacture a nuclear stockpile, molest its own people and mutter threats against its neighbors, it would pose a risk to regional and international security, but one that could be deterred and contained. However, its recent provocations, combined with its willingness, perhaps even eagerness, to run roughshod over every nonproliferation “red line” ever drawn, have now altered the strategic calculus. The export of a plutonium-production reactor to Syria was a wake-up call that North Korea was unwilling to admit to, never mind honor, any constraints on its proliferation activities. The absence of any penalty for this behavior reflects the sorry state of the international nonproliferation regime in the early 21st century. It was also an indication of how far the Bush Administration had lost its strategic moorings as it “defined proliferation downward” by discounting Pyongyang’s actions in the futile hope of preserving a faltering diplomatic process.

The Obama Administration should heed the words of former Secretary of Defense Bill Perry, who a decade ago admonished that “we must deal with the DPRK regime as it is, not as we might wish it to be.” This means that the United States, as well as the other main pillars of the global nonproliferation regime, needs to abandon the notion that the Six-Party Talks can somehow turn back the North’s nuclear clock. Instead, the strategic endpoint should be the demise of the regime in Pyongyang, whether under Kim Jong-il or some other like-minded autocrat. However, policy options like military intervention or support for (non-existent) internal dissidents are not viable. A new strategy is needed: an approach that might be termed “hard containment.”

Hard containment would require the rigorous application of comprehensive sanctions, the cooperation of all of the North’s neighbors and key trading partners, and a willingness to use military force if necessary to support the sanctions regime. George Kennan understood that containment was a form of regime change. But if his original idea was the “long-term, patient but firm and vigilant containment” of the Soviet Union, hard containment would be less patient and more firm, aiming to break a regime that is far more fragile than the Soviet empire ever was.

As part of a strategy of “hard containment”, the United States should ask the UN High Commissioner for Human Rights to formally request permission from China to establish refugee camps for all North Koreans fortunate enough to escape the world’s largest political prison. A sanctuary across the Yalu River would act as a magnet for disaffected North Koreans; this step alone would deeply unsettle the Pyongyang regime. The United States (and others) should also continue to offer humanitarian assistance to the North, as long as such aid could be monitored to ensure that it goes to the truly needy.

More aggressive treatment of North Korea would raise the costs of its enhancing its nuclear weapons and ballistic missile capabilities. It would also force the regime to focus its limited time, energies and resources on coping with domestic shortages and elite dissatisfaction. Would targeting the regime in this manner increase the risk that Pyongyang, in its desperation, will transfer nuclear technology to other countries? Perhaps, but it may not make much difference: North Korea has already proven that it is willing to sell nuclear secrets to the highest bidder.

The challenge for the Obama Administration is to forge a consensus around this new strategy by enlisting South Korea, Japan, Russia and especially China. Beijing is understandably wary about trading the current measure of stability in Northeast Asia for a highly uncertain future. How would its security and financial interests be preserved in a post-North Korea environment? What role would it have in shaping a reunified Korean peninsula? Would South Korea inherit the North’s nuclear weapons and ballistic missiles? Would American troops be redeployed north of the 38th parallel after reunification and, if so, how many and with what capabilities? How would China handle the expected flood of North Korean refugees? South Korea, Japan and Russia have their own concerns, and none are keen on accelerating North Korea’s demise without a sense that they can control or at least mitigate the consequences.

Winning the support of China, South Korea, Japan and Russia for a policy of hard containment will not be easy. But four steps the Obama Administration can and should take will improve its chances of success.

First, their willingness to sign up for a hard containment strategy and stay the course would be enhanced if the United States were seen as retaining an option of engaging in dialogue with North Korea. All stick and no carrot is unsustainable diplomatically with those the United States needs to enlist.

Second, the President needs to prioritize among an already crowded set of foreign policy challenges. The North Korean threat needs to be moved to the top of the agenda for U.S.-China relations, the G-8 and other relevant forums. One reason is the demonstration effect that the policy can have on Iran and other potential proliferators.

Third, the United States itself needs to get tougher on the North before others will likely do so. (How is it possible after all this time that we keep finding additional North Korean entities to sanction?) Toward this end, the Obama Administration needs to revive the core group responsible for the Illicit Activities Initiative, the quietly effective Bush Administration program that targeted the North’s lucrative trade in narcotics and counterfeit currencies.

Finally, within a remarkably short space of time, President Obama has revived America’s global image. But North Korea’s repudiation of his open hand risks exposing the President as naive and unsophisticated, while undermining America’s credibility more broadly. President Obama needs to place some of the international goodwill he has generated in the service of a hard containment strategy that dares to imagine a Northeast Asia without North Korea. 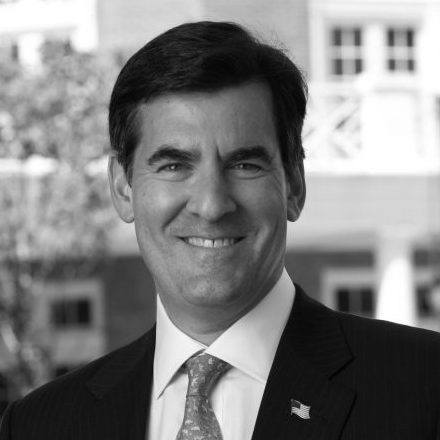